Rabbi Leibel Stolik from Chabad of South Palm Beach performs the Tashlich ceremony, which traditionally takes place on the afternoon of the first day of Rosh Hashanah. 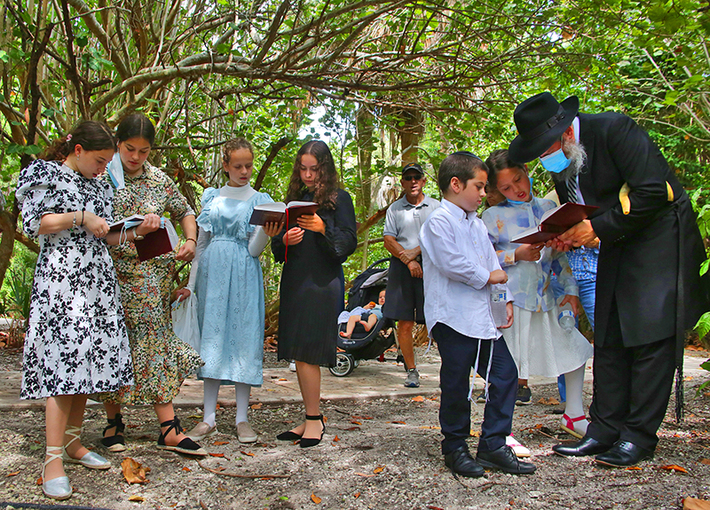 The rabbi reads from the Torah with some of his family and members of the Chabad during the ceremony. Jews symbolically cast off the sins of the previous year by tossing pebbles or bread crumbs into flowing water. This group began walking at the Lantana Nature Preserve and ended at Lake Worth Cultural Plaza while making several stops along the way. Photos by Tim Stepien/The Coastal Star Jewish law states that the shofar be blown 30 times on each day of Rosh Hashanah, and by custom it is blown 100 or 101 times each day.