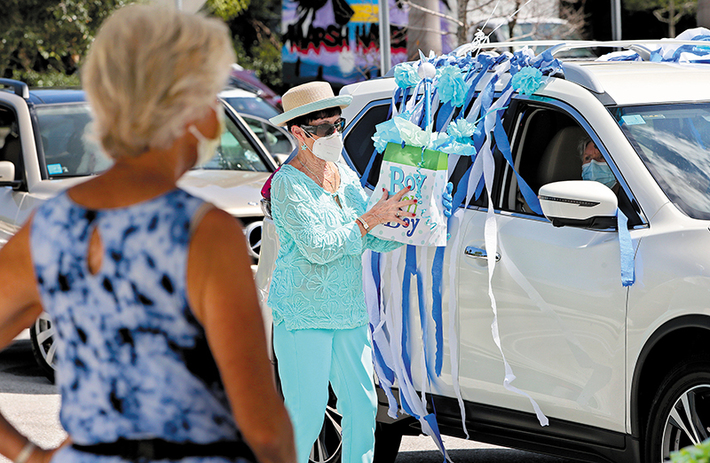 First Presbyterian Church of Delray Beach added a new member to its church family in September and staged a baby shower the hard way.

The Community Church by the Sea, as it is also known, welcomed Pierre Isaac Rapier, son of the Rev. Greg Rapier and his wife, Lissette. It’s the first baby the church has added to its worship family in many years, so the congregation was excited. 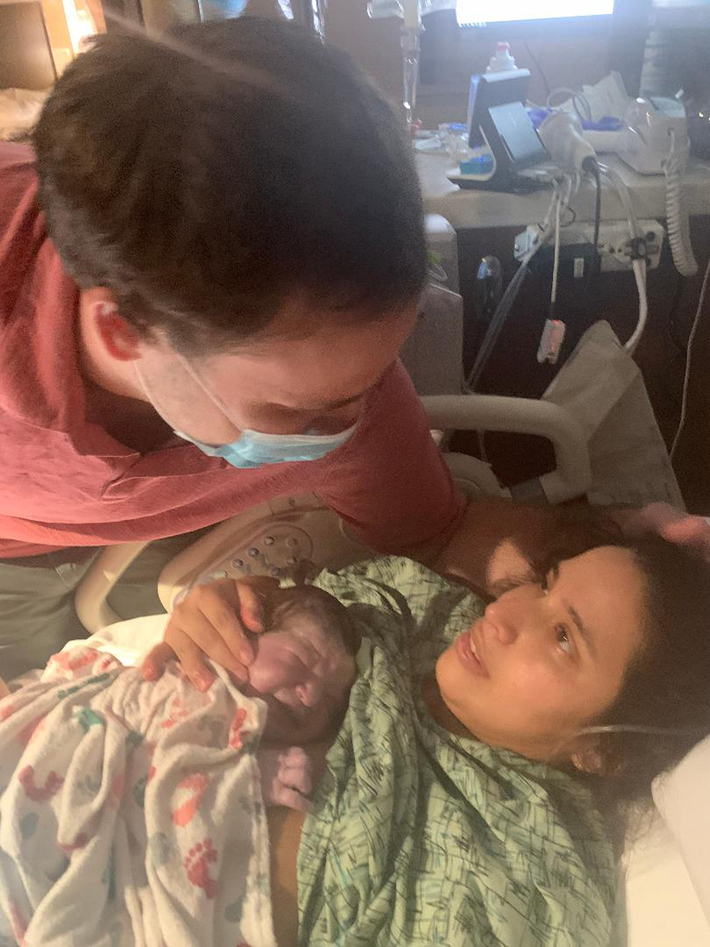 Even the coronavirus pandemic wasn’t going to stop the parishioners from commemorating such a blessed event, so they did what lots of people have done: They staged a drive-by celebration.

On a sweltering Saturday in September, dozens of guests gathered — even Marie Buss, age 94, who had made a special baby blanket for Pierre. People decorated their cars and more than 50 vehicles led by a bagpiper made an orderly parade past the happy couple.

Linda Prior, who helped organize the event, thought busy Gleason Street might get clogged with traffic, but guests seemed to trickle in, which was just perfect, she said.

For a few minutes, it looked like the mother-to-be might not show: Lissette was having contractions but her doctor cleared her to make a quick visit to the church.

“She’s been fantastic,” Greg Rapier said. “It wasn’t exactly what she signed up for.”

Greg said the events surrounding the late September birth were “exhausting and joyful,” and for the first time he was almost grateful for the pandemic restrictions because the new family enjoyed a little solitude.

But the Rapiers also faced the challenge of being on their own with no help to fall back on in caring for the baby.

“I always knew this,” Greg said, “but it’s even clearer now: Love is a lot of hard work and sacrifice.”

St. Paul’s Episcopal Church in Delray Beach is welcoming a new director of music ministries to replace Dr. Paul Cienniwa, who took a position as the orchestra director for the Binghamton Philharmonic in New York.

Although the church resumed limited in-person Sunday services in September, the Music at St. Paul’s program has not resumed. Macfarlane won’t begin his work until January.
St. Paul’s Episcopal Church is at 188 S. Swinton Ave.; www.stpaulsdelray.org; 561-276-4541.

St. Vincent de Paul Regional Seminary in Boynton Beach announced that Pope Francis appointed SVDP’s rector and president, Msgr. David Toups, as the new bishop of the Diocese of Beaumont, Texas. Toups, who was ordained in 1997, served SVDP as rector and president from 2012 to 2020 and as assistant dean from 2004 to 2006. During the past eight years he oversaw major renovations and expansion at the seminary.

Thanks to kindhearted people, many Jews were able to celebrate the most important Jewish holidays of the year even in the midst of a pandemic.

The three nonprofits, with more than 150 volunteers, packaged 230 holiday meals, loaded them into cars and delivered them to 173 households in Boynton Beach, Lake Worth Beach, Palm Beach Gardens, Royal Palm Beach, Wellington and West Palm Beach.

The Alpert JFS is a nationally accredited service provider for children, adults, seniors and Holocaust survivors.

For the first time in more than 50 years, the ladies of Holly House at First Presbyterian Church of Delray Beach won’t host their large, annual sale of handcrafted holiday items at the church. But that doesn’t mean the ladies have been idle.

The crafters have been busy making holiday items, but they’ve moved sales mostly online to the Facebook Marketplace. You can find all the adorable decorations and gifts you love there.

Shoppers are welcome to make an appointment to visit in-person Tuesday, Thursday, and possibly Saturday mornings to make purchases.

It is cash and carry. Masks are required. By making appointments, the church can limit the numbers of shoppers at one time.