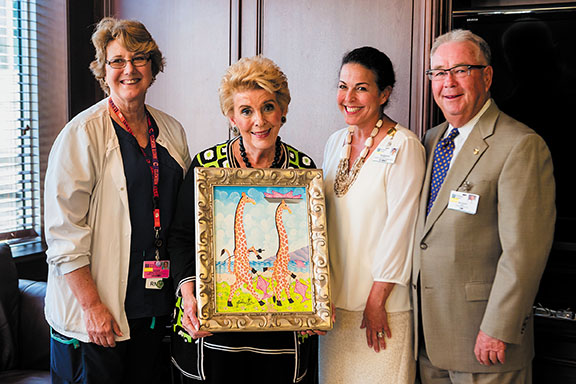 Donors who contributed to the hospital’s Level III Neonatal Intensive Care Unit were invited to take a sneak peek of the new unit. Donations from the past three years raised more than $1 million to make the renovation possible. A special gift from Yvonne Boice was unveiled at the event: a painting by Haitian artist Joel Gauthier featuring giraffes that match the theme of the NICU. ABOVE: (l-r) Vicky Crawford, Boice, Barbara James, vice president and executive director of Bethesda Hospital Foundation, and Roger Kirk, hospital president and CEO. Photo provided by Downtown Photo