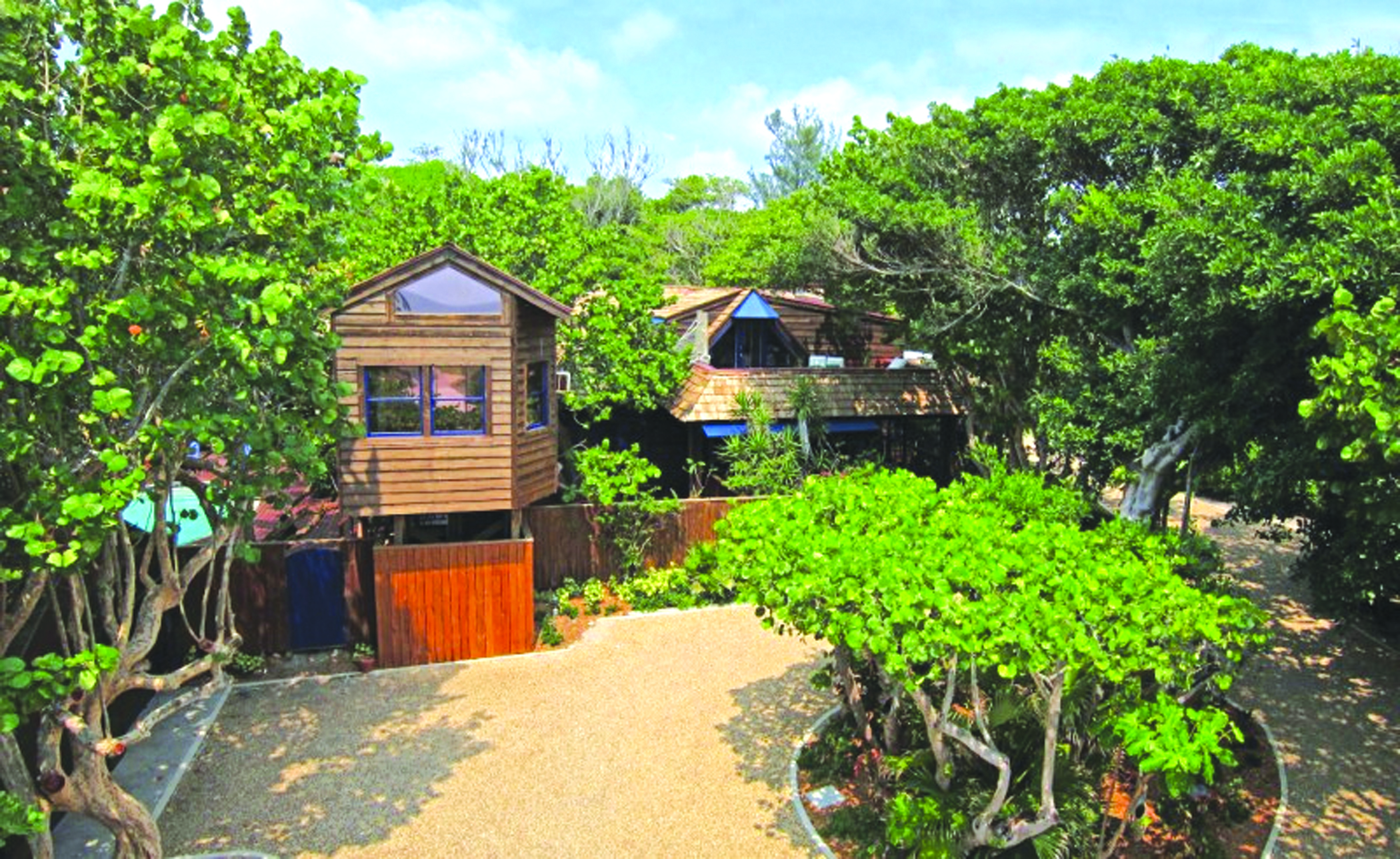 Developer Frank McKinney is hoping to get the green light to split his remaining historic Delray Beach oceanfront property into two lots while at the same time making changes that would minimally impact the 1935 home on the property, built by famed cartoonist Fontaine Fox.

This summer, McKinney brought his plans to the city’s Historic Preservation Board for a concept review, aiming to divide the property at 610 N. Ocean Blvd. into two lots, each with 100 feet of frontage on State Road A1A.

As part of the project, McKinney plans to remove a 1960s addition to the original Fontaine Fox home that would be encroaching on the proposed new parcel and reconstruct it on the south side of the home. There it would serve as a connection between the main house and an existing guesthouse.

The guesthouse would be used as the bedroom for McKinney’s 14-year-old daughter, who has outgrown a small, second-story bedroom originally used as her nursery.

“Our goal is to make responsible physical and functional improvements for our family and any future owners without devaluing the intrinsic historic nature of the property,” McKinney said, adding that he and his wife thought it unsafe to let their teenage daughter have a room in a cottage totally separated from the existing house. “This protects the historic integrity of the home while solving many issues for us and any future owners.”

During his presentation to the preservation board, he outlined plans to create landscaped setbacks on both the north and south sides of the new property to minimize its impact. His plans also include the 70-foot setback requirement from Ocean Boulevard for a new home built on the property.

The newly created parcel would retain the historic designation of the original 2.5-acre property and will thus be subject to Historic Preservation Board regulations.

McKinney’s proposal was greeted favorably by members of the Historic Preservation Board, according to Amy Alvarez, historic planner for the city of Delray Beach.

“There was a positive discussion, and his concept was well-received,” she said.

Both McKinney and Alvarez say the new proposal could help preserve the original Fontaine Fox house, added to the local Register of Historic Places in 1989.

A future owner of the undivided property, they explained, could theoretically claim that the property’s historic designation created an economic hardship and prevented it from being developed to its full economic potential. By dividing the property, McKinney said, the potential for a hardship request is less likely to be pursued.

McKinney’s proposal marks the latest request in about a year to split his property between Ocean Boulevard and Andrews Avenue.

In 2011, a parcel on the west side of the property with 50-foot frontage on Andrews Avenue was sold to Kate Littlefield, daughter of Miracle-Gro founder Horace Hagedorn. Littlefield is using the property as a garden.

Earlier this year, a second parcel on the Fontaine Fox property — but one having its own property control number and legal description and 100 feet fronting on Andrews Avenue — was sold for development of a one-story, single-family home.

The property McKinney wants to divide is also the site of a controversial treehouse he built that finally received approval from the city in 2009 after a seven-year battle.

The original home on the property was designed for Fox by his friend, well-known architect John Volk. Fox, creator of the nationally syndicated Toonerville Folks cartoon that appeared in as many as 300 newspapers, had Volk design the front of the home to include a resemblance to his famous Toonerville Trolley.

Fox, part of a winter cartoonist colony in Delray Beach that included H.T. Webster, the creator of Casper Milquetoast, sold the home in 1951 to members of the Mott family of applesauce fame, who called it the “Ocean Apple Estate,” a name that still sticks today.

McKinney says he hopes to submit formal plans for creation of the new parcel within the next few weeks.     Ú