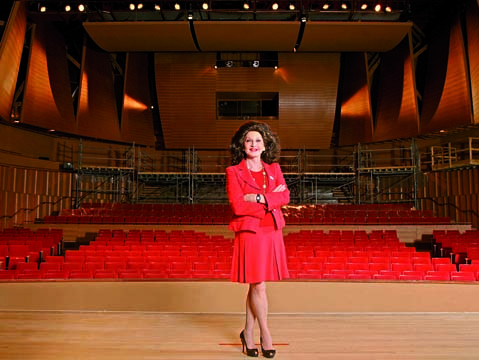 Boca Raton philanthropist Christine Lynn surprised a Nov. 12 fundraising gala with her largest gift ever: $25 million for the Miami Project to Cure Paralysis.

A tower to be built in her name will house surgical suites, an in-patient rehabilitation hospital and research facilities to help in the Miami Project’s efforts to find a cure for paralysis.

Lynn announced her gift during a $1,000-a-ticket fashion show and dinner to raise money at the Bal Harbour Shops in Miami.

“I knew before that I was going to make the pledge,”Lynn said. “But I kept it quiet so I could announce it at the event.”

Tom Brokaw hosted the event, attended by 2,000 guests including actor Tommy Lee Jones and other celebrities. Enrique Iglesias sang for the guests.

“People gasped when she made the announcement, then cheered like crazy,” said Stephanie Aaguaard, a spokeswoman for the Miami Project.

Lynn hoped her surprise would motivate others at the event to also contribute. Others responded, pledging an additional0 $6 million.

Lynn and her late husband, Eugene, have given many multimillion-dollar gifts in Boca Raton during their years of philanthropy.

But Lynn chose the Miami Project to receive the largest gift after her husband was treated as a patient there for spinal cord irritation. “They were wonderful to him,” she recalled.

Miami Project patients struggle to recover from paralysis caused by spinal cord injuries. Lynn got to know other patients when her husband received treatment.