Roots and Wings in Delray Beach, which encourages children’s reading skills and teachers who inspire learning, is a beneficiary of Community Foundation for Palm Beach and Martin Counties. The foundation marks its 50th anniversary this year. Photos provided

What began with a $50,000 gift from a coastal couple in 1972 has turned into an arsenal of philanthropy celebrating a milestone 50th year.
Today, the fingerprints of Community Foundation for Palm Beach and Martin Counties can be found all over the region. It helps connect dollars with charitable doers, from preschool programs in Delray Beach to college scholarships financed from Highland Beach and Florida’s largest free health and dental clinic in Boynton Beach. Navigating weather emergencies, a pandemic and an evolving set of needs and challenges, the foundation has raised more than $366 million from 9,000 donors over five decades, resulting in 15,000 grant awards and more than 2,500 scholarships.
“What really fires me up is the power of philanthropy to change lives,” said foundation President and CEO Danita R. DeHaney. 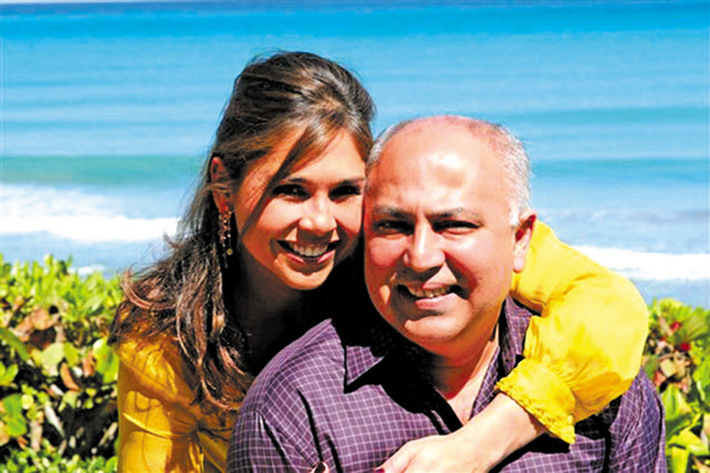 Highland Beach resident Sanjiv Sharma describes, in the foundation’s annual report, why he thinks it is so important to support a venture like the Caridad Center in Boynton Beach, described as the largest free medical and dental clinic in the state and one of the largest in the nation. The center has more than 28,000 patient visits per year. Sharma is on the board there.
“If you look around at the people who cut your lawns, board your horses, or cook your food, most of them do not have health care,” Sharma said. “The need is never-ending, but the impact is immediate.”
Sharma said foundation funding, among other resources, helped the center stay open and operating through most of the coronavirus pandemic. In addition, Sharma’s family has established two college scholarship funds, turning to the foundation to help administer them.
“They know what the community needs are,” Sharma said. “I couldn’t have done it myself.”
A Lake Worth High School graduate, Dodlee Mosilme, said he wants to become a surgeon with the aid of another scholarship recognized in the foundation’s annual report, the Frederick A. DeLuca Foundation Scholarship. “That’s what my family sees in me: value, purpose, and hope for the Haitian community,” he said. 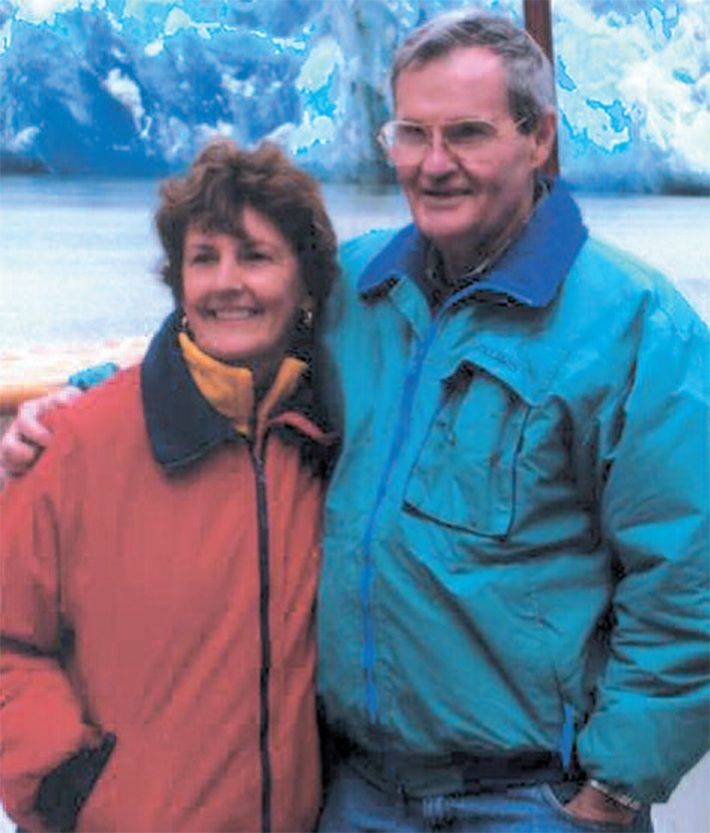 Winsome and Michael McIntosh started Community Foundation for Palm Beach and Martin Counties in 1972 with a $50,000 gift.

It all began in 1972, when Palm Beach residents Winsome and Michael McIntosh gave $50,000 to get the foundation started. Michael died in 2015. Winsome lives in Washington, D.C.
Other donors have stepped in at critical moments. A 1991 gift of $15 million from Anna Marie Graber Martens of Boca Raton helped expand the organization’s footprint into Martin County.
Relationships with some groups go back decades. Take Achievement Centers for Children and Families in Delray Beach, which provides early childhood education, after-school programs, summer camps and family support services. Its first grant from the foundation came in 1989, and the total giving has exceeded $285,000, according to foundation records. That included $50,000 in 2020 to renovate a play area.
“The Community Foundation is one of our longest-standing community grantors,” said Achievement Centers CEO Stephanie Seibel. “They are a leader and an influencer on other organizations. They recognize we are better together.”
The foundation can serve as “a force multiplier,” she said. 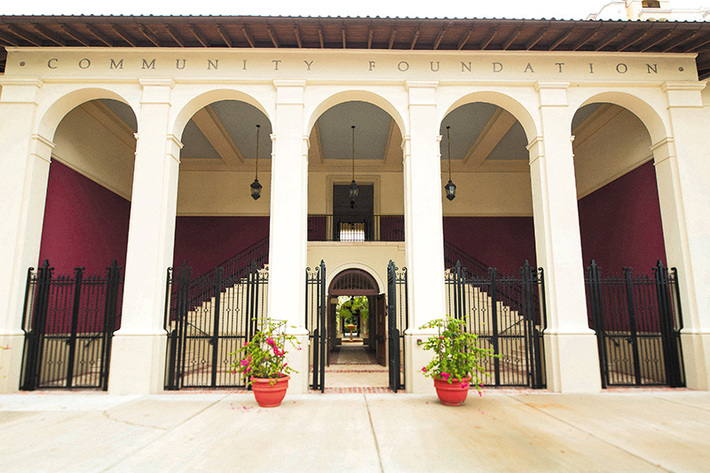 Community Foundation for Palm Beach and Martin Counties has its headquarters in West Palm Beach.

Other targets of foundation grants have been the 211 Helpline, which connects people to services such as mental health support; Children’s Home Society of Florida; the Girl Scouts; Big Brothers/Big Sisters, and the Palm Beach County Food Bank. In 2021, the value of the foundation’s investments grew to $233.6 million, up from $176.4 million a year earlier, according to its online financial report.
But the foundation and others working for similar goals have faced obstacles, too. Fundraising events were frequently hampered during two years of off-and-on coronavirus restrictions and precautions. Such was the case with a Manalapan gala for the Caridad Center at the Eau Palm Beach Resort & Spa.
It drew about 200 guests in early 2022, compared to 330 when the last one was held, in 2020. Meanwhile, financial markets have slumped in 2022 compared with previous years, which can eventually affect how much individual donors and the foundation itself have to spend.
As for market dips, “we can’t control that,” DeHaney said. “What we can control is our effort and activity.”
Hurricane Ian in September caused tornadoes that struck Delray Beach among other places, but in addition to support locally, the foundation raised $75,000 to be sent to organizations in Southwest Florida, which bore the brunt of the storm, she said.
DeHaney, who has been on the job for 18 months, said she likes to keep her eyes open for innovative ideas.
One example: Techniques developed at Florida State University are designed to introduce children to ways of managing stress and emotional well-being, drawing on principles used in cognitive-behavior therapy.
Workshops have already taken place in Boys and Girls Clubs in cities including Delray Beach, she said.
“This is what a community foundation should be doing,” she said. “Our aspiration is to lead, to be up front.”