More than 60 animals — mostly dogs, but one cat — came out and strutted their stuff at the 12th Annual Easter Bonnet Pet Parade on March 30 in Delray Beach.
They competed in categories such as most frou-frou, traditional, original, tropical, tiniest teacup, owner-pet look-alike and best-in-show. Money raised from the event benefitted Animal Rescue Force. 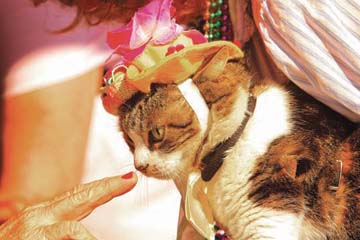 Baby the cat, 15, who attends every Easter Bonnet Parade, is greeted as she registers before the beginning of the parade. Baby is owned by Nancy Johnson of Delray Beach. ‘She’s a good sport,’ Johnson said. 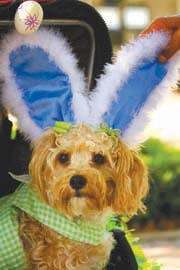 Teddy, a 2-year-old Yorkiepoo owned by Victoria Chase of Parkland, tries to keep his bunny ears on before the judging. 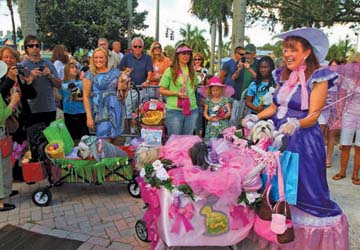 Laura Souza of Delray Beach smiles after winning the Most Frou-Frou category with her three dogs,  Leonardo, Giselle and Gianna. 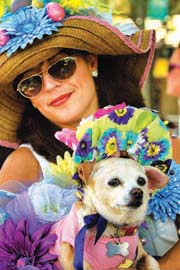 Rebecca Shelton and Ivy — a Chihuahua mix rescue who celebrated her 12th birthday on Saturday — waits for the judging. ‘She’s an Aries,’ Shelton said. They attend the contest and parade every year. They entered — and won — the traditional category as well as Best in Show. ‘I even did her nails for the contest,’ she said. To celebrate her birthday, Shelton was going to treat Ivy to lamb or beef later that day. 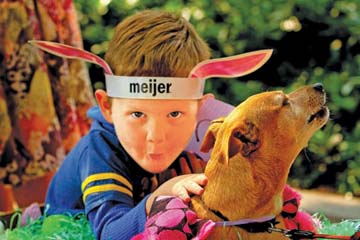