For a child living on beachfront,

intrigue of wartime was exciting 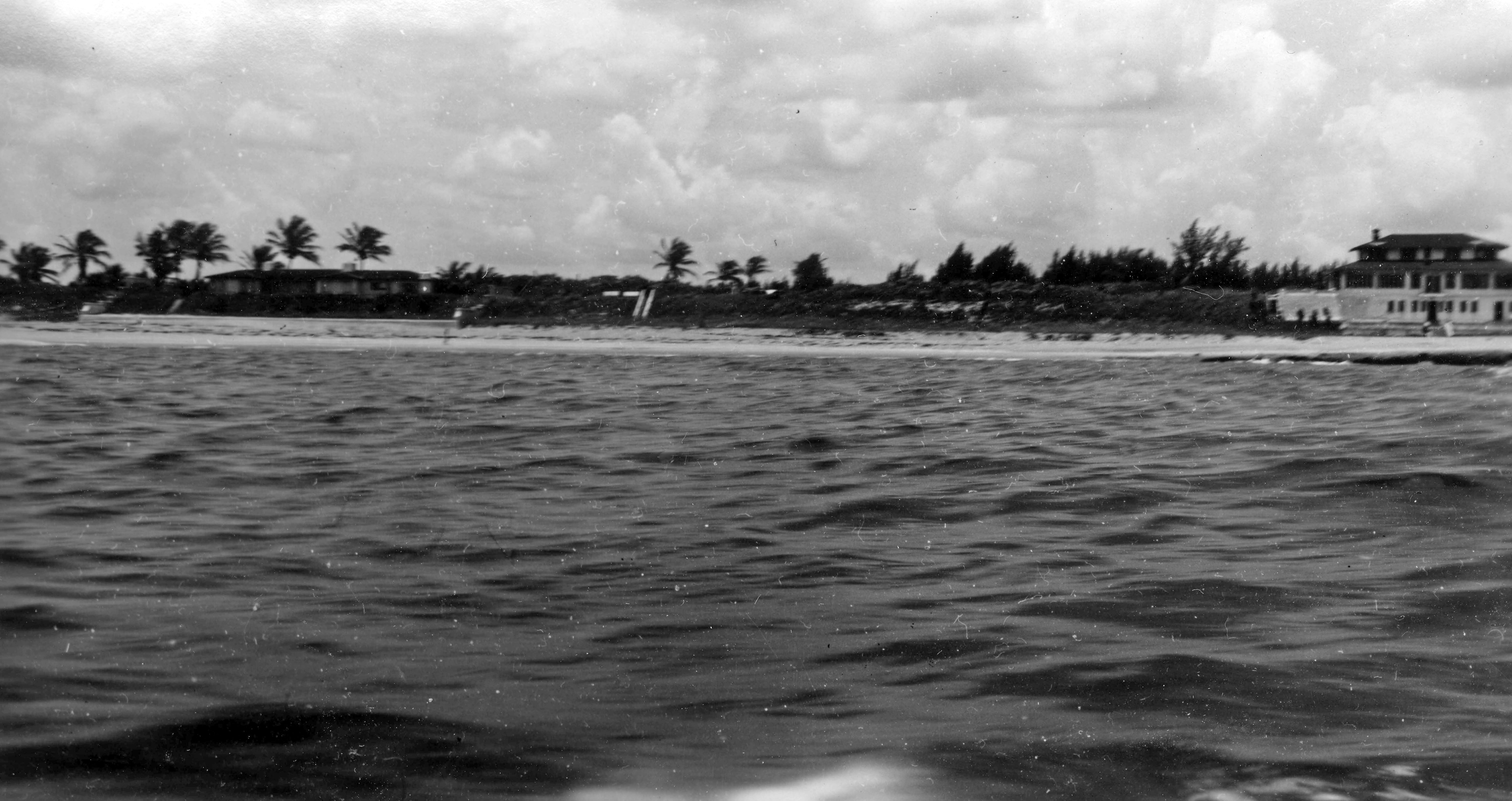 Seen from the Atlantic Ocean is the Sanborn house (left), where Dr. Peter Barrett

at the center and the Robbins House, a boarding house during the war, is at right. 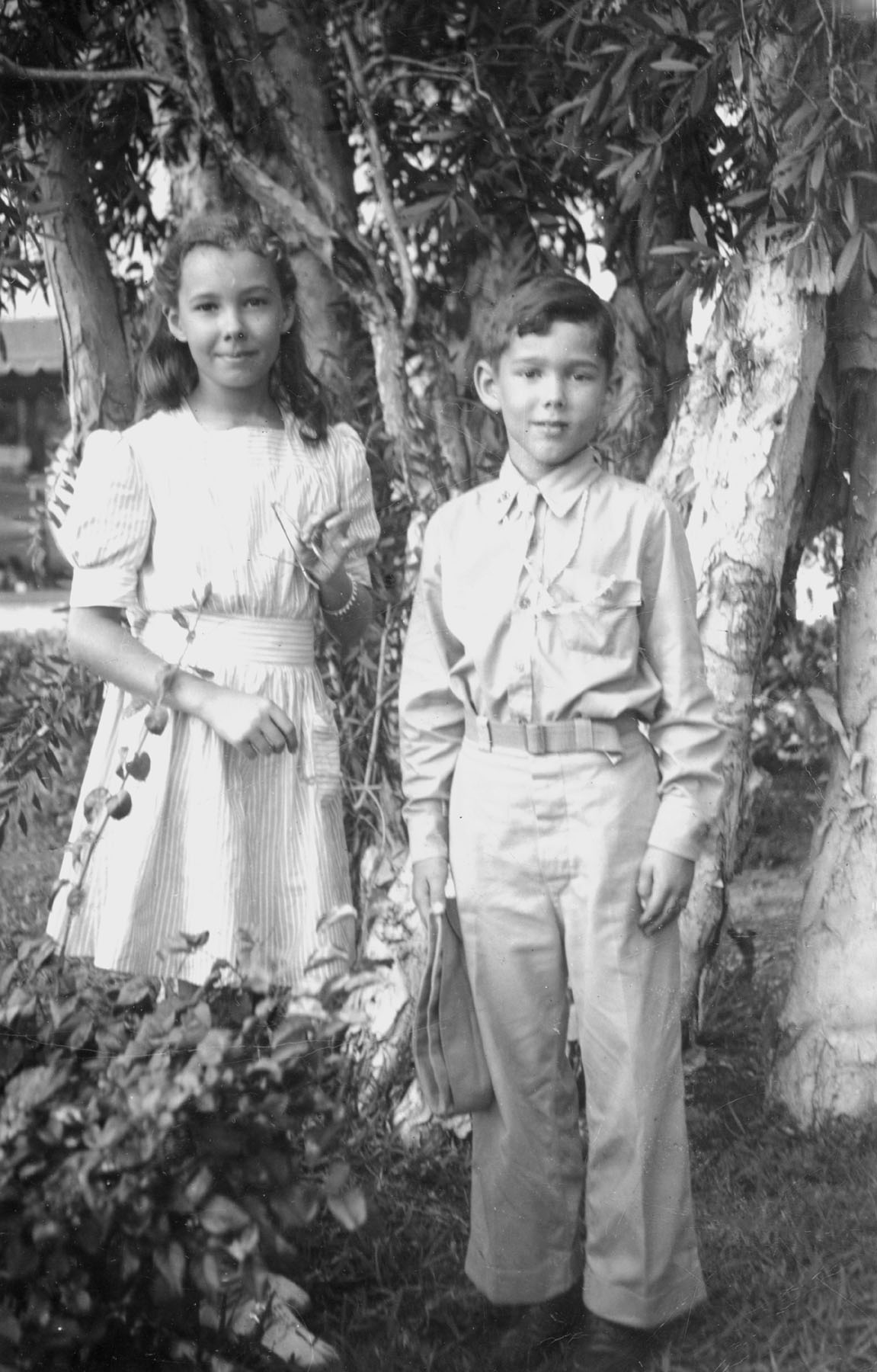 Martha and Peter Barrett lived on the beach near what are now the Beresford Condominiums in Boca Raton. 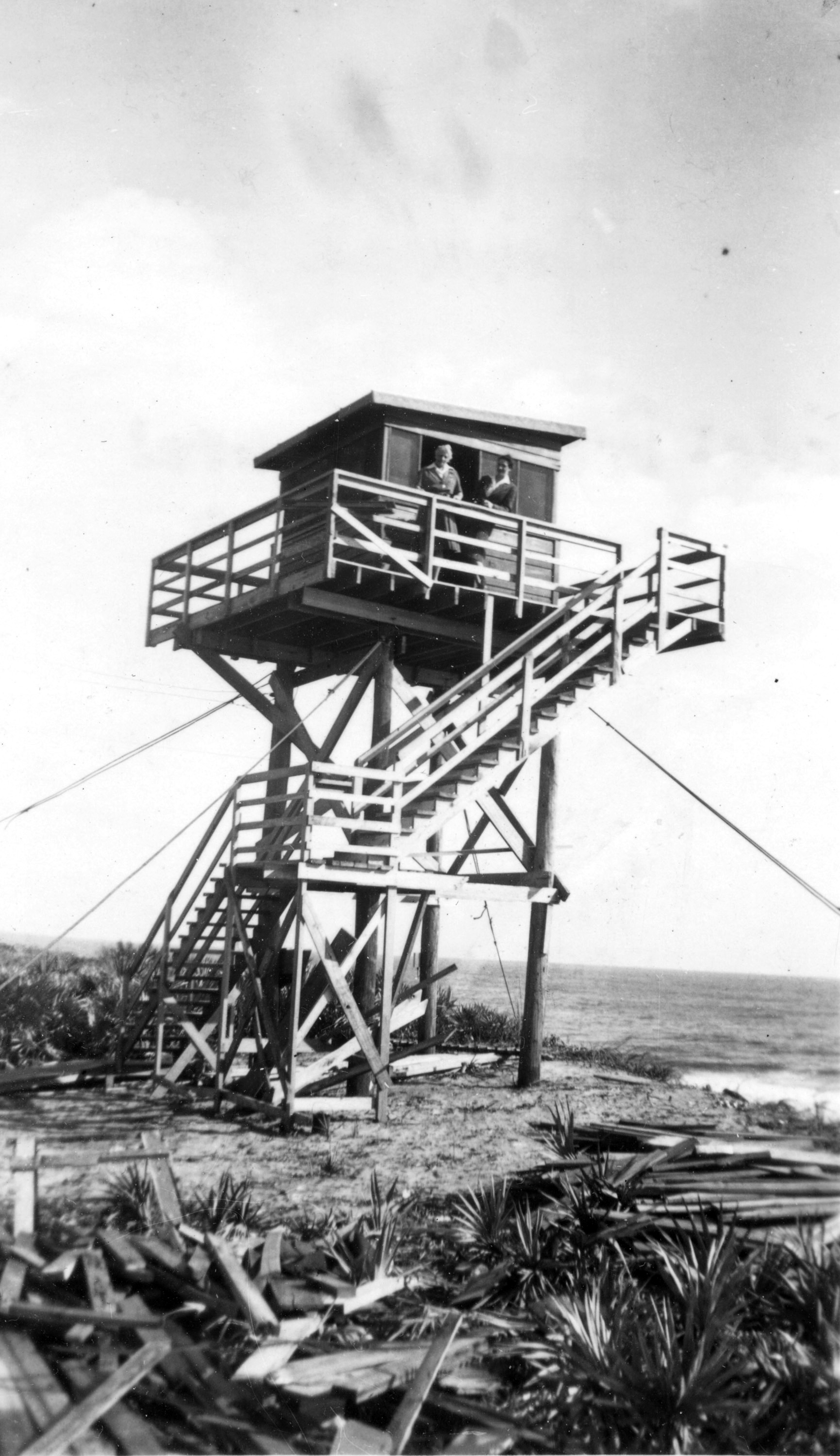 The Civil Air Watch Tower on the beach in Boca Raton.

INSET BELOW: 1942 notes on submarine attacks off the coasts of Boca Raton, Delray Beach

Imagine being a young resident of Boca Raton in the early 1940s when World War II was raging and the city was welcoming the Boca Raton Army Air Base.

“The war was a very exciting time to be here,” says Dr. Peter Barrett, who back then was a 7-year-old living with his family on the beach near where the Beresford Condominiums stand today.
Barrett, who is on the faculty at the UCLA School of Medicine, recently returned to the Boca Raton Historical Society where he shared his childhood memories of the war through his presentation “The Spies Next Door: Boca Raton During WWII.”
He recalls the food and gas rationing, coastal blackouts and the Civil Air Watch Tower where he went on Friday afternoons to identify planes that flew overhead. He also experienced German submarines passing off the coast and torpedoing merchant ships and, yes, even the evidence of German spies operating along the beach.
Back then, there were freighters and tankers that would make their way along Florida’s coast en route to Europe and Africa, where their cargoes were invaluable to the war effort. Realizing this, the Germans launched Operation Drumbeat in which they sent submarines to patrol our eastern shore and blow up those supply ships. 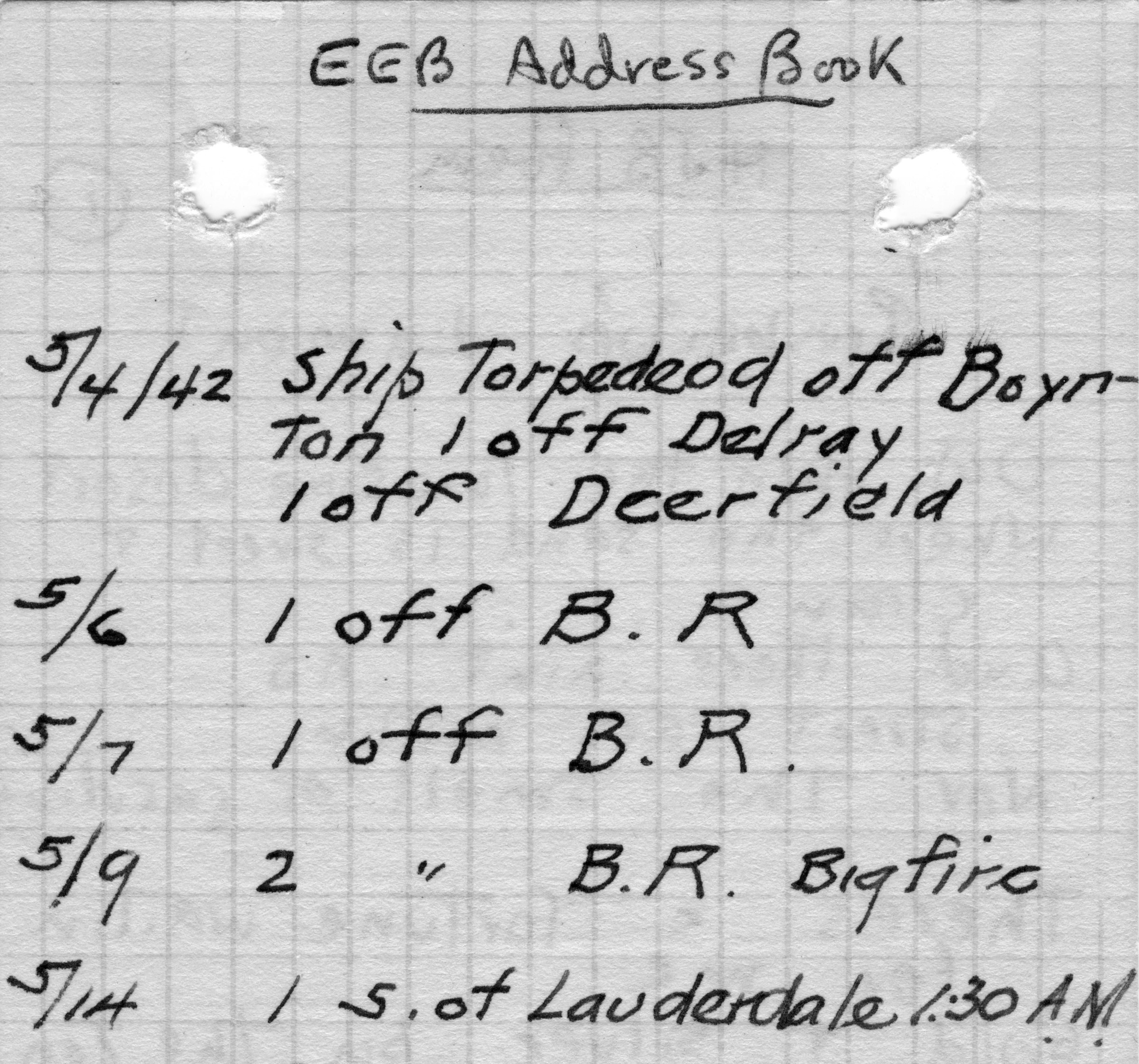 In 1942, 24 merchant ships were sunk between Cape Canaveral and Boca Raton. And Barrett’s grandfather E.E. Barrett recorded seeing 12 ships torpedoed off Boca Raton.
Barrett remembers being awakened early one morning by an explosion that nearly threw him out of bed. It was a freighter being blown up off the coast. After such incidents, the family scavenged the beach and found eight-sided cans of Maxwell House coffee compressed by the force of the blasts and oars from lifeboats as well as cases of pineapples and eggplants.
“We ate eggplant boiled, baked and fried. I didn’t eat it again for 65 years,” says Barrett, who admits he’s back to liking it today.
But the presence of the war in Boca Raton really hit close to Barrett’s home on a June day in 1942. His family was awakened at 3 a.m. by a motorcycle roaring up to their house and someone banging on their front door.
They peered out to see a military policeman carrying firearms. He told them that flashing lights had been seen on the beach that could be signals to enemy vessels, which back then would be an act of treason.
Of course, Barrett’s family knew nothing about the signals but told the man the house next door belonged to a Detroit snowbird, Dr. William Sanborn, who had returned home for the summer.
With that, the authorities headed for the Sanborn house, which appeared abruptly vacated. They found wet towels, cans of food and an unmade bed as well as a telescope and semaphore signaling device set up in the oceanfront bay window.
Barrett remains convinced there were spies next door but he’s never had confirmation.
Today this story is just part of the colorful lore of Boca Raton’s wartime past.
“As youngsters we didn’t know our lives were special and that we were experiencing history. After all, it’s the only childhood we knew,” he says.