A study by Florida Atlantic University's Harbor Branch Oceanographic Institute and Mississippi State University is researching sharks that steal fish from anglers. Capt. Jake Booth holds a wahoo caught in 500 feet of water off Boynton Beach that was mutilated by a shark. Much of the wahoo was still salvaged for food. Photo provided by Capt. Chris Agardy, Fish Envy Charters.

Marine scientists are stepping up research on the problem of sharks stealing hooked fish by way of a study that will rely, in part, on reports from anglers along Florida’s east coast.

Florida Atlantic University’s Harbor Branch Oceanographic Institute and researchers at Mississippi State University are sharing a $195,306 grant from NOAA Fisheries to gather more information on the frequency, location and species of sharks involved in shark depredation.

“Few studies have quantified the impact of depredation in recreational fisheries,” said Matt Ajemian, principal investigator on the study and director of the Fisheries Ecology and Conservation Lab at FAU Harbor Branch.

Ajemian has been working with the Facebook group named Sportsmen Fighting for Marine Balance. He and other researchers are asking anglers to continue to post photos and other information on the Facebook site when sharks maul or steal hooked fish.

Scientists would like information on the type of fish hit by sharks, the species of shark involved (if it can be determined) and the general location of where the depredation happened, such as depth, distance from shore and general location along the coast.

Palm Beach County offshore anglers have noticed the shark-stealing-fish problem for years, and some say it’s getting worse.

Capt. Chip Sheehan of Boynton Beach-based Chips Ahoy Charters said he has seen the shark problem escalate in the past two years to include the mauling of sailfish — billfish that are almost always released alive by sport fishermen.

Sheehan, who has been charter fishing in the waters off Palm Beach County for 30 years, said about 20 of his sailfish have been attacked by sharks annually during the past two winter seasons.

Before that, he said, his sailfish were never “sharked.”

One of Capt. Chris Lemieux’s charter clients holds a sailfish that was mutilated by a shark after being hooked off southern Palm Beach County. Anglers release most sailfish they catch. Photo provided by Lemieux Fishing Charters

The problem of sharks eating fish hooked by anglers used to flare up mostly during the warm months, Sheehan said. Now, he said, it happens all year.

“Now you stop the boat and they’re sitting there waiting,” Sheehan said, referring to the sharks, which he says are mostly bull sharks and sandbar sharks.
One goal of the study is to positively identify which species of sharks are eating hooked fish. It can be hard to differentiate sharks, especially when they might be seen only for a few seconds, often well below the surface. Ajemian said the Mississippi State scientists will use DNA taken from the tissue of bitten fish to identify the sharks involved.

After years of debate over the fate of protected goliath grouper, the Florida Fish & Wildlife Conservation Commission has approved a draft rule that would allow a limited harvest of the grouper in state waters.

The draft rule, approved in October, is expected to come back to the commission for a final vote in March. 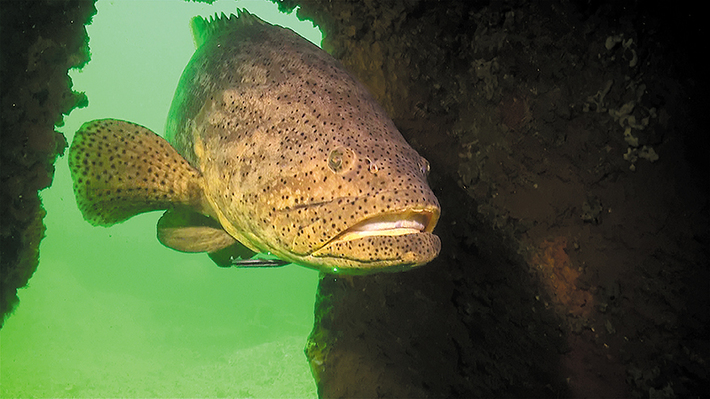 The proposed harvest of goliath grouper would not be allowed in state waters off Palm Beach County or those south of Palm Beach through the Atlantic side of the Florida Keys.

In other parts of the state, the rule would allow the recreational harvest of up to 200 goliaths annually by anglers who win a random-draw lottery — and pay for a tag, priced at $500 under the proposal.

The limit would be one grouper per person annually. The season would be March 1 to May 31, and fish would have to measure between 20 inches and 36 inches to be legal to keep.

The Tarpon Cove restoration area in the Lake Worth Lagoon is expanding with the addition of two more mangrove islands being created in part with sand dredged for the town of Palm Beach Marina expansion.

The $2.1 million project was scheduled to begin in October and should be complete in the spring.

Tarpon Cove is located on the west side of the Intracoastal Waterway north of Southern Boulevard. Its two existing mangrove islands were completed in March 2020.

It’s one of several restoration islands created by Palm Beach County environmental officials, working with many partners, to improve habitat in the Lake Worth Lagoon — the estuary that stretches from North Palm Beach to Ocean Ridge.

Shorebirds are using the Tarpon Cove islands. Black skimmers and least terns arrived in May and nested.