Underwater photographer Sandra Edwards shows a photo of a goliath grouper nicknamed Wilbur that stays around the M/V Castor wreck off Boynton Beach. She was one of many divers who came to a July 31 Florida Fish & Wildlife Conservation Commission meeting at the Lantana branch library to oppose the possibility of a limited goliath grouper harvest. Willie Howard/The Coastal Star

Divers are fighting a proposal to allow a limited harvest of goliath grouper — the large, slow-growing grouper that have become the darlings of many South Florida divers.
Fishing for goliath grouper, formerly known as jewfish, has been closed since 1990 in both state and federal waters after populations were hurt by decades of harvest by anglers and divers armed with spear guns.
Populations of the long-lived grouper have “substantially recovered” since the prohibition on harvest took effect 27 years ago, the Florida Fish & Wildlife Conservation Commission says.
Goliath grouper, Epinephelus itajara, are known to live at least 37 years and can grow to 8 feet in length and up to 800 pounds. The largest goliath caught on hook and line in Florida weighed 680 pounds, according to the Florida Museum of Natural History.
The FWC is gathering public comments on the possibility of allowing anglers to harvest a limited number of goliath grouper.
The FWC’s initial proposal calls for issuing tags that anglers would purchase, limiting the harvest to 100 goliaths per year statewide. To be legal to keep, the groupers would have to be between 47 and 67 inches long, and harvesting would not be allowed during the spawning months, July through September.
If a limited harvest is allowed, the FWC hopes to expand its knowledge of goliath grouper by gathering carcasses that fisheries biologists could study.
Divers adamantly opposed the possibility of a limited goliath grouper harvest during the FWC’s July 31 workshop at the Lantana branch library, noting that gatherings of goliaths during the summer spawning season attract divers from around the world to the waters off Palm Beach County.
“It’s become a phenomenon,” said Lynn Simmons of Splashdown Divers in Boynton Beach. “They are so gentle. Sometimes they will come to you and let you hold them.”
Simmons said the spawning months of August and September are the best to find goliaths on wrecks along the coast of Palm Beach County.
“All of the wrecks have a resident population,” Simmons said. “But when it’s time for their orgy, they all come.”
A favorite local goliath, nicknamed Wilbur, lives on the M/V Castor wreck off Boynton Beach and has his own Facebook page.
Charter fishing Capt. Danny Barrow of Lantana said he would support a limited take of goliath grouper — but only if anglers paid for harvest tags, generating money for research, and each grouper taken was reported to the FWC and its carcass donated for research.
“If they’re going to allow it to happen, make sure it all goes to research,” Barrow said.
Capt. Carl Miller of Miller Time Fishing Charters in Boynton Beach likes to catch and release goliath grouper. He devised a weight system that pulls groupers to the bottom before releasing them, reducing the chance that distended swim bladders would prevent them from returning to deep water.
Miller said he often removes multiple sets of hooks from goliaths before releasing them. He said he doesn’t oppose a limited harvest of the protected groupers, but wonders why anyone would want to keep one because they’re not great table fare, and the flesh of larger groupers is laden with mercury.
Ed Tichenor, executive director of Palm Beach County Reef Rescue, said the goliaths should be left alone.
“They haven’t been recovered that long, and the population is fragile,” Tichenor said.
The FWC’s next goliath grouper workshops in South Florida are scheduled for Oct. 11 in Stuart and Oct. 12 in Davie. 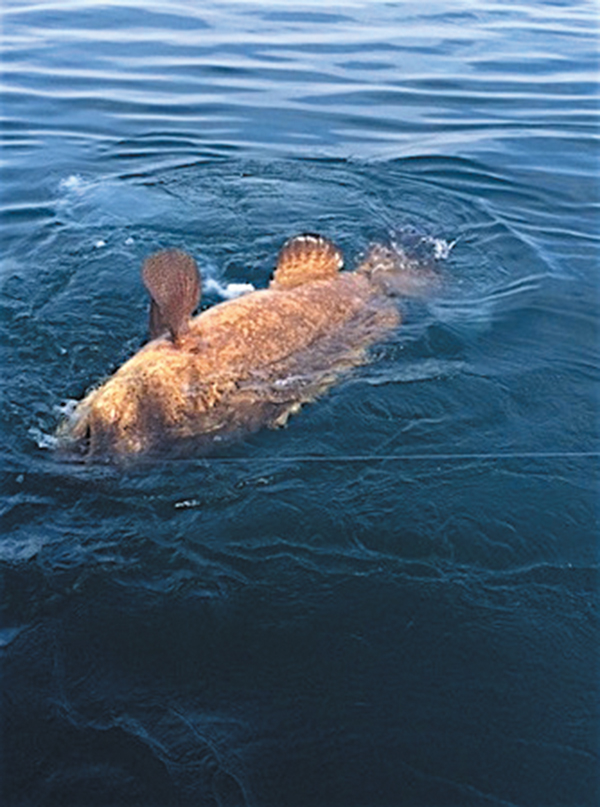 To submit comments about the possible limited harvest of goliath grouper, go to www.myfwc.com/saltwatercomments or email Marine@myfwc.com.

Boynton Fishing Club organizational meeting
The Boynton Beach Fishing Club held a special meeting Aug. 1 in hopes of boosting interest in the club.
President Ken Sorensen said Teddy Green of Boynton Beach has joined the club to promote membership and club activities.
The club meets at 7 p.m. on the first Tuesday of each month in the classroom building next to the boat ramps at Harvey E. Oyer Jr. Park in Boynton Beach. The next meeting is set for Sept. 5. For updates, go to www.bifc.org.

Tip of the month
Looking for some quick how-to information on boating? Check out the instructive BoatUS videos at www.youtube.com/boatus. The free, short videos demonstrate how to trim, dock, launch and beach powerboats and include tips on maintenance, such as how to change a propeller.