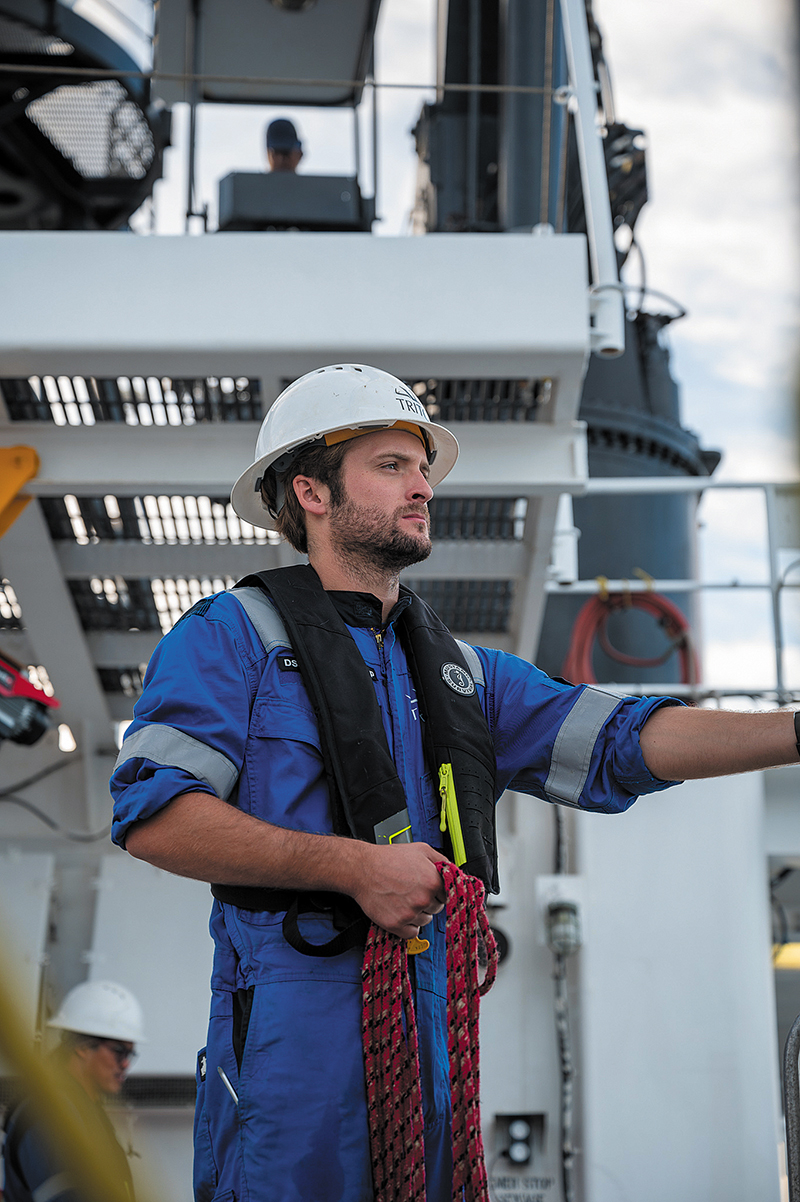 Engineer Jonathan Pugh, of Ocean Ridge, worked with Triton Submarines on the dive team that sent Sullivan more than 35,000 feet below the surface. Photos provided by Enrique Alvarez/Caladan Oceanic

Ocean Ridge native Jonathan Pugh graduated from the Florida Institute of Technology in May with a degree in ocean engineering and is already part of a team that’s making deep-diving history.
Working for Sebastian-based Triton Submarines, Pugh, 21, became a member of the deep-diving expedition team that in early June sent astronaut/oceanographer Kathy Sullivan more than 35,000 feet below the surface of the Pacific Ocean into the deepest known spot on the planet. Sullivan was the first woman to reach that depth. 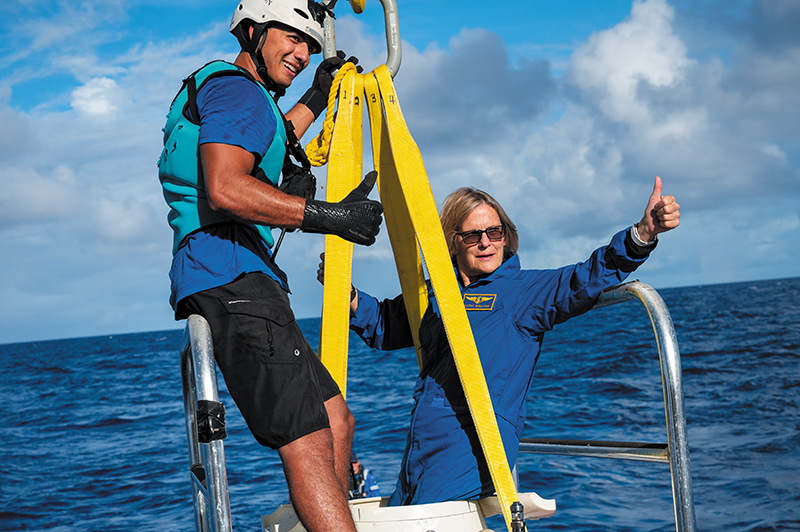 Kathy Sullivan emerges from the vehicle Limiting Factor on June 7 following a dive that took her to the deepest known spot on the plant, nearly 7 miles below the surface. At left is Ticer Pfeifer, an engineer with Triton Submarines who acted as swimmer during recovery of the submersible.

According to a New York Times report, Sullivan, 68, descended 35,810 feet (about 6.8 miles) below the surface into the Challenger Deep, the lowest point in the Mariana Trench, on June 7 in the Triton-built deep submergence vehicle Limiting Factor.
Victor Vescovo, an equity investor and explorer who paid for the mission, accompanied Sullivan.
Sullivan became the first American woman to walk in space in 1984 and later served as administrator of the National Oceanic and Atmospheric Administration.
Pugh grew up fishing and diving in Ocean Ridge and is the son of former mayor and pool company owner Geoff Pugh, an avid scuba diver and ocean aficionado.
The Pugh family fished together on most Sundays. As a boy, Jon went snorkeling regularly and earned his scuba diving certification at age 12.
He also enjoyed taking things apart to figure out how they worked.
“To the dismay of my mother, I had everything from rocket engines to 3-D printers and old computer parts laying around, which caused my room to look more like a garage than anything,” Pugh said via email from the expedition’s support ship, Pressure Drop.
Pugh started working for Triton Submarines as an intern in January, spending days at the company on Mondays and Fridays while completing his engineering degree at the Florida Institute of Technology in Melbourne.
After he graduated in May, Triton hired him as a mechanical assembly engineer. Soon thereafter, the company asked Pugh to join the team that supported Vescovo and Sullivan during the Challenger Deep dive.
As one of Triton’s five support crew members, Pugh worked primarily with “lander” operations.
Pugh said landers are rectangular boxes that go into the water before the submarine to carry equipment such as hydrophones, water samplers, lights, cameras and soil samplers.
“They provide crucial data such as density and temperature, which help determine how much weight needs to be attached to the sub,” he explained.
“Working at sea is tough but rewarding work, especially when you’re making history in the process,” Pugh said, noting that he learned about hard work through his father’s pool business.
“I can say without a doubt that tying steel, cleaning pools, and digging ditches for my father when I was younger at Pugh’s Pools has helped instill a work ethic that has helped me immensely.” 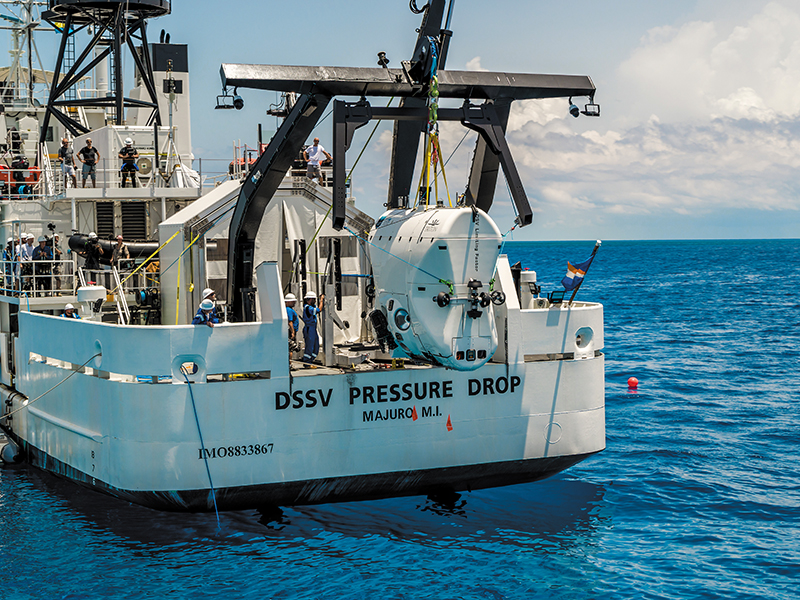