0
By Christine Davis
If you want to learn first hand about Samuel Ogren Sr. [1899-1988], known as the “father of Delray Beach architecture,” you have a chance over the next two

months to come look at his work and hear about him from people, who study him,
knew him or live in his houses. 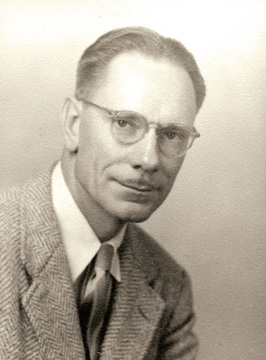 A three-month program that runs through May is being presented by the Delray Beach Historical Society and funded by a Florida Humanities Council and
National Endowment of the Humanities grant. The program includes three
one-month-long exhibits as well as three evening discussions.

The first program, held at the Sandoway House Nature Center — an Ogren-designed home built in 1936 — was educating while fostering a sense of community. The

March 11 discussion was an open discourse, moderated by the historical
society’s archivist, Dottie Patterson, with panelists Roy Simon and Roger Cope,
both local architects. Members of the audience, which included Ogren’s
son-in-law, family friends and owners of Ogren’s homes, were also invited to
share stories and insights.

Patterson said she learned about Sam Ogren years ago. “When I started at Cason Cottage, I would look at the school gym, which he designed with its multiple arch doorway

and a Jacaranda limb near it and I remember thinking about how Sam’s designs
made me feel — and it was perfect satisfaction.’’ She said.

The Historical Society has 500 of Ogren’s drawings and is working to uncover more Ogren-designed homes. 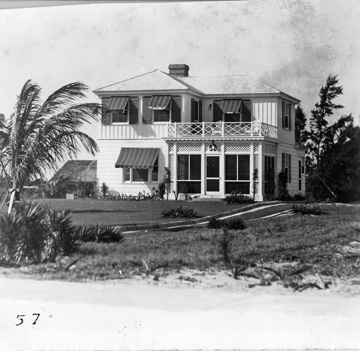 Ogren worked in Delray Beach from 1925 to 1950. Some of his existing designs include the Sandoway House, the Arcade Building designed in 1925, the Gymnasium and the
High School at Old School Square, designed in 1926.

After 1950 Ogren Sr. left his Delray business to his son, Sam Ogren Jr., also an architect.

JoAnn Peart, who lives in an Ogren-designed house, shared that Ogren Jr., had worked on her house when he was a teenager. “He told me that his father believed in
learning about building by working in the construction trades,” she said. “I am
honored to live in a home designed by Ogren Sr. His houses have a special
quality and elegance.”

Ogren had a knack for scale and proportion in relation to the site, said Roy Simon. “Look at the Marine Villas [located in the Marina Historic District] and look

at the site plan — the openness and vistas. The little villas have a nice
feel.”

Ogren’s son-in-law, Jim Clark of Windermere, told how Ogren’s parents were Swedish missionaries who were caught up in China’s Boxer rebellion when Ogren was 1 year

old. His father was killed and he and his mother went into hiding, according to
Clark.

“She later moved to New York City, and taught Sam at home — he didn’t go to school. Later, he moved to Florida, worked for several architects and in 1924 took the exam

to be an architect in Florida. He was awarded License No. 024, and his first office was in Delray
Beach,” he said.

When he retired, Ogren Sr. moved to Windermere, where he and his second wife, Jessie, spent their remaining years. Ogren Sr., died in 1988. Ogren Jr., died

Patterson enjoyed the discussion as much as her audience. “I liked Roy Simon and his brother, Sandy, talking about how the philosophy of architecture has changed,”

“The idea of a home, designed for the homeowners, where they planned to live for many years, has changed into the home as an investment that might be flipped,

so square footage and number of bedrooms and bathrooms have become more
important than scale. It’s interesting to think about what we have lost.”


The second exhibit, currently underway, is at Delray Beach City Hall in the Planning and Zoning Lobby, 100 NW First St., and runs through April.


The May 4 through 29 exhibition is at the Ethel Sterling Williams Learning Center, 111 N. Swinton Ave.

The discussion, “Ogren — Green Themes — What We Can Learn,”
is also at the learning center and is scheduled for May 20 at 6:30 p.m.