Three of the dozen or so migrants who came ashore in Ocean Ridge are escorted by police across Old Ocean Boulevard. Photos by Jerry Lower/The Coastal Star Multiple law enforcement agencies responded around 9:15 p.m. Aug. 26 after a fishing boat with at least a dozen migrants came ashore in Ocean Ridge. Because of the number of people on the boat, the Department of Homeland Security requested assistance from local law enforcement. Personnel from the Palm Beach County Sheriff’s Office, Boynton Beach police, Ocean Ridge police and other agencies responded and took part in the apprehension of at least a dozen men, women and children. Aviation, ground, canine, ATV, beach patrol and marine units were all part of the response. The U.S. Border Patrol was investigating the incident. 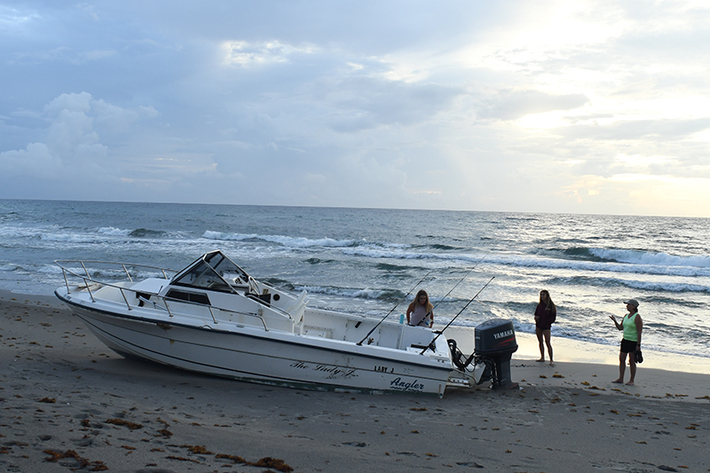 The boat provided a point of interest for curious neighbors the next morning.