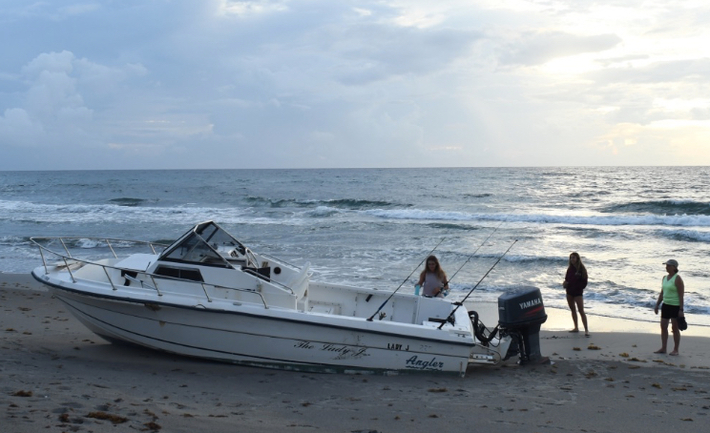 The boat used to ferry the immigrants to the shore provided a point of interest for curious neighbors  in Ocean Ridge on Aug. 26.
Photos by Jerry Lower/The Coastal Star
Multiple law enforcement agencies responded around 9:15 p.m. Aug. 26 after a fishing boat with at least a dozen immigrants came ashore in Ocean Ridge. Because of the number of immigrants on the boat, the Department of Homeland Security requested assistance from local law enforcement. Personnel from Palm Beach County Sheriff's Office, Boynton Beach Police Department, Ocean Ridge Police and other agencies responded and took part in the apprehension of at least a dozen men, women and children.
Aviation, ground, canine, ATV, beach patrol and marine units were all part of the response, including 13 Boynton Beach Police units.
U.S. Border Patrol is still investigating the incident. 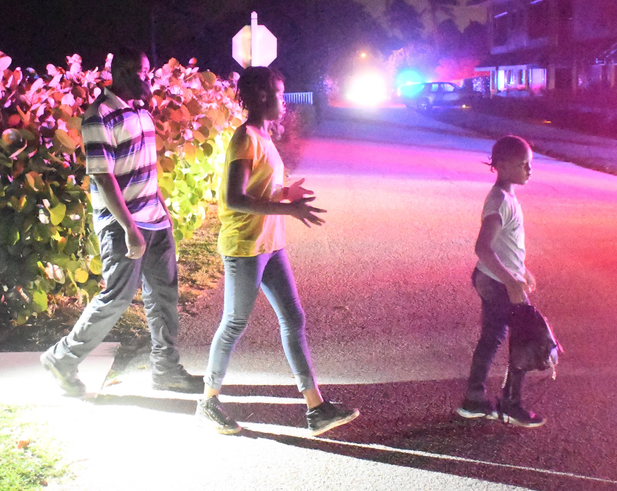 A man, woman and child are escorted across Old Ocean Blvd. after being found in a sea-grape hedge. 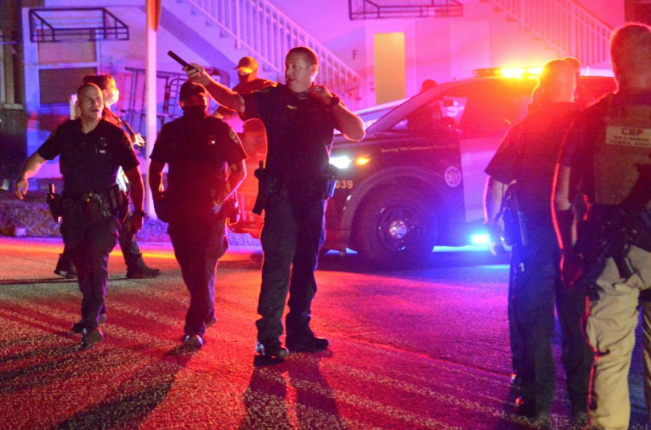 The corner of Old Ocean Blvd. and Adams Rd. in Ocean Ridge was the center of activity for the multi-agency response. 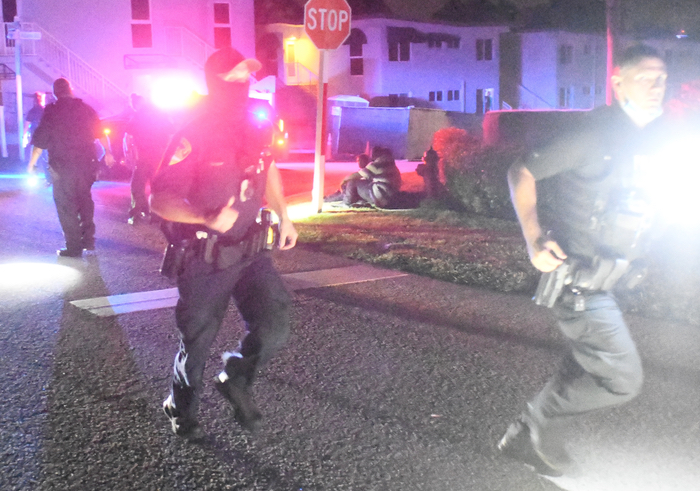 Two officers run to a squad car after a PBSO helicopter identified a potential hiding spot for the immigrants. 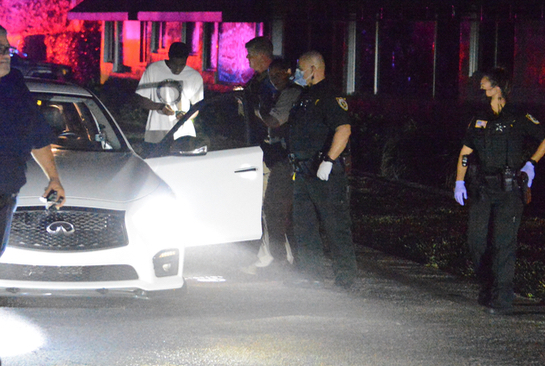 At least one vehicle driving through the neighborhood was stopped and searched by police. The driver was suspected of providing transportation for the immigrants.
Tags: ocean ridge, immigrants, boat, beach, police, boynton beach, pbso, homeland security, border patrol, investigation
E-mail me when people leave their comments –
Follow