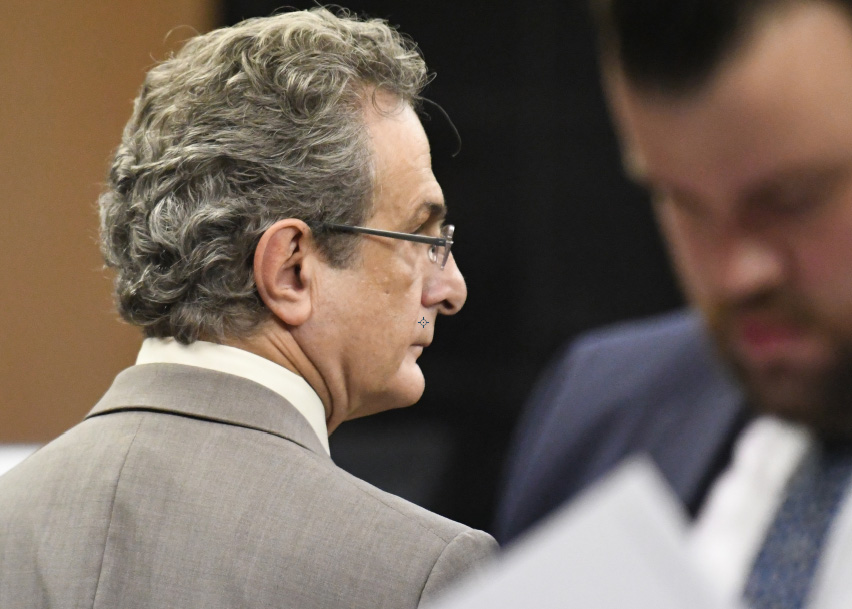 Richard Lucibella listens as his attorney and the prosecutor tell Circuit Judge Daliah Weiss that she will have to resolve a motion seeking to limit what the jury can hear. Jerry Lower/The Coastal Star

Former Ocean Ridge Vice Mayor Richard Lucibella will wait at least another four months for his day in court.

At a Sept. 7 hearing Circuit Judge Daliah Weiss checked her calendar and gave Lucibella his new trial date of Jan. 28, 2019. He will also return to her courtroom Oct. 12 when she will rule on prosecutor’s Danielle Grundt’s motion to limit what attorneys and witnesses for Lucibella can tell the jury.

Lucibella, 65, is charged with battery on an Ocean Ridge police officer and resisting arrest with violence, both felonies, and a misdemeanor count of using a firearm while intoxicated. He has pleaded not guilty.

Lucibella’s first trial date was in April 2017 but was postponed several times. Most recently it was to start Aug. 20, but Grundt’s motion derailed that schedule.