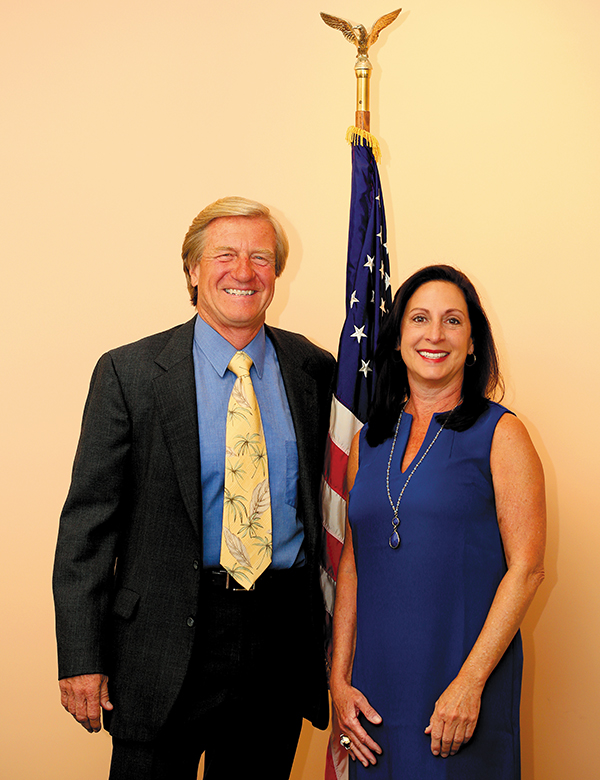 Coastal advocate Kristine de Haseth said she “did a lot of door-to-door canvassing” in campaigning for a seat on the Ocean Ridge Town Commission, and growth-related issues ranked high on voters’ minds.
“When it affects daily life, that’s when they start paying attention,” she said.
Relief from traffic congestion, tighter code enforcement, more community policing — Ocean Ridge residents, de Haseth said, are looking for ways to cope with the impact of growth in surrounding communities and redevelopment within the town itself.
De Haseth, 55, director of the Florida Coalition for Preservation, struck the right chord with voters. She coasted to victory in the March 13 election, receiving 424 votes of the 585 ballots cast, or 72.5 percent.
Political newcomer Phil Besler claimed the other commission opening with 330 votes (56.4 percent).
Incumbent Gail Adams Aaskov, a 15-year commission veteran and former mayor, lost her seat, finishing a distant third with 175 votes (29.9 percent).
“I think people are ready for a change,” de Haseth said.
And more change is coming in Ocean Ridge. The commission will work under a new mayor, James Bonfiglio, who takes over for Geoff Pugh. He stepped down in March after six years at the helm. Then Bonfiglio’s seat is expected to open in November once he resigns to enter the state House District 89 race. Besler, 63, told voters his 40-year career as an accountant gives him experience that will help the town’s budgeting and fiscal management. A 13-year resident of Ocean Ridge, he says the commission has to develop a new strategic plan to prepare for the challenges that are coming.
“If you read the strategic plan for 2000, it’s not going to address what’s going to happen to us in the next 10 to 20 years,” Besler said. “We’ve got to get our arms around that.”
De Haseth said her work with the coalition over the past 12 years has enabled her to develop connections with neighboring communities that will benefit Ocean Ridge as it tries to maintain its character in the wake of regional growth.
“I bring a lot of knowledge about issues and the process of government,” she said. “I bring relationships with surrounding governments.”
Aaskov said she’s looking forward to moving on to other things and that her public service likely has ended.
“I donated 15 years to Ocean Ridge and wrote two books about it,” she said. “Enough is enough. I never had a personal agenda, which is more than I can say about some of the others.”
Turnout on Election Day was 35.8 percent of the 1,633 registered voters, with 107 voting by mail. There were 241 undervotes, meaning that many voters chose only one of the three candidates instead of the two selections they were allowed.
De Haseth said many of her backers intentionally under-voted to concentrate their support with her campaign and avoid raising the tallies of her rivals. “Why dilute your vote?” she said.