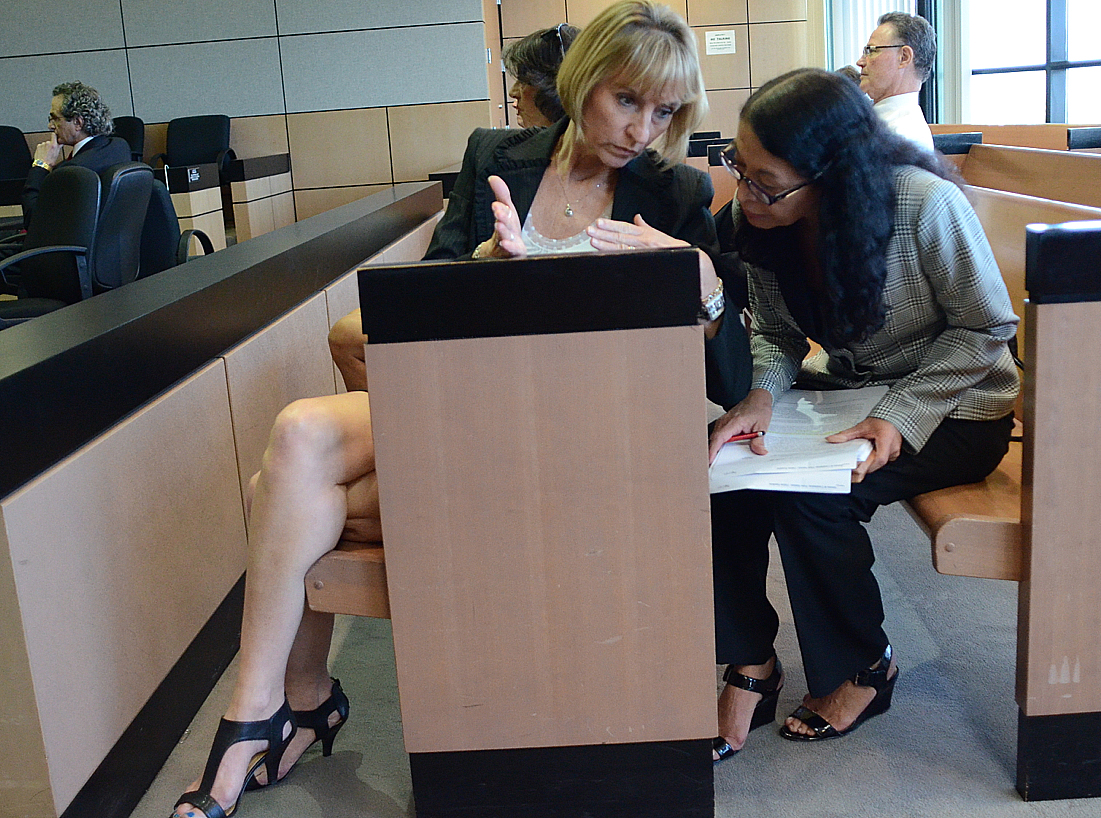 A Palm Beach County Circuit Court judge gave both sides a partial victory during a hearing March 8 to consider stopping the recall campaign against Ocean Ridge Town Commissioner Richard Lucibella.
Judge Peter Blanc ordered an injunction that prohibits the county elections supervisor from certifying petitions that the recall group is collecting, until the courts can rule on their legality. But he also told Lucibella's opponents that they can go forward with their recall efforts and continue gathering signatures.
Lucibella had asked the court for an emergency injunction that would have shut down the movement completely, claiming that the petitions were improperly filled out — “fatally flawed” and “legally insufficient,” according to Sidney Calloway, the commissioner’s attorney.
“Irreparable harm is happening now,” Calloway told the judge. “There is damage to his (Lucibella’s) reputation and status as an elected official.”
Blanc was unimpressed by the damage claim. “Those of us who are public figures are often subjected to unfair criticism,” he said.
Haley Joyce, one of the movement’s organizers, told the judge that the injunction request was an effort to stall the recall until part-time residents had left the town and returned to their homes up North.
“The action is to take this into the dead of summer when we don’t have a lot of residents,” Joyce said. “I see no emergency here. We’re entitled to see this process go forward.”
Joyce said she was in possession of at least 50 signatures of the 233 needed to complete the second phase of the petition process and force a special election on Lucibella’s fate. The group has until the end of May to produce the names.
Blanc did not rule on the legality of the petitions themselves. That issue likely will come before Circuit Court Judge Gregory Keyser, who has scheduled an April 22 hearing for the case.