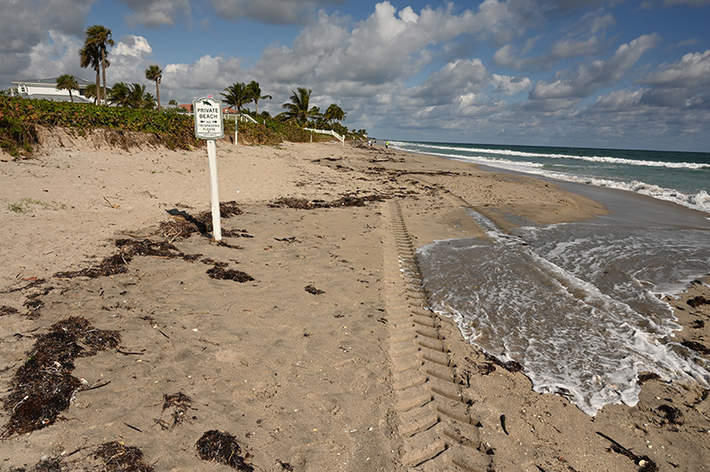 Signs on the north and south ends of the Turtle Beach condominiums may give the impression that the complex’s private property extends both east and west of the signs, because of the arrows. Police typically define private property to be landward of ‘mean high tide,’ which on this day would have been left of this sign. Jerry Lower/The Coastal Star