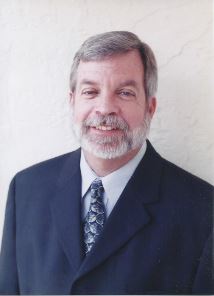 After the doctors told him he would die soon, Tim O’Meilia did what tough and true old newsmen often do.

He had a party.

On a Saturday evening in early December, Tim and his wife, Debbie, opened their Palm Beach Gardens home, and dozens of friends and colleagues gathered to wish him well on his final assignment.

A “Celebration of Life,” they called it, but it was a party. Old friends flew in from Virginia and Pennsylvania. Others drove up from Miami. Some brought covered dishes and home-baked sweets; salads, six-packs and bottles of wine. Everyone brought stories.

“That eye just suddenly crossed on Halloween,” his wife confided to a friend. “That’s how they knew the cancer had reached his brain.”

Out by the pool, a second Christmas tree stood bare, waiting to be decorated with all the stories — handwritten anecdotes and cheeky poems to honor a man who had chronicled Palm Beach County for more than four decades.

When the turkey vultures returned to a little island off Palm Beach each spring, Tim wrote the story. When the love bugs arrived each summer, he was there to greet them, and when Palm Beach Atlantic College held its annual roach race, Tim reported the winners.

He could make you feel Hurricane Wilma’s fury, then walk you through the rubble the morning after.

He did it all, and nobody did it better.

Tim came to The Palm Beach Post in 1972, stayed for 36 years, retired, and then, when The Coastal Star appeared in 2008, he brought all that knowledge and experience along and helped make this little Star shine.

“I suspect that words were a wonderful puzzle to Tim,” Mary Kate Leming, the Coastal Star’s editor, reflects. “Even with dry situations, like municipal meetings, he could boil down the essence of what happened and write it in such a way that readers would read it and be glad they did. I always saw Tim as sort of a puzzle-master, and I believe he really loved writing and enjoyed the challenge of word-play.”

He covered South Palm Beach for this paper, Manalapan and Ocean Ridge, Gulf Stream and Briny Breezes, too.

“When Tim covered our Town Council meetings, he was a true journalist,” Bennett recalls. “He asked the true questions and didn’t just bolt from the meetings when they ended. He’d buttonhole you because he was really interested and wanted to get the facts right.”

Timothy Joseph O’Meilia was born on Oct. 6, 1948, in San Antonio, Texas, grew up in Oklahoma City and came to Florida at 15. At Melbourne Central Catholic High School, he edited the yearbook.

“I tried out for the high school paper,” he explained. “Fifty guys wanted to cover sports and six guys wanted news, so I went into news.”

In 1971, he earned a degree in communication arts from Notre Dame. “And then I couldn’t get a job for a year.”

Back home and living with his parents, he finally got his big break: Part-time work as The Miami Herald’s Action Line reporter in West Palm Beach.

Six months later, The Palm Beach Post brought him aboard to cover Delray Beach, and over the next 36 years, he covered nearly every municipality in the county.

“The only town I didn’t cover was North Palm Beach,” he said, “because my dad worked there.”

In those early days, his editor was Gayle Pallesen, now the executive director of The Forum Club of the Palm Beaches.

“Put him in front of a computer keyboard and it was like putting a master pianist in front of a piano,” she remembers. “His words were music to the eyes.”

In the newspaper business, where accuracy is paramount, reporters take a perverse pleasure in misspelling the word “lead.” It’s lede — the first sentence in the story. The sentence that has to hook you, charm you, lead you into reading on.

“What’s my lede?!” they cry on deadline, desperate for a clever idea.

Tim never had to ask. Give him the Delray Beach St. Patrick’s Day parade and he would give you:

“And ol’ Blue now was a horse of a different color. Green, he was. And more handsome than a squealing pig just beggin’ to be bacon.”

Tom O’Hara was Tim O’Meilia’s managing editor. “Tim was a gifted writer. I presume that’s because he was Irish,” O’Hara says of O’Meilia. “It was always a thrill to edit his stories because they flowed effortlessly and always contained an elegant turn of phrase. He was an editor’s dream.”

Tim met Debbie Valente at the North Palm Beach community softball league, where he coached teams throughout his newspaper career.

“Eventually we coached together,” Tim would say, “and then we got together.”

Debbie is, as usual, more blunt.

“I didn’t like him at first,” she recalls. “We’d known each other forever, then we dated for a month and got engaged.”

They were married on Aug. 1, 1987, and had two sons, Roland and Casey. Tim learned the joys of fatherhood, and Debbie learned the pitfalls of being a reporter’s wife.

When the space shuttle Challenger exploded on the morning of Jan. 28, 1986, Tim was at his desk in West Palm Beach. By evening, he and a photographer were in Concord, N.H., hometown of Christa McAuliffe, a local high school teacher chosen to be the first civilian in space.

“We got to Concord about 5 p.m., and they wanted a story by 8 p.m.,” he recalled. “It’s 6 p.m. and we were driving down the street and saw black wreathes on all the doors. Then we found a church that was holding a memorial service and I found a girl who had been in her class.”

He made the deadline:

“When she came home, there was to have been a bagpipe parade, and all the young soccer players in town were to have marched with her down Main Street …

“Instead, shuffling in groups of twos and threes through a bitter 14-degree night, Concord residents went to hastily organized memorial services …”

“We were up there three or four days,” Tim said, “and I didn’t change my clothes until the third day when I went to the store.” He smiled at the memory. “That was not nice.”

On his 15th wedding anniversary, rumors flared yet again that Cuban president Fidel Castro was near death. Tim was drafted to report the local anticipation — and missed his anniversary dinner.

“That happened more than once,” Debbie recalls. “Castro got sick in August a lot.”

Tim’s work schedule was unpredictable, his devotion to his sons unshakeable.

“Throughout his battle with cancer, my father did not miss a single one of my lacrosse games my senior year at Florida State,” says Roland “Rolly” O’Meilia, 23, a banker in West Palm Beach. “He planned his chemotherapy treatments around my schedule. He traveled the six hours to and from Palm Beach Gardens to Tallahassee many times, only hours after his treatments.”

Casey O’Meilia, 21, is a senior majoring in computer engineering at Notre Dame, his father’s alma mater.

“My dad was always the person I went to with questions,” he explains. “I’d sit on the chair he was sitting in and just start talking. Sometimes it would be a philosophical question and we would have a little debate. Other times it was a ‘what if’ question and we’d talk about how the world would be different. Mostly it was me thinking myself clever, making some smart-aleck remark and him trying to put me back in my place. But every time was a chance to get a little closer.”

Tim didn’t keep a bottle of whiskey in his desk drawer. He didn’t pepper his conservation with cynicism or bray his opinions around the newsroom. Tim sat at his desk and wrote, and rewrote, until each story sang. He was constant and dependable, and made the long drives from his Palm Beach Gardens home to council meetings in Manalapan or South Palm Beach until shortly before his Celebration of Life.

A few days after that party, one of Tim’s colleagues at The Coastal Star, a man he had worked with for 22 years, came back to visit one last time. He brought a notebook and pen. Tim was in his easy chair. The word “obituary” was never spoken.

On a nearby coffee table, all those stories that had hung on the memory tree lay in a pile, read and reread.

“Those really help him,” Debbie said.

She picked up a poem by Jane Musgrave, the Post’s courts reporter:

“T’was the day after Wilma

To cover the coast.

To assure that our coverage wasn’t one big disaster

A man named Paul Blythe turned to the master.

And Tim O’Meilia, as usual, was at the top of his game.”

For nearly three hours they chatted and laughed and reminisced about all the stories they had covered, and the stories behind those stories. Finally, Tim tired and his colleague rose to go. They shook hands.

And Tim replied, as tough and true old newsmen often do, with a mordant joke.

Tim O’Meilia’s deadline came late on Saturday, Jan. 11, when he died at home with his family gathered around. He was 65.

He is survived by Debbie, his wife of 26 years; his sons, Roland and Casey; a brother, Frank, of Sylva, N.C.; two sisters, Marianne, of Alvin, Texas, and Christine, of Huntsville, Ala.; friends, colleagues, and a lifetime of stories.

In lieu of flowers, the family asks that donations be made to Hospice of Palm Beach County, 5300 East Ave., West Palm Beach, FL 33407.