HIGHLAND BEACH — John Henry Cochrane II was 88 when he  died at home on April 14 from complications of COPD.

“He was the most kind, sweet and gentle person,” said his wife, Shirley. “He had a way about him that made everyone feel comfortable around him.” 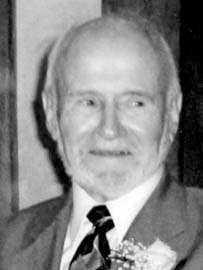 Mr. Cochrane was born in Chicago on Jan. 31, 1926, to the Rev. John and Elisabeth Boyd Cochrane. His father was a Presbyterian minister.

He served in the Army Air Corps during World War II on the Marshall Islands and graduated from Northwestern University in 1951. He then spent a career at the Illinois Bell Telephone Co., where his latest position was as a field manager. He was able to retire in his 50s.

Shirley had met the Cochranes before his first wife died. “They were motor-home people,” she said.

“We met (again) through friends. They introduced us — a widow and widower,” Shirley said.

“We thought about not getting married and just living together, but that wouldn’t be a good example for the kids,” she said. She has two adult daughters, Pam Thomas and Debra Kraus.

Mr. Cochrane was married for the second time on July 14, 2008, at the First Presbyterian Church in Pompano Beach.

A memorial service was set for late April at the First Presbyterian Church of Pompano Beach.