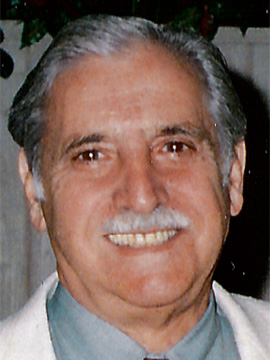 HIGHLAND BEACH — On his 90th birthday, Allen Schweizer went out to dinner with family and friends and pronounced himself happy with his long life. If I die tomorrow, he told them, I’ll feel I’ve lived a good, full life.
“And he got more than a tomorrow,” his daughter, Ricki Joan Schweizer, said recently from her home in Manhattan. “He got more than a year.”
Mr. Schweizer died Sept. 5 after a brief illness. He was 91 and had been a fulltime resident of the Braemar Isle condominium since 1984.
In the 1980s, Mr. Schweizer was a founder of the condo’s men’s club, organizing regular luncheons with invited speakers.
Allen H. Schweizer was born on July 6, 1921, in Newark, N.J., and grew up in Washington, D.C., where he graduated from Central High School.
During World War II, he served as a demolitions expert with the U.S. Marines on Iwo Jima and Guam, and later in the occupation force in Tientsin, China.
“Once you’re a Marine, you’re always a Marine,” Ms. Schweizer said. “There are no ex-Marines, and my father was very proud of being a Marine.”
After the war, Mr. Schweizer spent most of his career working at the Hecht Co. department stores —now owned by Macy’s — and retired in 1983 as manager of the Marlow Heights, Md., store.
He and his late wife, Hannah Irene Hepler, were married for nearly 60 years and enjoyed travel to China, Japan, and Vietnam during their retirement years.
“He was honest and fair and loyal to his friends,” his daughter said. “I’m sorry he’s gone, but I’m happy for his life.”
Mr. Schweizer will be interred at South Florida National Cemetery and a celebration of his life held in December at a date to be announced.
In lieu of flowers, his daughter asks that donations be made in his name either to the Peggy Adams Animal Rescue League in West Palm Beach or the Jewish Federation of South Palm Beach County.