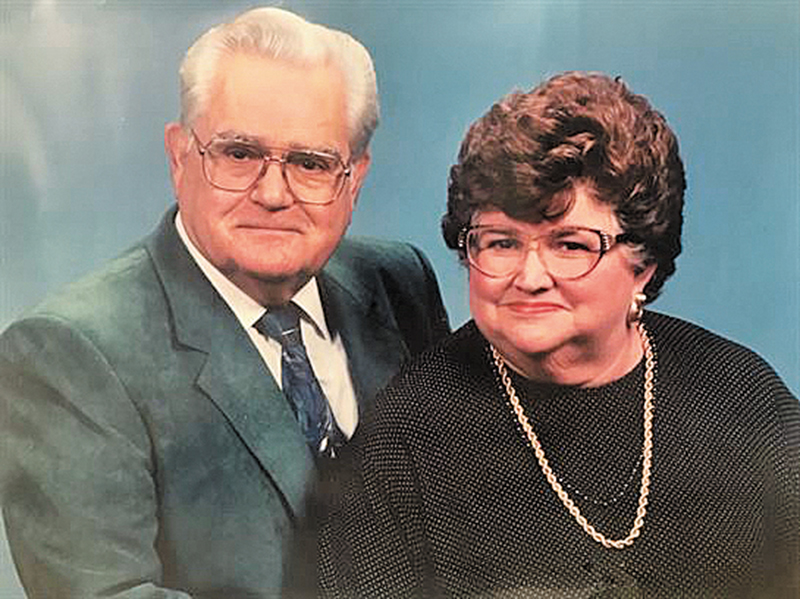 Alice, known to all since childhood as Nainie, died at home on June 25. She was 89.

Nainie Weems was born March 24, 1931, the daughter of Dr. Nathaniel Marion Weems Sr., the town’s first physician, who opened his practice in 1925. Among the 7,500 babies Dr. Nat delivered during his 40-year career was the boy who would grow up to become her husband.

Curtis A. Weaver was born on March 18, 1928, the son of Marcus A. Weaver and Marion Grace Knuth. The Weavers owned a 90-acre dairy farm at what is now Old Boynton Road and Military Trail.

Both families were founding members of the First Methodist Church, where Curtis and Nainie were baptized, met and married.

As children, they attended the town’s one-room schoolhouse for the entire 12 years. As adults, they worked with others to resurrect the aging building as the Schoolhouse Children’s Museum.

After graduating from the University of Miami, Mrs. Weaver taught history and home economics at Seacrest High School in Delray Beach.

Mr. Weaver graduated from the University of Florida with degrees in milk chemistry and animal husbandry and, after service in the U.S. Air Force in the early 1950s, returned to work at the Weaver Dairies.

The couple were married in 1956, saw 350 friends and relatives attend the reception at the Boynton Woman’s Club, and honeymooned in Cashiers, North Carolina.

Their first child, Curtis Weaver Jr., was born in 1957, and a second, David, two years later.

“We moved to town when I was 4 years old, when David was born,” Curtis Weaver Jr. recalled recently. “Before that we lived on the farm in a small house — very, very small, wood-frame on cinder blocks with a wood joist floor with a porch patio. I would call it a shanty house or a row house.

“There were two roads built with housing, just for employees, where they lived with their families. I remember going to the barn and riding in the truck to pick up the employees.”

In the mid-’60s, the Weavers sold much of the dairy land to developers from Miami.

“And the western corridor of Boynton went from cows to townhouses,” their son said.

Later, Mr. Weaver and his siblings bought land on the south end of Nassau, Bahamas, and started another dairy farm, Golden Isles, which they later sold to Canadian developers.

In 1970, the couple renovated a small hotel in Cashiers, where they had spent their honeymoon 14 years before. For the next 20 years, they rented rooms and cabins at the Silver Slip Lodge to fellow vacationers from Boynton Beach.

In retirement, they traveled to Europe and Alaska, New England and the Canadian Rockies. But Boynton Beach was always their home, and their history.

Mr. Weaver was a president of the Boynton Beach Historical Society and a 35-year member of the local Rotary Club.

“My parents took a great deal of pride in being from Boynton and having been a part of the history of Boynton,” Curtis Weaver Jr. said. “They were tremendously loyal people to the town, and to their church.”

A memorial service will be held at a later date at the First Methodist Church of Boynton Beach.