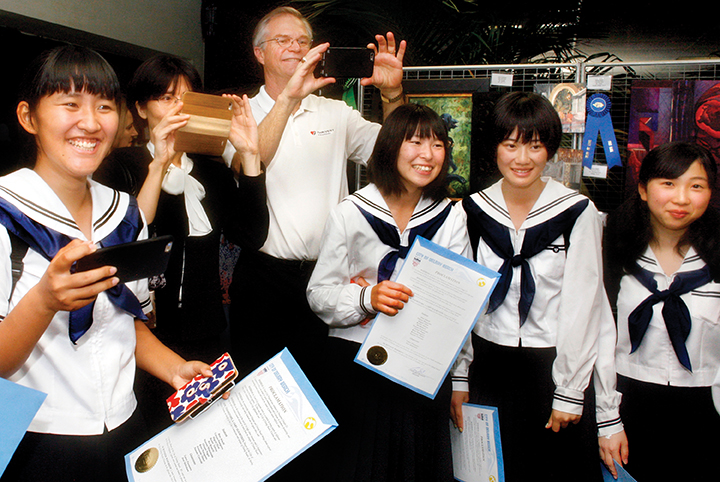 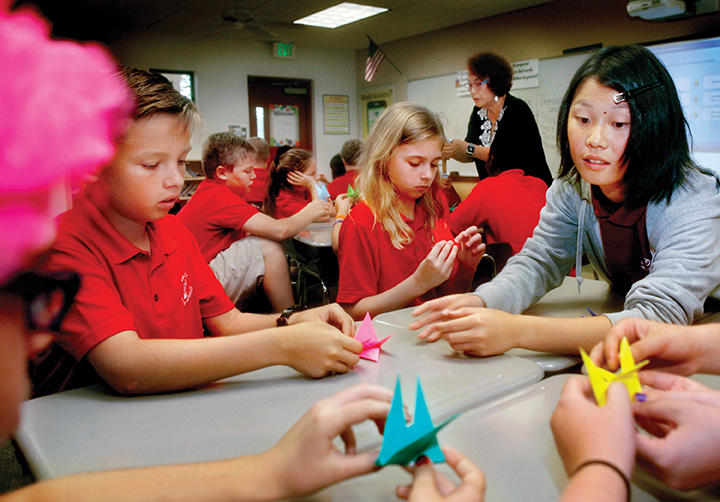 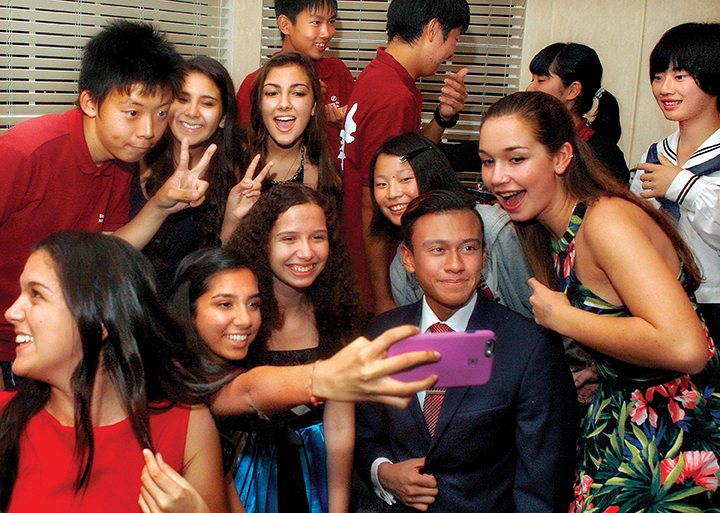 Ten high-schoolers and two chaperones from Miyazu, Japan, visited Delray Beach for a week as part of the Sister Cities of Delray Beach Student Exchange Program. Above, students from Japan and Delray Beach pose for selfies at the farewell dinner held at the Delray Beach Golf Club. 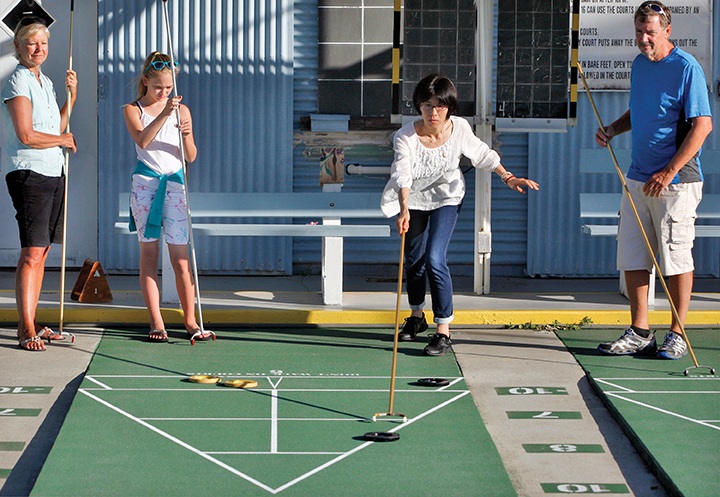 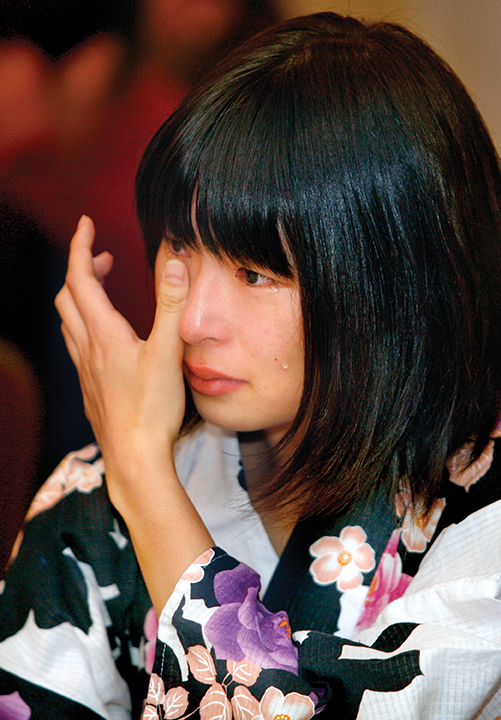 They came from more than 7,500 miles away, hoping to learn about a culture and a city worlds apart from their own.
Yet when the 10 high school students from Miyazu, Japan — Delray Beach’s longtime Sister City — left a week later, what they had learned was more about what they shared in common with their young American counterparts and their host families.
As they headed for a short visit to New York after their time here, which included trips to three schools, the Morikami Museum and Gardens and other popular landmarks, the young visitors took with them friendships to last decades, if not lifetimes.
“It’s amazing how quickly the bonds form and how long they last,” said David Schmidt, president of Sister Cities of Delray Beach, which has been coordinating visits for students from here and Miyazu since 1999.
Miyazu English teacher Emi Shibahara — one of two chaperones on the visit — stayed with Ken and Susan Gross in Briny Breezes and she even brought a few of the students over for a visit.
“It was a great experience for us,” said Ken Gross, who had arranged for his 9-year-old granddaughter to visit at the same time the Miyazu students were here.
While the chaperone stayed in a community of mobile homes, two of  the Japanese students saw a different side of South Florida when staying in a four-bedroom, two-story house with a family of six.
“They got to see what it’s like to be with a big family,” said Daphney Antoine-Boylan of Delray Beach, whose daughter, Lauren, will be traveling to Miyazu next year as part of the exchange program.
In the end, these people from different cultures, who had shared a week together, also shared tears as it was time for the visitors to depart. They also shared promises to keep in touch for years to come.
— Rich Pollack