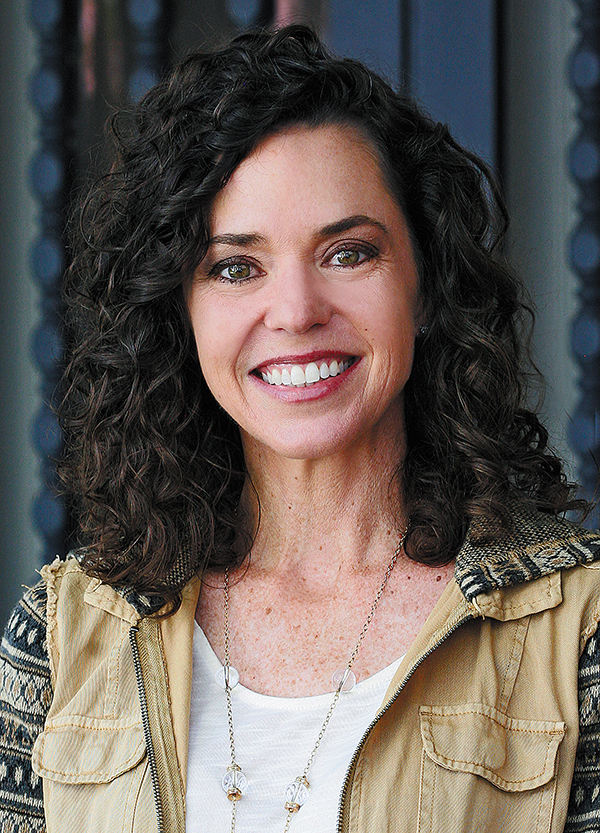 Michelle Donahue of Hypoluxo Island says you don’t have to know it all to make a difference if you tap into the people around you. Tim Stepien/The Coastal Star

Michelle Donahue is proof that a combination of intelligence, energy and enthusiasm can go a long way in the volunteer world.

After years of success as an advertising executive and corporate trainer, Donahue became a homemaker after the birth of her second daughter, then turned her energies to volunteer work, where she has made a difference on several fronts.

A native of Miami, she moved with her family to Delray Beach as a child and then graduated from St. Thomas University in Miami Gardens.

Donahue and husband, Sean, have spent the past 18 years in the same house on Hypoluxo Island in Lantana.

Now a Realtor with Douglas Elliman of Delray, Donahue, 48, wears a number of other hats: president of the Hypoluxo Island Property Owners Association, vice president of the Delray Beach Historical Society and, most recently, an alternate on the Lantana Planning Commission.

She brings a sense of anticipation and excitement to any issue she is asked to address.

“With any of these groups, if I feel I can help in any capacity, whether it’s just a dent or a big change, then I feel I need to do what I can,” she said.

“For me, we’re standing on the shoulders of those who came before us. People came here with nothing, they did the best they could. And here we come. We have to look back at them every once in a while.

“And from there, we get guidelines on how to proceed with responsible development, maintaining the culture, and keeping people unified. Because when you forget your history, what do you have? You have nothing.”

Q. Where did you grow up and go to school? How do you think that has influenced you?
A. In Miami — I’m a second-generation Miamian. At 10, I moved to Delray Beach. Miami influenced me significantly because we’re so deeply rooted there, the McCormick family. Delray was a new area for us, but again, we became very rooted and made a solid foundation there. When we grew up, my brother and I came back to that area. Our hearts are really rooted in Delray Beach.

We went to St. Vincent Ferrer and Pope John Paul High School, but the common denominator between growing up in Miami and all the way through was that I went to Catholic schools — starting off at St. Rose of Lima in Miami Shores through St. Thomas University for my master’s degree. In college, I went to Loyola University in New Orleans. The Catholic education really instilled a sense of values, the faith I have, the need and want to give back, not just to other Catholics but to the community. It has laid such wonderful morals and values within me. I’m so grateful for it.

I also think that I was a different learner. Nowadays they can tell if your kid is different, if your kid is struggling, but back then it was one size fits all. This is how you’re going to learn. And I didn’t always grasp that. If I was born into today’s world my parents would have had me diagnosed as ADHD or something like that.

I joke around with people when I get on boards. I say, “Look, all I’m going to do is bring a whole lot of enthusiasm to the table, but the rest is up to you guys.” People have their strengths and weaknesses. You don’t have to be a person who has everything and knows everything. You have to tap into the people around you. And that’s been the greatest success for me moving forward in life and giving back.

A. I worked in advertising at The Miami Herald, then went on to corporate training for Blockbuster and Wayne Huizenga. From there I went to St. Joseph’s Episcopal School in Boynton Beach as director of development. I’ve been a Realtor for the past few years with Douglas Elliman.

As many accomplishments as I’ve had, the one thing I did that I’m really proud of was at St. Joseph’s. As director of development, I worked with Elizabeth Eubanks, a friend who had been at St. Mark’s Catholic School and jumped on board with the Palm Beach County School District and the FAU Pine Jog Education Center and had created a green school recognition program. I jumped on board with that and for the next four years I worked with every single grade from pre-K to eighth grade and created this Mac Daddy garden out in the back. We won a first-place award for that program in Palm Beach County and we took first place in the state the following year.

A. Follow your heart. That’s what you should be pursuing.

Q. How did you choose to make your home on Hypoluxo Island?

A. We were a young couple just starting a family — we had our daughter Meaghan and I was pregnant with our second (Erin) and wanted to get a little bigger home. We were looking up and down the coast. One day, we were in Ocean Ridge and the bridge was closed, so we came up a little further and we literally stumbled on this house for sale on Hypoluxo Island. We fell in love. We’ve been here more than 18 years and have never looked back.

I love history, and the history of the house was huge for me. It was built in 1927, it’s an Addison Mizner, built for his interior designer. I had grown up in an historic house in Delray and I already had that connection, so I just fell in love with this place, as did my husband.

Q. What is your favorite part about living on Hypoluxo Island?

A. First, the community of the island itself; the people here are fantastic. It’s pretty much why we’ve stayed so long. You just make really good friends.

There’s an incredibly rich history to this island that I don’t think many people understand — the level and magnitude of its contribution to the history of the state of Florida.

A. A Land Remembered, by Patrick D. Smith.

Q. What music do you listen to when you need inspiration, and when you want to relax?

To relax, I enjoy today’s country, like Jimmy Buffett and Kenny Chesney. We’ve seen Buffett well over 40 times. My husband’s lifelong dream is to meet him.

A. My parents were the biggest mentors for me growing up. Both of them have contributed so much in volunteerism, and giving back to others. My mother, even today, runs circles around us with her energy, her enthusiasm for life, and I feel like I’m such a clone of that. And from my father, it’s his rose-colored glasses. He is the most optimistic man I’ve ever met. My brothers and I both grew up in such a loving home. We were never pressured to be more than we could be. They inspired us, and they guided us, but it was never more than a gentle push.

Q. If your life story were made into a movie, who would play you?

A. Julia Roberts. We’re about the same age. I remember being in high school and watching her career get started. I’ve always loved her.