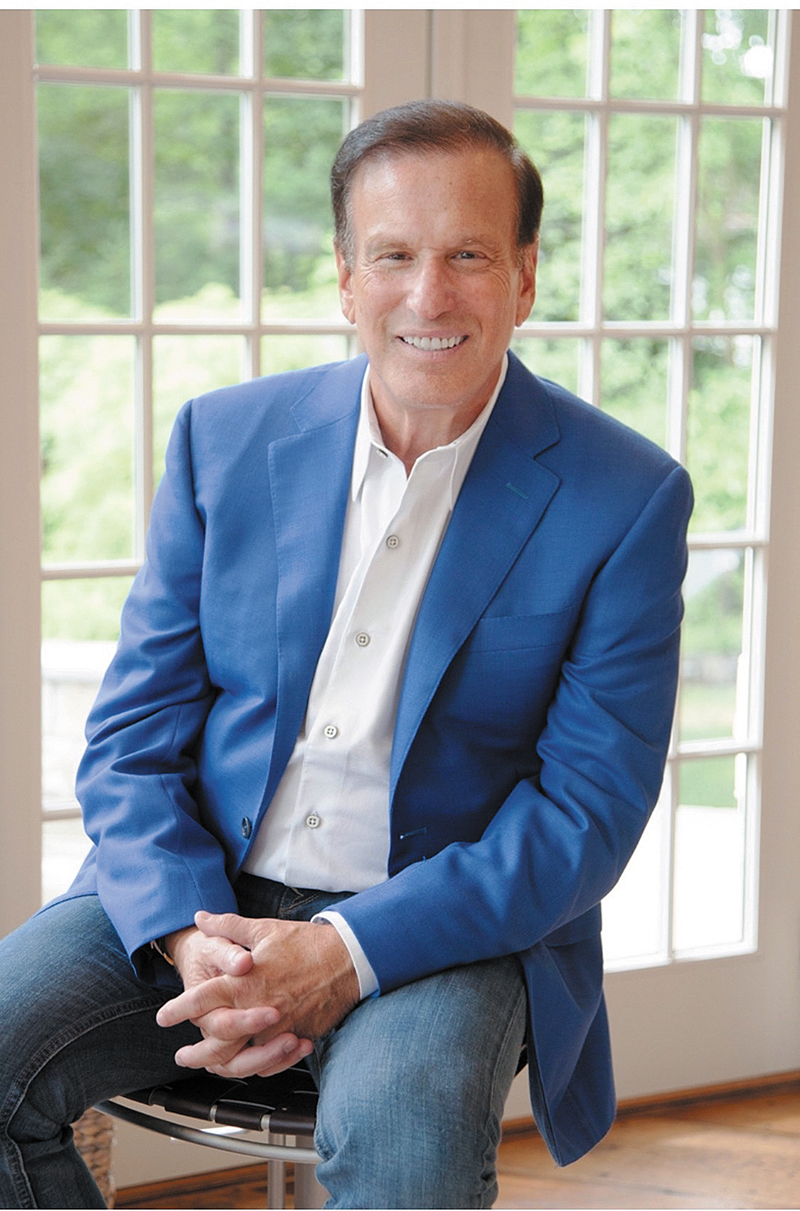 Mason Slaine of coastal Boca Raton serves on the board of Boca Raton Regional Hospital and recently donated $1.5 million to the hospital’s ‘Keeping the Promise’ expansion campaign. Photo provided

In these trying times, hospitals need more friends like Mason Slaine.
Slaine moved from Greenwich, Connecticut, to coastal Boca Raton in 2014 and very quickly became involved with Boca Raton Regional Hospital, being named to its board of directors a year later.
“I wanted to participate in the community, which I’ve done in other places I’ve lived,” he said. “I’ve always been interested in health care, and particularly in South Florida, where the predominance of elderly people makes the need for top-notch health care more intense.”
Slaine has held a number of high-profile positions in the information and technology realm over the years, including CEO of business information publisher Thomson Financial (now Thomson Reuters) from 1994-96. He said conversations with medical professionals prompted him to become one of Boca Regional’s most prominent donors.
His first significant donation went to the Marcus Neuroscience Institute at Boca Regional, where the adjacent courtyard bears his name. And his most recent gift, in the amount of $1.5 million, has become a driving force in the hospital’s ongoing fundraising campaign titled “Keeping the Promise.”
“Mr. Slaine has been an extraordinary advocate and very active in our plans since he became involved with Boca Regional a few short years ago,” said Lincoln Mendez, CEO of Boca Raton Regional Hospital. “We are delighted to have him as a member of our family, as a foundation board member and as a lead donor to our campaign.”
Slaine, 67, said he has been involved in “some big decisions” since joining the board, including the hospital’s aligning itself with Baptist Health South Florida a year ago.
“That was a big issue, and the building on the (Boca Raton) campus in the coming years is going to be significant,” Slaine said.
The ongoing pandemic has intensified the spotlight on Boca Regional and other area hospitals.
“Dealing with COVID-19 is a very serious thing,” Slaine said. “So aside from giving my time I give energy, and I have an emotional interest in making sure we have good health care in the area.”
Slaine’s other investments include purchasing a 7% share in Tribune Publishing earlier this year. According to the Chicago Tribune, Slaine spent $13.9 million to buy 1.58 million shares of the company between Feb. 3 and March 17. The average price was $8.79 a share; the stock was trading at almost $11 a share in mid-August.
Slaine, who has expressed confidence in the future of newspapers as a digital entity, also attempted to buy the Sun-Sentinel from Tribune Publishing two years ago but was turned down.
Slaine, who is divorced, serves on the executive and audit committees at the hospital, working as chairman of the audit committee. He is also active in Temple Beth-El of Boca Raton, where he serves on the finance committee.
— Brian Biggane

Q: What professions have you worked in? What professional accomplishments are you most proud of?
A: I have principally worked in the information/technology field for the past 35 years. I have participated in developing and building many businesses, including Iparadigms, the publisher of Turnitin.
Turnitin, which is an internet-based plagiarism detection device, is used in most colleges throughout the world and in many high schools.
I helped build Interactive Data Corporation, the leading provider of fixed income pricing data in the world. I was president of Thomson Financial (now Thomson Reuters) for many years.
Altogether I have built businesses in a broad range of areas, including tax software, intellectual property, science, chemistry, medtech, fintech, health care, financial and trade publishing, energy analytics and private company databases.

Q: What advice do you have for a young person seeking a career today?
A: Get the prerequisite training first and study hard and long!

Q: How did you choose to make your home in coastal Boca Raton?
A: I have friends and family in the area and like the weather.

Q: What is your favorite part about living in coastal Boca Raton?
A: Being near the water. Obviously, Florida has a great climate most of the year, and I love being outside as much as possible. I do a little boating and haven’t gone fishing for a while, but I just like being there, walking on the beach, that kind of thing.

Q: What book are you reading now?
A: John Bolton’s recent book, The Room Where It Happened; Nelson DeMille’s latest novel, The Deserter; The Stranger, by Albert Camus, and The Varieties of Religious Experience, by William James.

Q: What music do you listen to when you want to relax? When you want to be inspired?
A: I generally like ’80s music and find Dvorak and Tchaikovsky inspiring.

Q: Have you had mentors in your life? Individuals who have inspired your life decisions?
A: I was fortunate to have had a mentor at the beginning of my career named Theodore “Ted” Lamont Cross. Ted was a brilliant businessman and was also a great fighter for justice. He was also a world-class bird photographer.
Ted marched with Martin Luther King Jr. and wrote two books on how to improve business opportunities for people of color: Black Capitalism and The Black Power Imperative. He also published The Journal of Blacks in Higher Education and Business and Society Review. Ted was Caucasian. Learning from a true Renaissance man who combined interests in science, social well-being and business provided me with the “weltgeist” to become the person I have become.

Q: If your life story were to be made into a movie, who would play you?
A: Matt Damon — he would get the accent right!

Q: Is there something people don’t know about you but should?
A: I am no longer interested in making money. I intend to spend more of my time and resources on public service endeavors, especially in health care and children’s services.