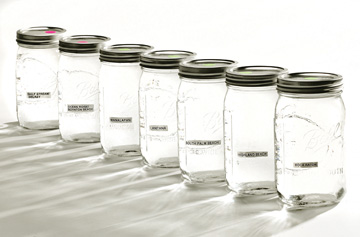 Special Report: Does what's flowing from your tap pass the taste test?

“If you care about your health, you can’t drink this water,’’ DeStefano said, noting he has a personal reverse-osmosis device in his home to re-treat the municipal water and make it more palatable.

“I notice a difference between 20 years ago and now,’’ Evans said. “I think our water’s better.’’

Mayor Pro Tem Donald Brennan wondered if the town’s aging pipes contributed to the taste of the water reaching DeStefano’s house, one of the farthest from the water plant on the mainland.

DeStefano tempered his remarks the following day, saying Manalapan’s water is “safe,’’ but not to his liking. Commissioners routinely drink bottled water at their meetings.

Manalapan and Highland Beach are two coastal communities with their own water plants. Coastal Boca Raton and Delray Beach draw from large municipal plants on the mainland. Smaller towns rely on contracts with nearby municipalities.

Boynton Beach, for instance, charges Ocean Ridge the same as in-city customers under a 1931 agreement that separated the coastal town from what was then the town of Boynton. The city also provides water, at a 25 percent outside-the-city surcharge, to Briny Breezes and the county pocket that Gulf Stream annexed this year. The rest of Gulf Stream gets its water from Delray Beach, redistributed under a complicated fee structure with more than 30 categories, each with four rate tiers.

Manalapan gives Hypoluxo, on the west side of the Intracoastal Waterway, a relative nonresidential bargain, imposing only a 20 percent surcharge. Hypoluxo customers outnumber town water customers almost 2-to-1.

Highland Beach water is all the product of reverse osmosis, in which brackish water from the 1,200-foot-deep Floridan Aquifer is forced through membranes to remove the salt. Because the town uses no water from the shallower and more drought-sensitive Biscayne Aquifer, it is not subject to lawn-watering restrictions.

Manalapan, on the other hand, gives its customers a blend of roughly 60 percent reverse-osmosis water and 40 percent “fresh water’’ from its Biscayne Aquifer plant, partly to reduce corrosion of water pipes and also to cut the high electric bills of reverse osmosis.

A town having its own water supply is no guarantee of taste or reliability. Highland Beach, for example, had a pipe burst inside its plant on July 5, causing the town to shut its system and connect to Delray Beach’s for 12 hours of repairs. A leaking pipe flange caused a similar disruption for a couple hours July 22.

“We were getting quite a few calls,’’ Public Works Director Jack Lee told Highland Beach commissioners when the pipe burst. “The water that we get from Delray is perfectly safe, it’s potable water. It does have a little yellow tint to it, and that’s because they don’t have a reverse-osmosis water plant like we do.’’

The costs of water,
by municipality

What coastal residents pay each month for 7,000 gallons of water:

Gulf Stream: * Town has more than 30 customer types based on lot size and impervious area, each type has four tiers based on gallons used. Gulf Stream buys water from Delray Beach.