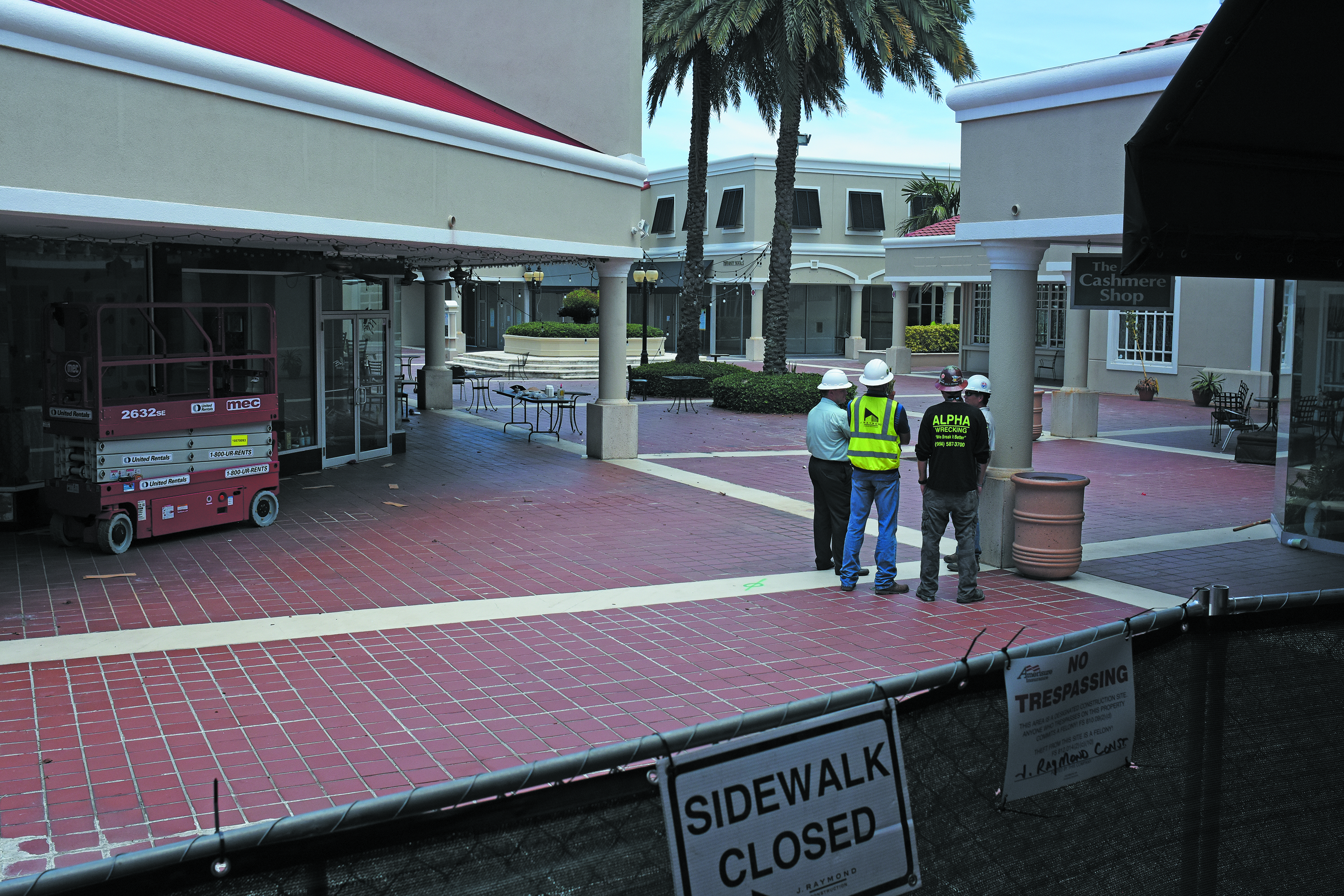 to make room for construction of a Publix grocery. Businesses in the mall will remain open

during the projected year-long process.

Demolition has begun to make way for a Publix supermarket at Manalapan’s Plaza del Mar after the mall’s landlord cleared the last two obstacles to the $10 million renovation project in June.
For one, town commissioners ended seven months of negotiation with Publix and Kitson & Partners over the store’s sign design in finally approving 3-foot white lettering with backlighting for the marquee space above the front entrance.
“We have ourselves a sign,” said a smiling Mayor Keith Waters after com-missioners’ unanimous vote on June 13.
The other obstacle to fall was a civil suit filed in Palm Beach County Circuit Court that sought to block the supermarket’s construction. Lantana resident Barbara Federico and homeowners from Manalapan’s La Coquille Villas had accused town officials of procedural errors and failing to follow their own building rules.
Federico also objected to the size of the supermarket — 25,000 square feet — and its potential negative impact on traffic. La Coquille residents complained the store wasn’t in keeping with Manalapan’s “unique ambiance.” But the plaintiffs decided to withdraw their lawsuit before the case made it to the courtroom, ending a legal fight that could have stalled the project for months.
Matt Buehler, Kitson’s retail vice president, said construction of the Publix, as well as a facelift for the adjoining stores and parking lot, will take about a year to complete. The target date for the supermarket’s opening is June 8, several months later than Kitson and Publix had wanted.
The approved sign design will share similarities with signs across the street at the Eau Palm Beach Resort & Spa and will be restricted to the same level of illumination. Two monument signs marking the plaza entrances will not have the words “Food and Pharmacy” as Publix had wanted.
Illumination of the store’s main sign is restricted roughly to business hours from 7 a.m. to 10 p.m.
“When the store is closed, we’d like that light to go off,” Waters said.