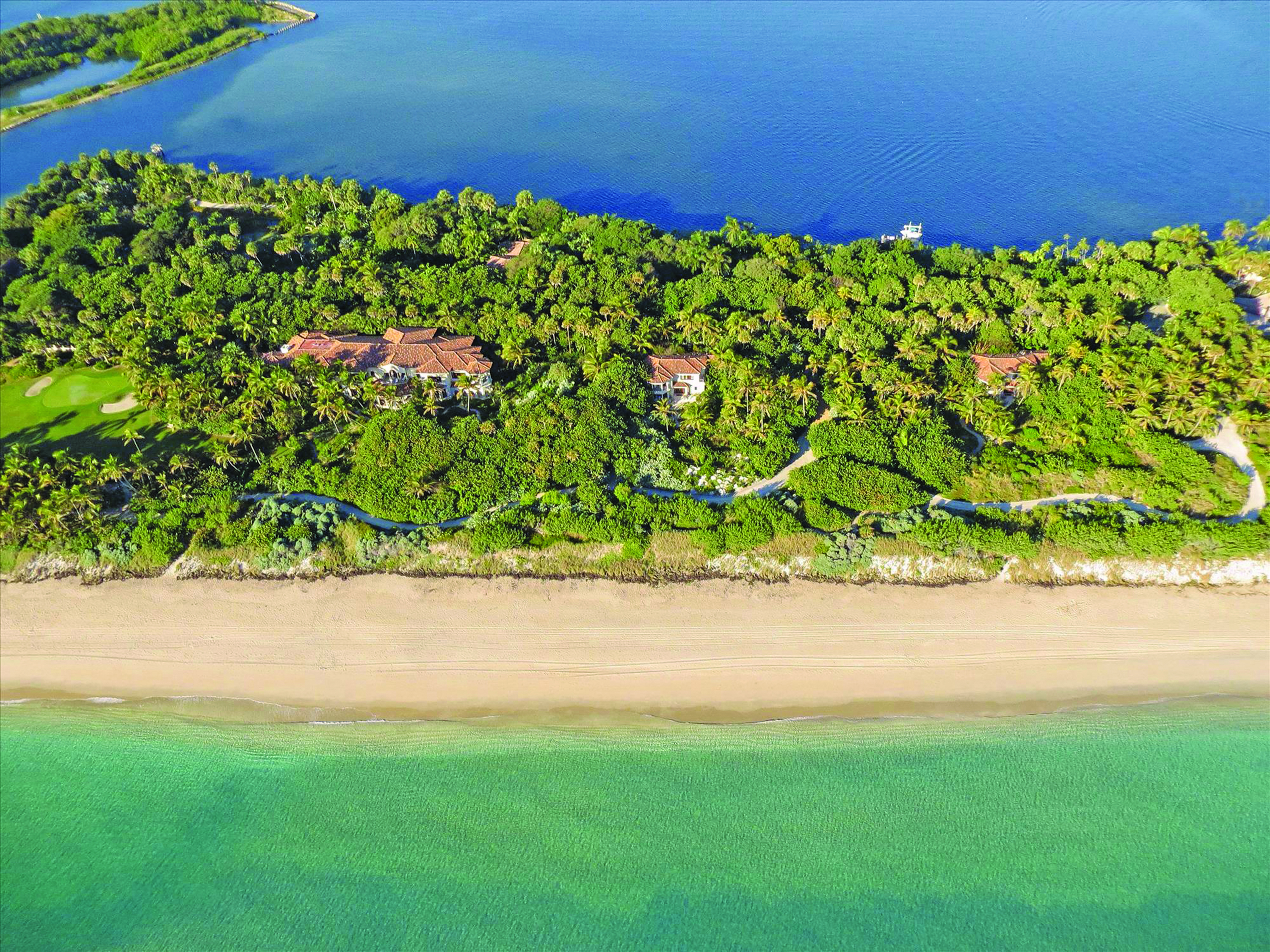 would represent a seismic shift in the land use, planning and zoning of Manalapan. The lush vegetation

of the grounds conceals the 33-room mansion and other buildings.

Think about the Ziff property, that 15-acre parcel of pristine undeveloped land at the southern tip of Manalapan — a natural preserve that offers a glimpse of the unspoiled Florida that Spanish explorers might have seen when they visited the hemisphere five centuries ago.
Now think about the Ziff property with a 60-room hotel on the Intracoastal Waterway side, 70 condominiums rising on the oceanfront and parking for dozens of cars and delivery vehicles.
That’s what Tony Imbesi asked Manalapan commissioners to consider when he told them about his idea for the iconic property, known as Gemini to the Ziff family.
Imbesi, 26, is the son of real estate investor Joseph Imbesi, who lives on Lands End Road in the town. Five years ago, Joseph Imbesi sold the Bal Harbour Club in Miami-Dade County to an Argentine developer for $220 million. The deal made way for the Oceana Bal Harbour condo tower that stands there today.
The Imbesis are seeing the same kind of potential for big things when they look at the Ziff property.
“This would be a very special condo hotel,” Tony Imbesi told the commission on June 13. Rooms would go for between $2,000 and $5,000 a night, “a seven-star hotel,” he said.
Manalapan’s existing luxury hotel, the Eau Palm Beach Resort & Spa, would be unaffected by the Imbesis’ vision, they say.
“This is something that wouldn’t compete with the Eau but complement it,” Tony Imbesi said.
The condo building would have “a small footprint and tall height” to preserve more of the 1,500 tropical plant species around it. The existing 33-room mansion on the property also would be preserved.
Tony Imbesi came to the commissioners with no plans, drawings, studies or even details about the proposal. He was looking only for feedback to gauge how realistic his ambitious venture might be.
“If they go along with it,” he said of the commissioners, “it’s extremely realistic.”
Mayor Keith Waters told Imbesi the project would represent a seismic shift in land use, planning and zoning for Manalapan, changing population density, traffic patterns and even political apportionment.
Town Manager Linda Stumpf said the administrative work needed to move such a project through town regulatory reviews would take at least two years in itself.
Waters advised Imbesi to continue to solicit opinions about the idea from Manalapan residents and reminded him that the town is determined to remain “a small enclave, a little jewel.” The mayor said the commission will listen to the responses from the community that are sure to be coming.
One recent change has made the Imbesi plan more realistic. The Ziff family cut the selling price of their compound by $30 million to $165 million, hoping to attract more buyers.