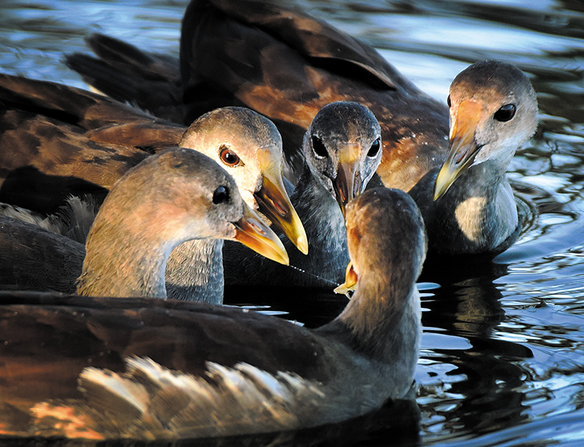 Slip into the hidden Lantana Nature Preserve, sandwiched between the Intracoastal Waterway and the Atlantic Ocean, and you might catch a glimpse of an American redstart or even a bay-breasted warbler.
Stroll the boardwalk at the Green Cay Nature Center and Wetlands and there’s a good chance of observing a roseate spoonbill or maybe a least bittern or sora rail.
Stake out a spot on an aging wooden-planked dock along the eastern shore of Delray Beach’s Lake Ida and an osprey, red-shouldered hawk and — if you’re lucky — a bald eagle may soar in the sky above you. Sprinkled throughout southern Palm Beach County are a few parks, refuges and natural areas that have become favorite hangouts for resident birds as well as migrating species pausing as they flee the Northern chill for the warmth of South and Central America.
Those places have also been a magnet for people who enjoy the challenge of spotting a rare species, as well as those who find joy just seeing birds in their natural habitat.
“South County has some excellent birding spots,” says Chuck Weber, a longtime Palm Beach County birder, who coordinates the Christmas Bird Count for Audubon Everglades, the local branch of the national organization.
The Christmas Bird Count, held Jan. 2, encompassed an area 15 miles in diameter, including parts of the barrier island and a large chunk of South County.
While the consensus is that the number of birds in North America is down, Weber says that too many variables make it difficult to determine if this is the case here, although it is likely.
Still, last season there were 146 species identified in the count, similar to previous years, with the likelihood that the numbers will be close this time around.
One reason South County and the whole of Palm Beach County remain popular among birds is the diversity of habitat, which provides food, shelter and safety for many species.
For coastal shorebirds, South County offers miles of beaches, including some that do not get a lot of human visitors. Songbirds can find homes in coastal hammocks, while wading birds flock to both natural and man-made wetlands.
Local government agencies, says birder Sue Young, deserve a healthy dose of the credit for ensuring that natural habitat remains accessible to wildlife — and to people who enjoy witnessing them in action. “When we preserve these areas, the birds are going to show up,” she said.
Tucked between condos, townhomes and residential neighborhoods throughout South County are also small nature preserves, including the Hypoluxo Scrub Natural Area, Ocean Ridge Natural Area, the Seacrest Scrub Natural Area in Boynton Beach, the Delray Oaks Natural Area in Delray Beach, and the Pondhawk Natural Area in Boca Raton.
These spots provide habitat for many critters and don’t always have the abundance of birds found at more recognized locations, but they are on many birders’ lists of spots worth visiting occasionally.
Here are several popular birding spots in southern Palm Beach County. 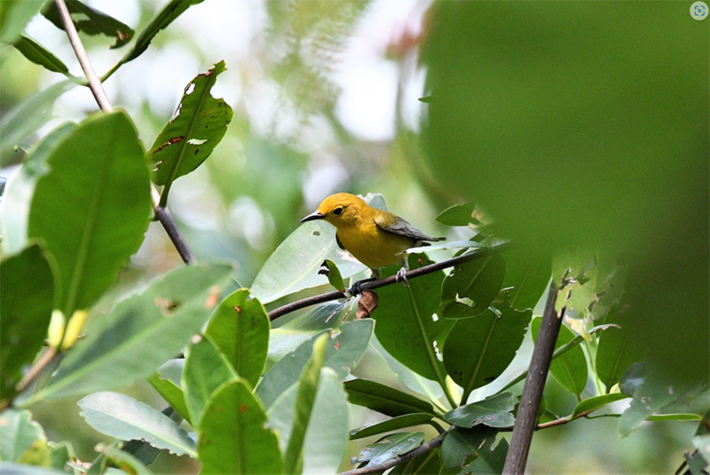 Drive too quickly along Ocean Avenue as you head west from State Road A1A and there’s a good chance you’ll scoot right past the entrance to the Lantana Nature Preserve, a 4.6-acre man-made oasis that has become a magnet for birds traversing the East Coast.

“We think of it as a migration hot spot,” says longtime Palm Beach County birder Chuck Weber. “It’s a beautiful little spot.”
Weber credits the town of Lantana for creating the preserve — just west of the Carlisle home for seniors — using mostly Florida trees and shrubs to transform a site that had been overgrown and strewn with litter into a peaceful refuge for birds and birders.
“They did a great job of creating a native coastal hammock,” Weber said. That’s important, he says, because birds generally prefer native plants and trees for shelter and food.
What makes it special: The Lantana Nature Preserve is small and easily accessible. You’ll find an abundance of native trees — from strangler figs and gumbo limbo to poisonwood and mangroves — that draw mostly smaller songbirds during migrations.
What you’ll see: Many of the birds you’ll see at the preserve are usual suspects found in the area during migration periods, including blue-gray gnatcatchers, a variety of warblers and painted and indigo buntings.
In the fall, you might see a chestnut-sided warbler.
Rare sightings: A red-legged thrush was sighted there a few years back, and so was a La Sagras flycatcher. “For such a small place, it has an impressive list of rarities,” Weber said. When Sue Young wants to show off Florida wildlife to visitors from the North, her first stop is typically Wakodahatchee Wetlands.

“The sheer spectacle of nesting birds there blows everyone away,” she says, explaining that wood storks, great blue herons and great egrets have created close-up rookeries hard to find anywhere else in the area.
Like its neighbor Green Cay, Wakodahatchee is a man-made wetland filled with water from nearby county-operated water treatment plants. Both have boardwalks winding through them that escort visitors up close to avian visitors as well as an occasional alligator.
“They’ve taken Florida habitat and shrunk it down to a manageable size,” Young says.
While Wakodahatchee is smaller and may have birds in greater concentrations, the 100-acre Green Cay has a bigger variety, partially because it includes a larger woodland habitat. Young has seen as many as 50 species in one day there.
What makes them special: The boardwalks bring visitors close to the birds, and over time, the wildlife have accepted people passing by.
“You have a chance to see natural behavior from a bird that would normally get spooked and fly away,” Young said.
What you’ll see: Both locations have a similar assortment of wading birds and ducks, while pied-billed grebes, common gallinules, tricolored herons, great blue herons and great egrets are abundant. At Wakodahatchee, you’ll see more wood storks and great blue herons, while at Green Cay you’re likely to see more warblers in the woodland areas.
Rare sightings: Green Cay has had barred owls and eastern screech owls visit, and a pair of Chuck-will’s-widows have taken residence this season. In the past, Green Cay has seen a La Sagras flycatcher, a least grebe and a reddish egret. At Wakodahatchee, a golden-winged warbler — normally seen in South or Central America — was spotted several years ago, creating international interest among birders. 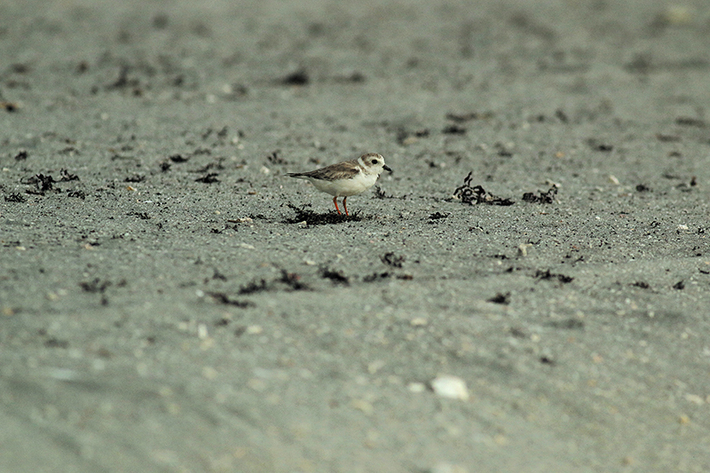 There are few remaining places for birders in Palm Beach County the size of Boca Raton’s expansive Spanish River Park.
Coastal shore birds are in abundance east of State Road A1A, and migratory songbirds find shelter in the old Florida growth on the west inside the oceanfront sanctuary.

Not far offshore you’ll find seabirds such as gannets, and on the west side of the park mangroves will attract an occasional egret or great blue heron.
“Spanish River Park is a great place to see birds because there’s so many different species, both on the beach and in the park, on any given day,” says birder Kenny Miller, who can be seen many mornings on the beach before sunrise and in the park shortly thereafter.
He is always on the lookout for hard-to-find species. During an October visit, he counted 49 bird species, including a rare, white-crowned pigeon.
The nearly 95-acre park — which has three tunnels, making it easy to navigate between the two habitats — also includes two trails winding through the coastal hammock.
There is a $35 daily charge for parking inside the park and metered parking is available on Spanish River Boulevard at $2 per hour.
What makes it special: Spanish River Park attracts a diversity of wildlife found in two very different habitats. Several species of coastal shorebirds patrol the beach while the coastal hammock draws songbirds and others during migration.
What you’ll see: On the beach, you’ll see laughing gulls, herring gulls, royal terns, sanderlings and an occasional willet, as well as a handful of other species. Peering out over the ocean, you’ll see seagulls, gannets, perhaps a common loon and even a scoter. Migratory birds, including many species of warblers, can be found inside the park.
Rare sightings: The first Florida sighting of a hermit warbler took place at Spanish River Park several years ago. A mangrove cuckoo was discovered there, and piping plovers have been seen on the beach.

Susan Wasserman often walks along the levee and marsh trails of the Loxahatchee Wildlife Refuge just before the sun sinks over the wetlands. She searches the trees and wetlands for elusive birds.

Wasserman tends to avoid the boardwalk that twists through a small hardwood portion of the park where the Everglades meets urbanization, preferring solid ground instead.
“You’re not walking over the wetlands, you’re walking in them,” she says. “I don’t feel like an observer of the wildlife. I feel like I’m among it.”
A natural Everglades ecosystem, the refuge “is a mosaic of wet prairies, sawgrass ridges, sloughs, tree islands, cattail communities and a 400-acre cypress swamp,” according to the park literature.
To enter the refuge, a $10 daily entry fee per car or a $25 annual pass is required. The park offers a variety of recreational activities and includes a nature center.
What makes it special: This national wildlife refuge, covering over 225 square miles, is home to about 250 species of birds, including the Everglades snail kite, an endangered species.
What you’ll see: Sandhill cranes, large pileated woodpeckers, wood ducks, monk parakeets and nanday parakeets are frequent visitors. Owls, including a great-horned owl and barred owls, also have been seen.
Rare sightings: Birders flocked to Loxahatchee a few years back when a vermilion flycatcher was spotted. But to make even a routine trip unforgettable, they can watch the hundreds, maybe thousands, of European starlings seemingly dance on cue through the sky — creating a murmuration at sunset. 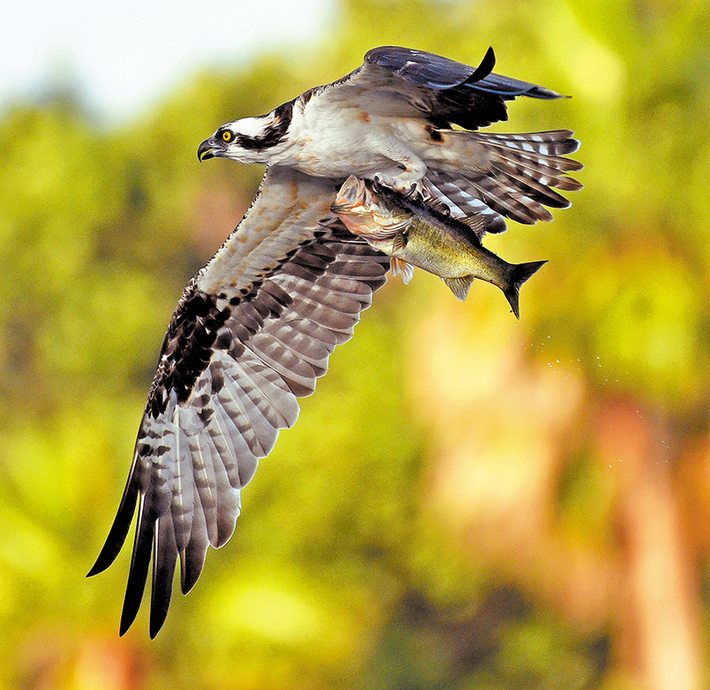 An osprey carries off a largemouth bass for its breakfast. Photo by Peter W. Cross

It wasn’t until the pandemic that retired photojournalist Peter W. Cross started paying attention to the birds visiting this small park tucked into the Lake Ida neighborhood.

During early morning visits with his yellow Labrador retriever Roxy, Cross noticed common wading birds such as egrets and herons. But as he became more attuned to the bird life around him, he recognized other species, including woodpeckers, warblers and even raptors.
“When the pandemic happened, all this wildlife came out,” Cross said. “You’ll see just about every type of bird.”
The park is easily accessible on the eastern edge of the natural lake and since the water is home to several species of fish — including peacock and largemouth bass — it is a favorite for birds, including an occasional raptor, Cross said.
What makes it special: The park is a hidden gem, where visitors can stand on a dock at the water’s edge and see several species of resident birds, as well as a few migrating species.
What you’ll see: Osprey, red-shouldered hawks and Cooper’s hawks are frequent visitors, as are many types of warblers and woodpeckers common to the area. Limpkins pulling apple snails from their shells are often seen, and a roseate spoonbill may make an appearance.
Rare sightings: The park has attracted a spot-breasted oriole, and Cross has caught a glimpse of a bald eagle soaring over the lake, hunting for a morning meal. A juvenile gallinule creates an image of itself as it takes off from the lake’s placid waters. A spot-breasted oriole glows in the early morning light as it searches for a meal.