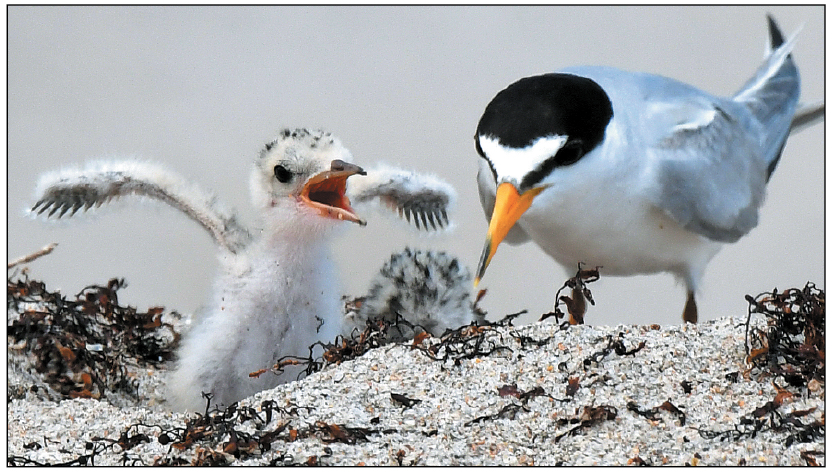 The least tern, a migratory bird threatened with a loss of natural beach habitat, appears to be making a comeback in Boca Raton.

This year, for the first time in many seasons, wildlife biologists have spotted at least six tern chicks on Boca Raton’s beach and are optimistic about the future of the local least tern beach colony, one of only two in South Florida.

‘This is a big deal because the least tern is a state threatened species,’ said Natasha Warraich, assistant regional biologist with the Florida Fish and Wildlife Conservation Commission, who has been monitoring the colony. ‘It’s exciting that their eggs are actually hatching.’

Two years ago, wildlife biologists spotted a nesting pair of least terns with eggs, but those eggs did not hatch. Warraich said that this year the colony has grown to about 20 pairs and that could mean additional chicks.

Survival of the chicks — which still face the threat of predation — could eventually lead to a strengthening of the colony, which appears to migrate to the same beach area in Boca Raton from its winter grounds in Central America.    — Rich Pollack

ABOVE: A chick pleads with an adult for food. BELOW: A few minutes later, its wish was granted. 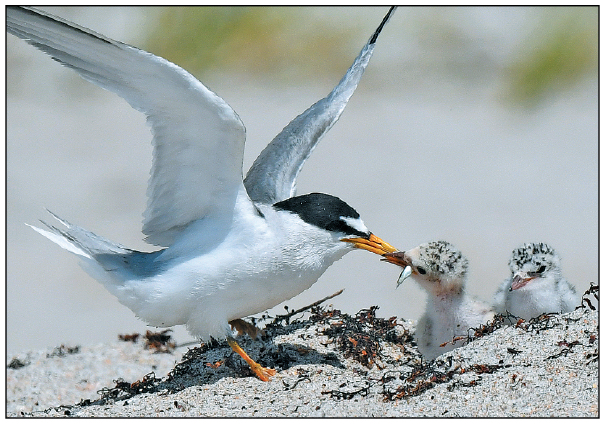