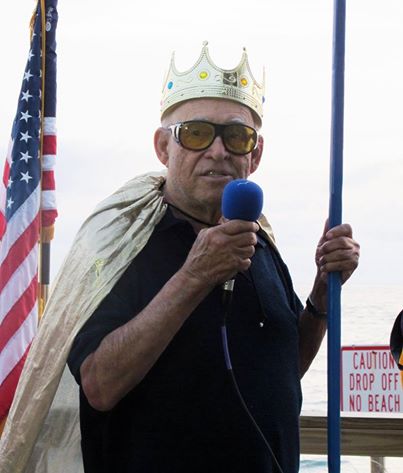 After 10 years of being Lantana’s version of Punxsutawney Phil, Lantana Lou (Canter) will no longer emerge from the Atlantic Ocean to make his sunny weather prediction on Groundhog Day.

“I was always right in predicting six more weeks of great weather,” said Cantor, a retired Lantana Council Member who was recognized by the Town Council Jan. 13. “All good things must come to an end and this is the time for me,” Cantor said.

“Mr. Cantor has given much time and devotion to residents of Lantana and has earned the respect and admiration of the community at large for his wisdom and community spirit,” said Mayor Dave Stewart. “As Lantana Lou, he brought favorable recognition to the town through television and newspapers and amused hundreds of residents over the years.”