Zach Gorman of Boynton Beach was one of six co-winners in the watermelon- eating contest that was part of the festivities at Bicentennial Park. 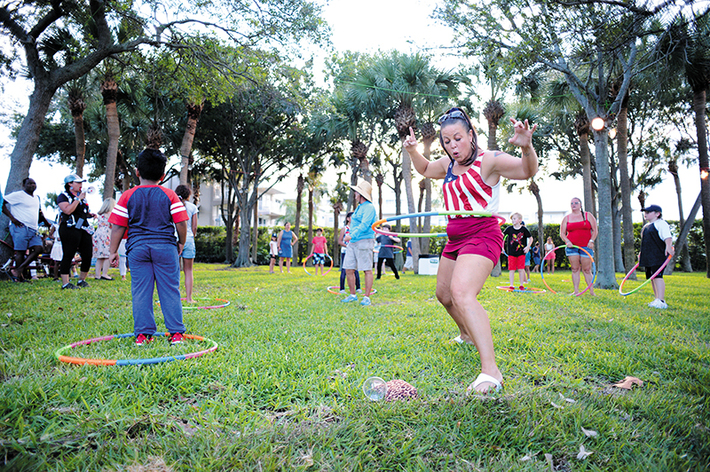 Michelle Jackson, a traveling nurse from Tennessee who spent the previous three months working at JFK Medical Center, was one of the winners in the hula hoop contest. She and two children outlasted a field of more than 20 participants. The fireworks lasted for a half hour, and many in the crowd commented on how exciting they were. The town didn't have fireworks last year because of the pandemic, so it spent twice as much, $60,000, this year.