July, 16, 2012, marked the 70th anniversary of the Vel D'Hiv round-up. On July 16th and 17th, 1942, the French police arrested 13,152 Jewish men, women and children from the Paris area. Initially kept in the Velodrome D'Hiver, they were then taken to internment camps near Paris and finally transported to German death camps.  It took until 1995, in a speech by then President Jacques Chirac, to formally acknowledge France's collaboration with the Nazis. In 2012 French President Francois Hollande spoke of France's betrayal of the Jews and its irony; France in 1791 had been the first European country to declare Jews as fully fledged citizens

This year's Remembrance Day talk in Highland Beach will be about the French people who saved Jewish lives. It is the story of George Banet, who lives in of Highland Beach. Banet and his mother were dragged from their apartment during the Vel D'Hiv round-up. His mother, Thérèse, was imprisoned, but the French policeman holding the 12-year old boy allowed him to run.

Jojo Flaum, as Banet was then called, managed to safely get to his aunt and uncle's apartment. As long as Thérèse was interned in Paris, the family stayed, hoping to get her out of Drancy. When she was deported, the entire family had to leave. Finding a safe place for Jojo's aunt, uncle, and their three children, would be difficult. A sixth person, Jojo, would make it harder. A neighbor said a cousin living outside of Paris would take Jojo in. Everyone agreed it was best.

George Banet's memory concerning the war goes in and out. Most of the time when asked questions, he says he can't remember. He had even forgotten what he was called during the war. But he remembered a town, L'Hay-les-Roses, and he had two pictures, dated Mai 1943, of the family that hid him. But he couldn't remember their name. Suddenly in 2001 he could remember.

In 2002 Jojo was reunited with the people who saved him. During that reunion, and the reunions that would follow, they told Jojo about his time with them. And how they had lost touch.

Asked why they risked their lives to hide a Jew, the woman named Giselle looked puzzled.  "He had no where else to go," she said, "of course we took him in. C'est normal."

There were many good French people, like this family, people who aren't known about and aren't asked about.

Banet's wife, Marlene Roberts, will document the story of a 12-year old Jewish boy and the Catholic family who saved him. 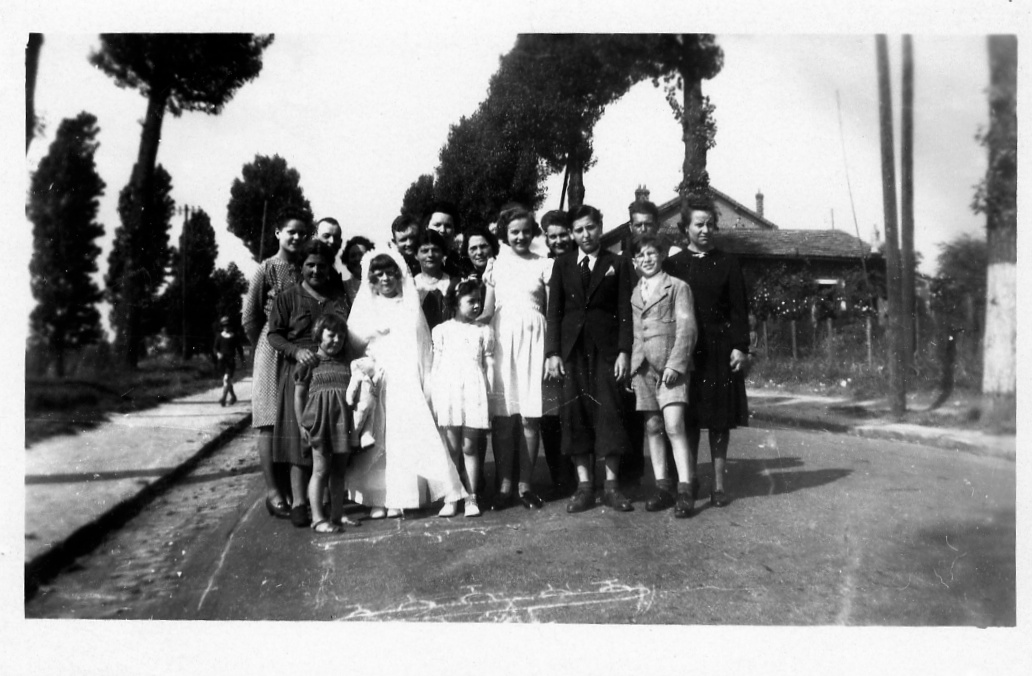