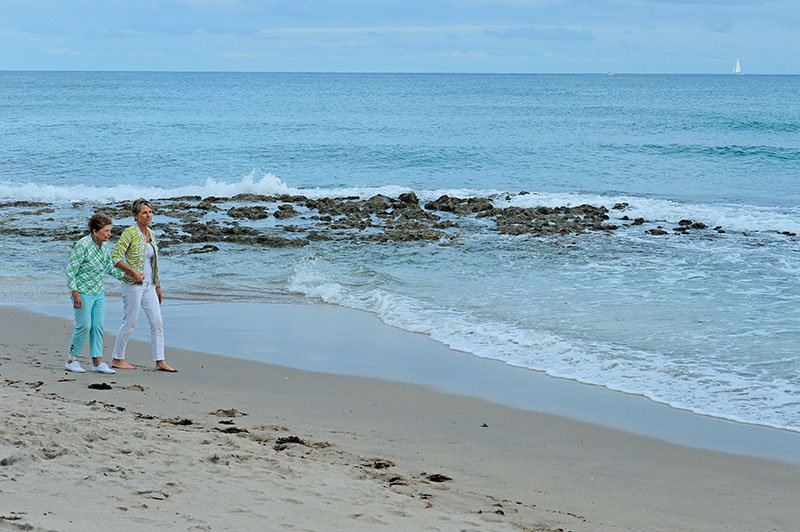 Louise Glover remembers when she and her friends would gather on what is now Yamato Rock for one of her childhood birthday parties.
“It was lots of fun,” she said. “When the water would come in, the waves would shoot up like geysers at Yellowstone and splash all over us.”
Back then, in the late 1960s, the Highland Beach property just west of the large outcropping was owned by Glover’s grandmother, Grace Weir. Glover, her friends and family members spent many summer days having a good time on and around the rock.
“When it was flat, it was perfect,” said Glover, who lives in Delray Beach. “You could jump off the rocks, swim around and see a lot of little fish. It was such a blast.”
Glover said that her grandmother owned the property that faces the rock from about 1955. It was sold to Canadian developer Cam Milani in the mid-1970s after Weir’s death.
When Milani died in 1986, his family and Palm Beach County began working on a sale that would turn the property into a county park. Yamato Rock is a hidden gem that would get wider use among snorkelers and anglers once it becomes part of a county park by 2025 or so. Snorkelers can see the bright orange fire coral and angelfish and damselfish. Anglers can catch snook, tarpon and jacks. Photo provided by Rodrigo Griesi

In the decades that have since passed, the property — and by extension Yamato Rock — has been at the center of controversy and legal wrangling that could come to an end in about five years. That is, unless Highland Beach residents can lobby hard enough to put the brakes on what is to be known as the Cam D. Milani Park.
Under a 2010 agreement that came as part of a settlement with the town of Highland Beach, construction of a county park was delayed for 10 years with the county given two five-year extensions before having to either begin construction or sell the property.
In 2019, county commissioners agreed to postpone development of the park for five years but instructed the county’s parks department to begin the legwork that would make it possible for construction to begin in 2025.
Town residents, especially those in the Boca Highland Beach Club and Marina community, have promised to continue fighting the park, which they fear will create traffic and safety issues.
If and when a park is built, Yamato Rock would be an important part of the recreation area, according to people who know the area well.
“It’s a unique feature of that location,” said Eric Call, the county’s parks and recreation director. “People will enjoy it.”
What makes Yamato Rock special, Call said, is the marine life that congregates around it. “It’s great for attracting fish,” he said, adding that snorkelers and anglers both are attracted to the area.
Call said that the property, in part because of the outcropping, is unique along Palm Beach County’s coast.
“I think the rock is what gives it character,” he said.
Albert Richwagen, a longtime South Florida resident and owner of Delray Beach Water Sports, said Yamato Rock is one of the best recreational spots in the area for people who want to surf, snorkel or fish, in large part because of its geology.
“There’s nothing like it around,” he said. “There’s not many spots where there’s a rock so close to the shoreline.”
He said the rock holds the sand on the north side while the water is deeper on the south side.
“On the big swells, it’s one of the better surfing spots,” he said.
But, Richwagen said, “It’s too hard to get to and there’s no parking.”
Highland Beach has no public beach access. The only way for non-boaters to get to Yamato Rock now, he said, is to park at Spanish River Park in Boca Raton and walk a half-mile or so up the beach, staying on the public portion.
The outcropping once was called Jap Rock. Several theories exist about how it got that name, with many believing it was due to members of the Yamato Colony of Japanese pineapple farmers going there to fish in the early 1900s.
“It’s still kind of shrouded in mystery. It’s likely white pioneers named it ‘Jap Rock,’” said Susan Gillis, curator of collections at the Boca Raton Historical Society.
Gillis, who pointed out that the outcropping was not really close to the Yamato Colony, said the name was changed in 2006 to be less pejorative. 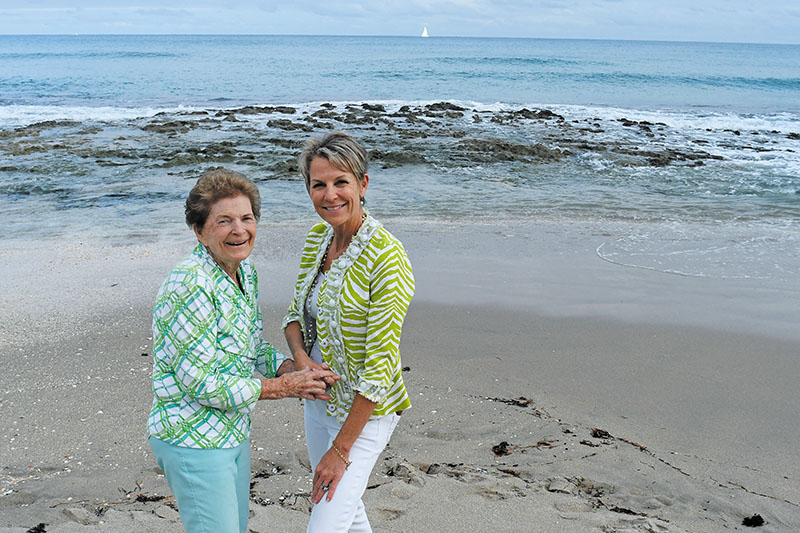 Glover said she and her family had a different explanation for the name. “We thought it was because the rocks looked like the hats that Japanese pineapple farmers wore,” she said.
Glover said allowing Yamato Rock to be more accessible for public use makes sense and is a concept her grandmother might have supported.
Another parcel she owned on Jupiter Island is now Blowing Rocks Preserve, owned by the Nature Conservancy. It includes an educational center, native plant nursery, boardwalk, oceanside path and a butterfly garden. Glover as a child at the rock. Kids would jump off the rock to swim and see fish. ‘It was such a blast,’ she says. Family photo