Voters in Highland Beach will be selecting a vice mayor on March 10 and will have a chance to approve spending on two water service-related projects, one replacing aging water mains and another designed to improve the quality of water.

Brown is president of the Bel Lido Isles Property Owners Association and has been vice mayor for the last three years.

Weitz served on the town’s Board of Adjustment and Appeals until he stepped  down to run for vice mayor, and is a seven-year member of the board of directors of the Enclave. He is a former president of the Florida Psychological Association.

Voters will also be asked to give town officials the go-ahead to spend up to $5 million on the two water projects.

A referendum on whether the town proceed with the water projects is necessary because Highland Beach’s charter requires voter approval of any capital project over $350,000.

The first project, if approved, would enable the town to move forward with the replacement of 6,700 linear feet of water mains serving side streets. The mains that would be replaced were installed in the late 1940s and are near the end of their life expectancy.

“This is an investment to ensure sustainability of our potable water system,” said Public Works Director Ed Soper. “Because of the age of the system, we recommend being proactive.”

While there have been no water main breaks recently, the goal is to avoid emergency situations where repairs and replacements could be costly and likely inconvenience residents throughout the town.

As part of the project, crews likely will be replacing the current mains — made of a combination of asbestos and cement — with more durable high-density polyethylene pipes.

If passed, the ballot measure would also allow the town to go ahead with the installation of a lime slurry/carbon dioxide system at Highland Beach’s water treatment plant, which would improve the aesthetic quality of the water.

“These projects are for the safety and well-being of the entire community,” said Commissioner Rhoda Zelniker. “If there is a water main break it will impact every resident. We want to be proactive.”

To fund the projects, the town would seek a 20-year loan, likely to have an interest rate of below 2 percent, through the state of Florida. The town is planning to use ad valorem taxes — deductible from federal income taxes for residents — to pay back the debt, which would be reflected in tax bills.

Town officials estimate property owners will see an increase of only about $15 per $100,000 of assessed property value.

“In the long run, these projects will save tax dollars for every resident of Highland Beach,” Commissioner Lou Stern said, adding that costs to implement the projects in future would likely be higher than they are now. “It’s a health and safety issue as well as financial issue.”

The following candidates are competing for a three-year term on the Highland Beach Town Commission: 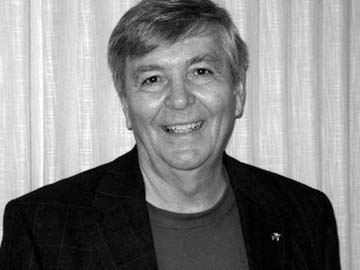 Quote: “I’d like to continue to try to make the quality of life better for our residents. I would like to have our 2.9-mile-long walkway repaved. Right now we’re trying to get a referendum to get water mains to all of our side streets, which I think is imperative.” 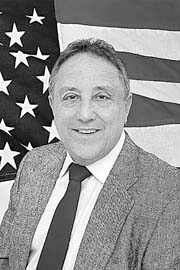 Quote: “I want to ensure the proper supervision and oversight to eliminate waste, fraud and abuse in town management. I also want to make sure that public projects are prioritized properly and funded reasonably and that we don’t put a tremendous tax burden on the population. I also want to return civility to town meetings. I think it’s possible to disagree without being disagreeable.”