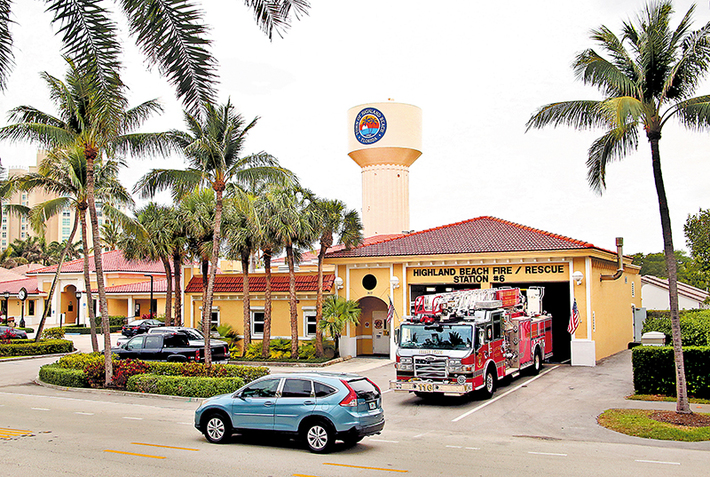 Delray Beach Fire Rescue responded to 667 calls last year within the Delray city limits from the station in neighboring Highland Beach. One ladder truck and one rescue wagon are currently assigned to the station. Tim Stepien/The Coastal Star