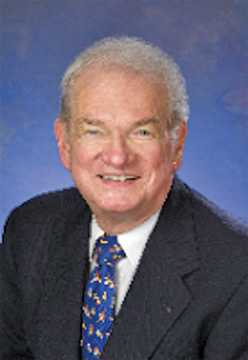 Has the town been paying too much or too little for the services of longtime Town Attorney Tom Sliney?

It will find out this month when competing law firms answer a “request for qualifications” prompted by Town Commissioner Dennis Sheridan’s review of Sliney’s retainer agreement.

“I have decided it is time for a transition for both myself and the town,” Sliney said in his resignation letter, which takes effect Dec. 31.

“I was a teenager when I started,” he joked when Sheridan brought up the retainer agreement in late September. Sheridan said the agreement had not been examined since 2009.

“I have nothing against Tom whatsoever,’’ Sheridan said. “It’s just the case that this original contract was done in 1973 and I think that it’s time to look and see what’s out there, and by all means, let Tom’s law firm bid accordingly and we’ll go from there.”

Vice Mayor Miriam Zwick objected to putting the agreement out to bid.

Sliney said he and then-Mayor Jim Newill reviewed the economic and non-economic terms of his retainer agreement two years ago and said this time Sheridan could be designated to negotiate with him.

Under the agreement, Sliney has received a monthly retainer of $9,000 plus costs for general legal services and $185 an hour for litigation services. The fees are billed through his law firm, Buckingham, Doolittle and Burroughs LLP.

By comparison, Gulf Stream pays its attorney, John ‘’Skip’’ Randolph, $235 an hour. Randolph, who has represented Gulf Stream since 1971, billed the town a total of $2,855 in September for phone consultations, legal correspondence and preparing for and attending two town meetings. His fee has not changed since 2008.

Ocean Ridge pays Town Attorney Ken Spillias a $6,000-a-month retainer and $195 an hour for all “non-routine” matters. Spillias was chosen town attorney in 1999.

In Briny Breezes, Town Attorney Jerome Skrandel also charges $185 an hour.    Attorney Trela White bills Manalapan $165 an hour for general representation and $185 for litigation. Her September bill totaled $5,568.75.    Her firm, Corbett and White PA, bills Lantana a slightly lower fees for the services of  Max Lohman — $150 for regular hours, $175 for litigation — because the town pays White’s health insurance premiums, she said. White is also the attorney for the Palm Beach County League of Cities.

South Palm Beach pays its attorney, Brad Biggs of Corbett and White, $170 an hour an hour for general representation, $195 for litigation.

“Every city is a little different,” White said.

Back in Highland Beach, Sliney had a busy calendar in September, attending the Town Commission’s regular meeting and workshop session as well as two public hearings on the budget and meetings of the Planning Board and the Board of Adjustment and Appeals.

“He’s been a terrific help to me and a help to the town. He pulled us out of some pretty tight spots,” said Harold Hagelmann, the town’s mayor from 2005 to 2008 and a member of the Planning Board for eight years before that. “I just hate to see Tom go.”