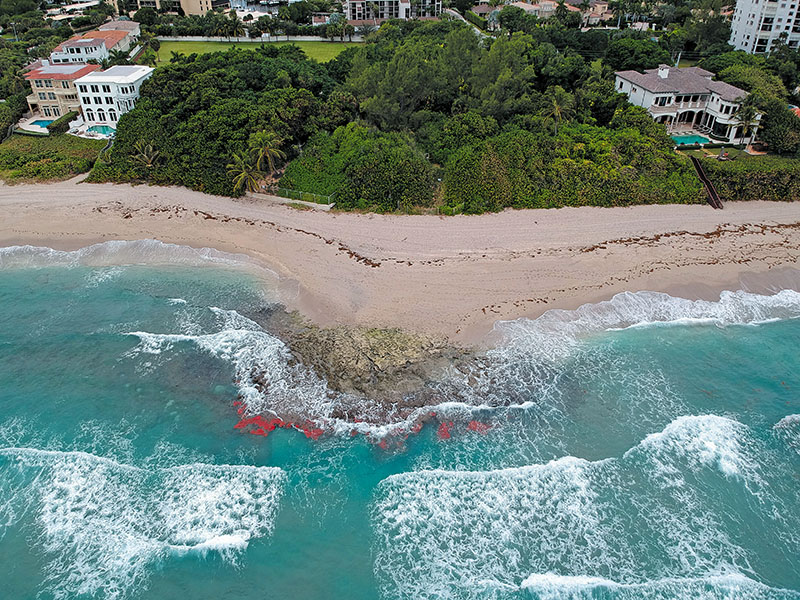 For more than 30 years, Highland Beach and residents of the Boca Highland Beach Club and Marina have fought county plans to develop a beachside park in the south end of town.

At the same time, Palm Beach County leaders have dug their heels in the sand, saying there will be a Cam D. Milani Park in Highland Beach.

Now a compromise may be in the early stages, with Boca Highland leaders saying they’re open to having a park on the 5.6-acre parcel that straddles State Road A1A as long as there are significantly fewer than the 120 parking spaces that are in the county plans.

In response, Palm Beach County’s head of Parks and Recreation says the county might be open to revising its plans as long as there’s beach access at the site.

“I think we can look at public access that is less intensive than the original plan,” said parks director Eric Call, who can make recommendations regarding a compromise to the County Commission, which will have the final say. “With some compromises on both sides we might be able to provide public access and a park for local residents as well.”

“It was a very productive meeting and a great first step toward a potential solution,” Torcivia said.

During that meeting, Call asked if Highland Beach would be willing to compromise on some of the more than 45 restrictions placed on the county as part of a 2010 settlement of a lawsuit brought by the town.

That meeting followed a presentation to the Town Commission early last month in which representatives of Boca Highland presented possible alternatives to the county plan. That plan has a large parking lot on the west side of A1A and a path to the beach on the east side of the road.

Mayor-elect Doug Hillman — who is also Boca Highland president — said the community recognizes that at some point the property will be developed and that the community wanted to have a say in the process.

“Our goal is to get the county thinking about something other than the current plan,” said Hillman, who made it clear that he was representing the condo association and not the town during the presentation. “We hope to expand the County Commission’s thinking and get them to consider other options and look at other potential uses of the land.”

While speaking in front of the Town Commission, Hillman outlined three potential uses. One concept would be a relatively passive park with benches and walking areas. A second concept would be a park hosting additional activities, including a children’s play area and maybe volleyball courts.

A third and more extensive concept would be the creation of a Cam D. Milani Environmental Education Center that would include history of the site, history of the Yamato Colony whose farmers used the area, as well as explanation of how the land was used by Native Americans. There could also be information about sea turtles, coastal reefs and beach erosion.

Call said an education center would probably be too intensive for the site but said the county could instead put up kiosks along the pathway to the beach that would cover much of the same material.

Hillman said that he and other Boca Highland representatives also ran their concepts past County Commissioner Robert Weinroth, who has been a strong proponent of developing the site.

“What we’re looking for is something that can be mutually beneficial to all the stakeholders and that includes the Milani family,” Weinroth said.

In 1987, developer Cam D. Milani’s wife, Lucia, sold the property to the county for $3.9 million after his death with the caveat that it be used as a park and be named after him.
Legal wrangling, including the town’s lawsuit, blocked development. The settlement of the suit in 2010 delayed construction of the park for 10 years, with two five-year extensions available to the county.

Last year, county commissioners voted 4-3 to follow a staff recommendation to extend a legal agreement and delay breaking ground on the county-owned parcel until 2025. At the same time, they instructed the county Parks and Recreation Department to begin legwork that would make it easier for the park to come out of the ground quickly once the extension expires.

That decision may have been a contributing factor in a willingness on both sides to seek a compromise. 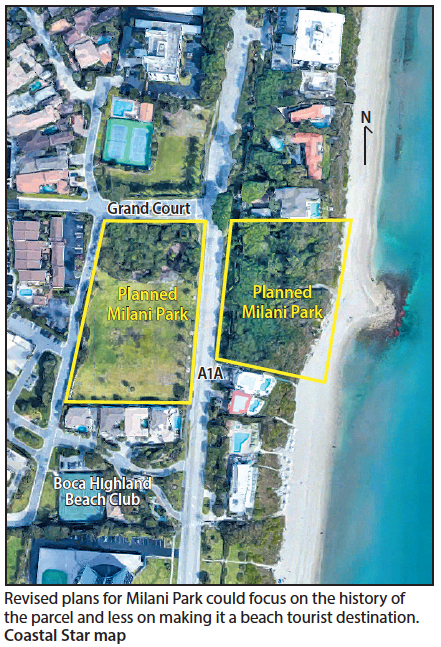