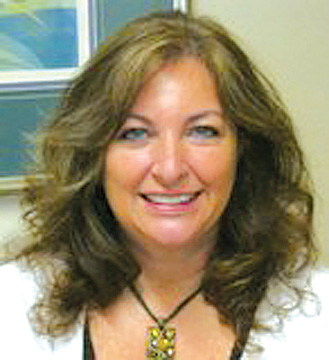 The newest members of the Town Commission were at opposite ends last month when recommending a salary boost for the almost-as-new town manager.

“She’s really made it a town that’s fun to walk into the Town Hall,” Brown said. “I think we’re very lucky to have her here, and I’d like to see us raise it to the max of 5 percent.”

Commissioner Louis Stern, elected with Brown in March, recommended a “very nice, handsome increase” of 3 percent. Mayor Bernard Featherman and Commissioners Dennis Sheridan and Doris Trinley were happy with a 3.5 percent raise. Stern upped his recommendation to 3.5 percent to match the majority; the percentages were averaged to come up with 3.8 percent.

That translates to $4,750 a year more for Weiser, whose salary the past year was $125,000. She became town manager on June 30, 2011, after a little more than four months as interim manager. She earned $6,000 a month with no benefits except for a $600-a-month car allowance during the interim stint.

Weiser replaced former Manager Dale Sugerman, who was suspended for five months with pay after the commission learned he planned to suspend Town Clerk Beverly Brown for sending off-color emails on her official computer.

Sugerman was paid $144,000 his last year; the town also paid $708 a month for his leased SUV, gasoline, maintenance and insurance. In June, Sugerman took a job as town manager in Lake Park.