A construction crew works on the foundation of a separate rectory in 1987. Photos provided by the Highland Beach Library 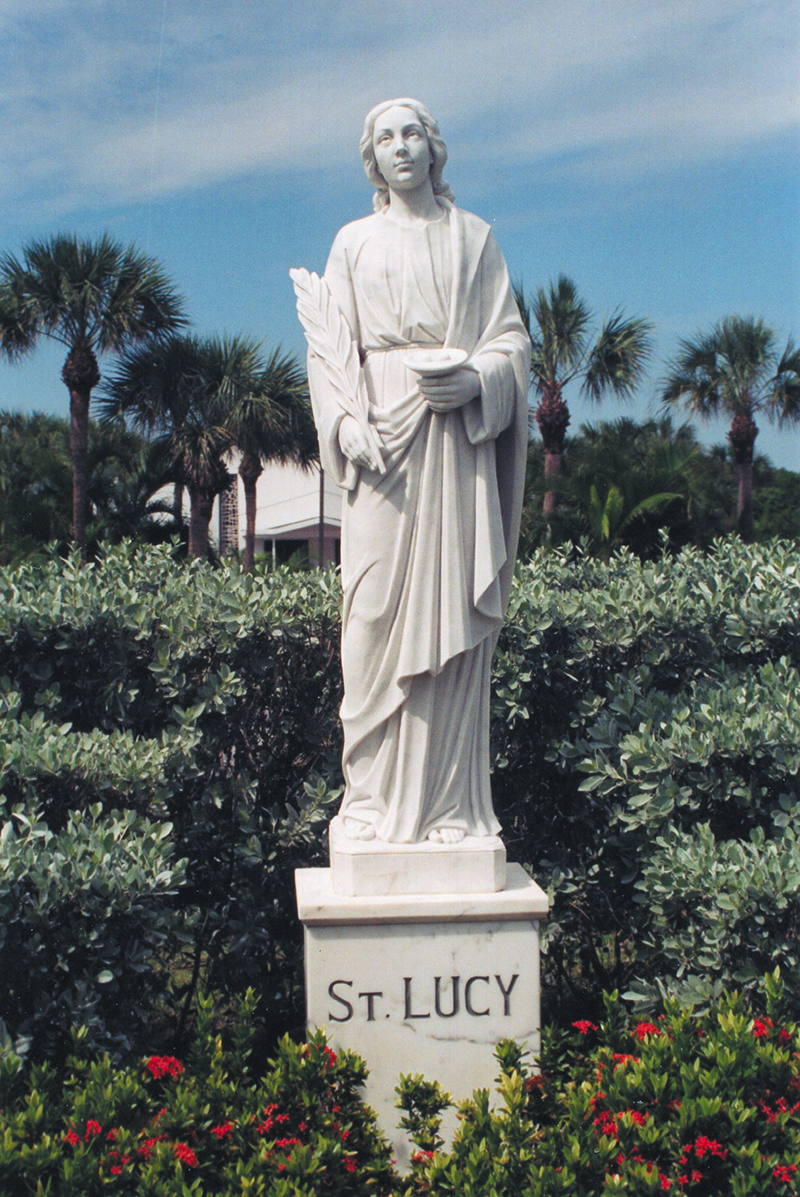 A statue of St. Lucy is visible from A1A south of Linton Boulevard.

Oct. 3, 1968: St. Lucy Church is officially established after the Diocese of Miami purchased a tract of land, overgrown and mostly mangrove swamp. Under the direction of the founding pastor, the late Rev. Michael Keller, a temporary chapel was erected for services.

1972: A temporary church is built under the direction of the Rev. Patrick Slevin, the second pastor, and dedicated by Archbishop Coleman Carroll of Miami.

1974: The Rev. Anthony J. Chepanis becomes the third pastor in May. The church buys the adjacent property to the south for a rectory.

1980s: Needing a larger church, St. Lucy plans to expand, but a lawsuit with Florida’s environmental agency stops the plans because of the protected mangroves. After an arduous, nearly three-year legal battle, the church loses and is forced to grant an easement of more than an acre to the state of Florida for the preservation of the mangroves. 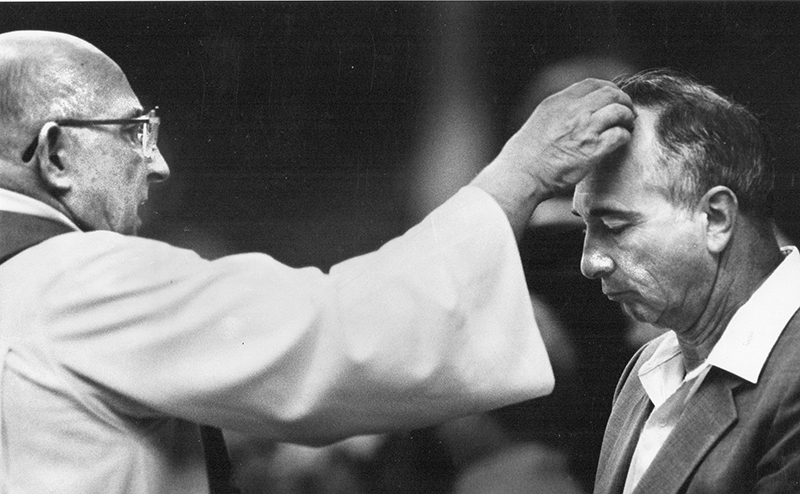 1987: The new church is officially dedicated by the Most Rev. Thomas V. Daily, the first Bishop of the Palm Beach Diocese, on Dec. 5.

1992: The new rectory and offices are built close to A1A, (not in protected mangroves). The Most Rev. J. Keith Symons, bishop of the Palm Beach Diocese, dedicated the rectory on Dec. 13.

2016: Father Grace celebrates 50 years as a priest in June and retires soon after.

2018: Horgan is officially named St. Lucy’s fifth pastor on May 1 and formally installed June 10. In recognition of its 50 years, St. Lucy is honored on June 20 with this official statement: “The Most Rev. Gerald M. Barbarito, Bishop of Palm Beach, joyfully extends his prayerful congratulations to the people of Saint Lucy Catholic Church in Highland Beach on their golden jubilee. We give thanks to God for the many priests and faithful who have tirelessly given of themselves to Highland Beach and the surrounding area. Thank you for 50 years of loving service to the Gospel of Jesus Christ through your faith and good works.” 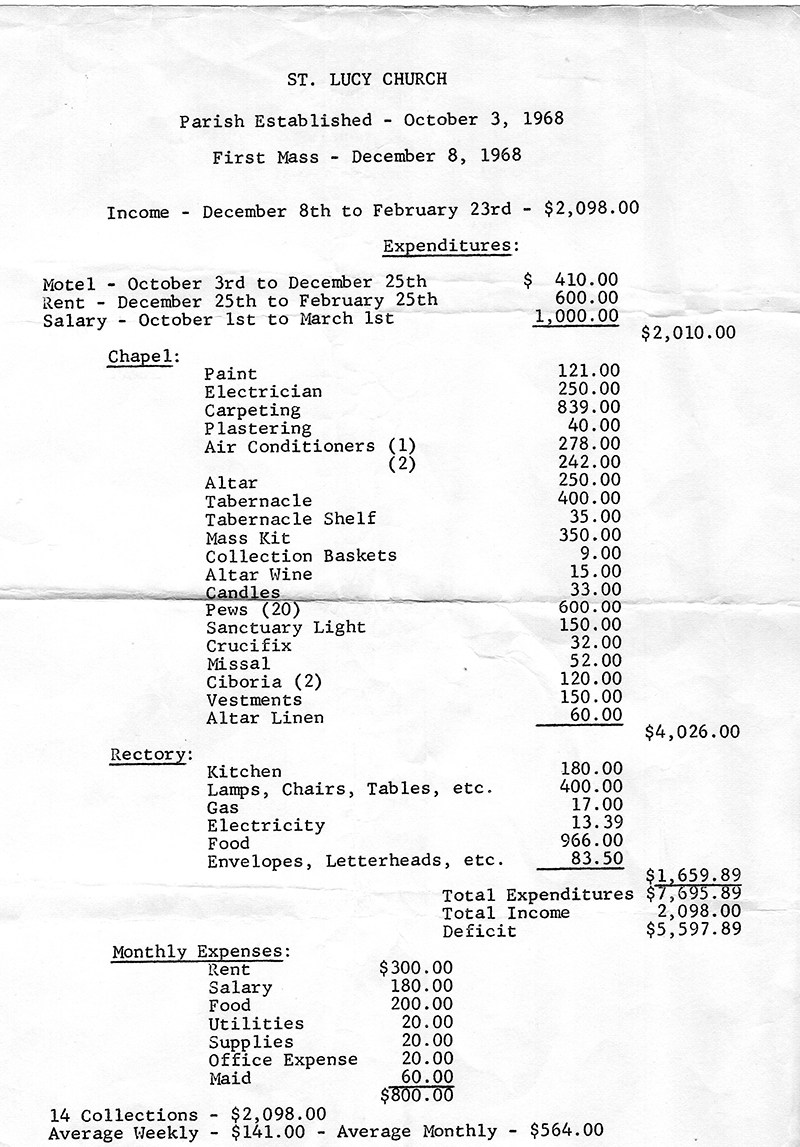 ABOVE: The parish budget in 1968 reveals the church’s early expenses — and how much money collections raised.
BELOW: A Sun-Sentinel newspaper clipping discusses the legal turmoil in the community before the church was approved. 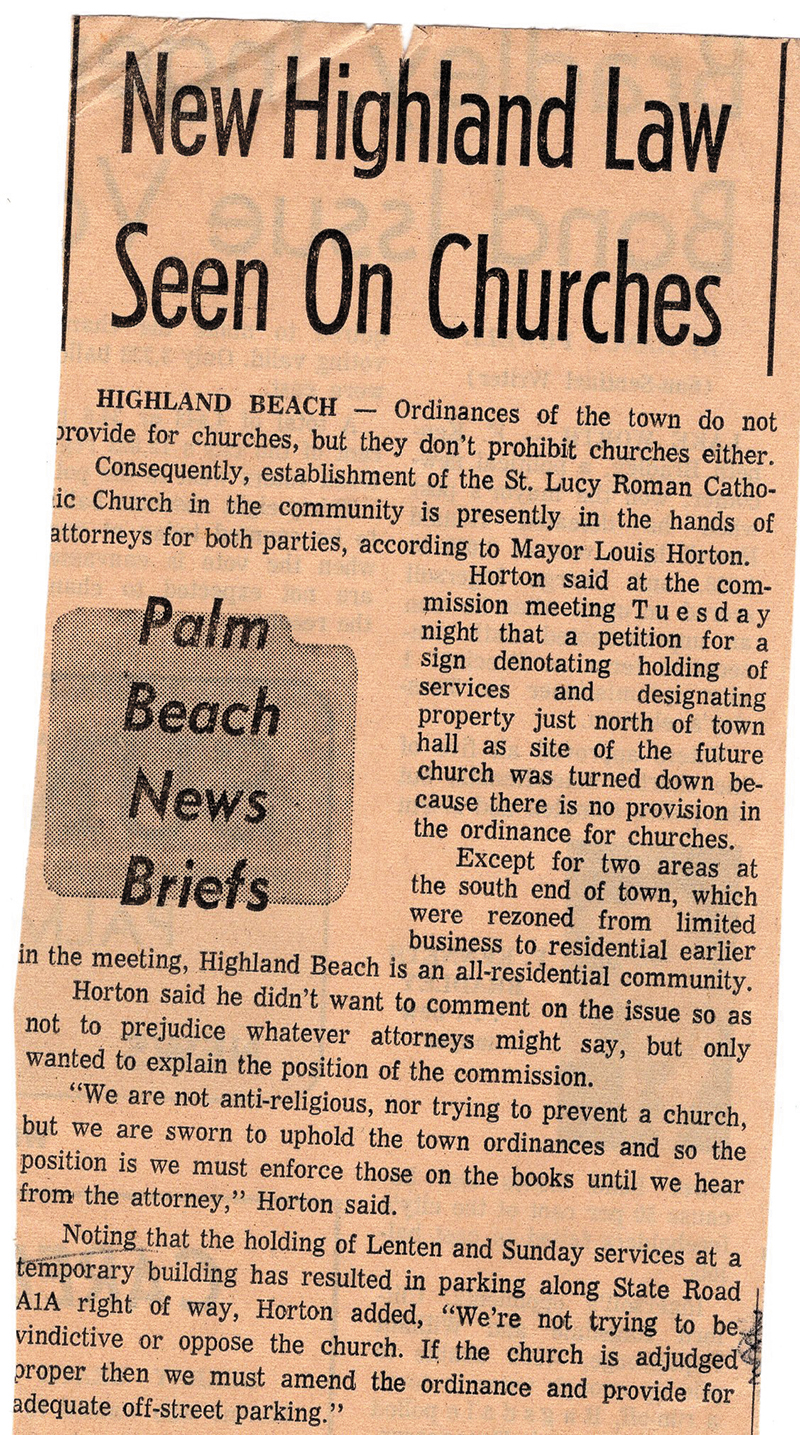