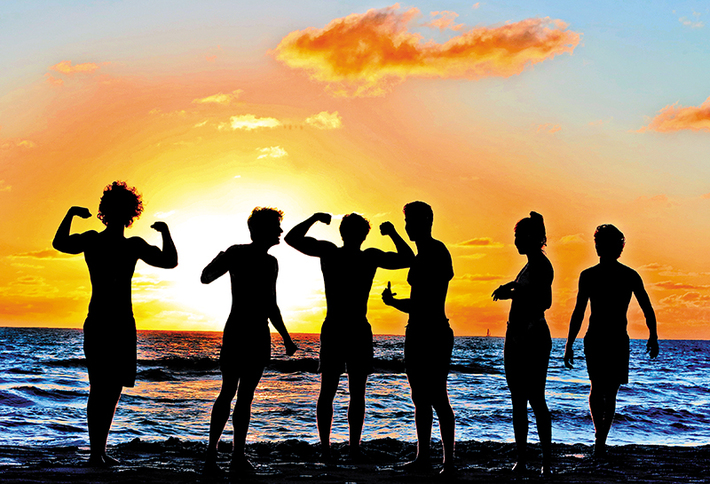 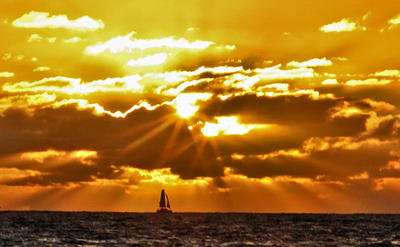 It’s a sight to behold.
Before dawn, these sun worshipers can be spotted streaming down Boca Raton’s Palmetto Park Road — on foot, bicycle and vehicle. Their destination? The gazebo that overlooks South Beach Park — one of the best spots in South Florida to watch Helios catch fire.
As Mars danced with the full moon to the west and the sandpipers played catch-me-if-you-can with the high tide to the east, dozens of early risers congregated at the gazebo and down by the ocean on a recent December morning.
Some were first-time visitors, attending a conference in Boca Raton, taking in the majestic Atlantic — which despite mild breakers had a lone surfer cutting a silhouette in a postcard homage. 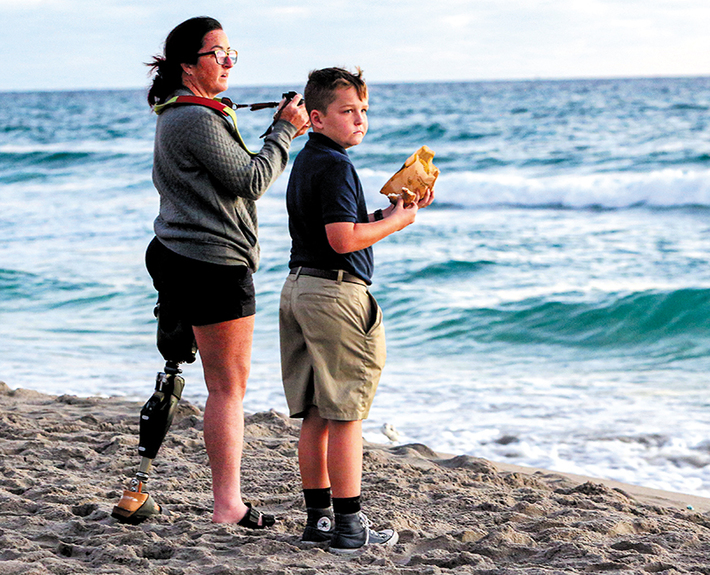 There also was a smattering of children there before classes, including 10-year-old Colin Nesom, who was there with his mother, Meghan, at the water’s edge. He was biding time before heading to Alexander D. Henderson University School.
“My husband usually takes him to school but he’s out of town. So I got to take him today and if I’m going to get up this early, it’s going to be worth it,” said Meghan, who held an SLR camera in her hand to get the perfect photo.
About 20 yards from mother and son were a group of seven fit Florida Atlantic University students and would-be entrepreneurs. They can be found at South Beach Park almost every morning, meeting the sunrise while doing their exercise routine of sprinting 1.2 miles and suffering through 120 pushups and 100 situps.
While not in class, these zoomers go door-to-door selling solar panel systems. But this morning ritual is all about manifestation and becoming one with nature.
“We pray and meditate and go into the water,” said Morgan Clark, 18, who hails originally from Jacksonville. “I encourage everybody to envision exactly what they want in life, exactly where they want to be.”
Clark is the de facto leader of this group and co-founder of Almanac Solar Power. He listed his dorm’s address as the business address. There also was Rocco Orlandella, 20, from Boston — who hates getting up early but doesn’t want to catch grief from the others.
Then there was Gabe Pearson, who is Clark’s business partner, aged 19, and also from Jacksonville. Kevin Conrad was the old man of the group at 21, hailing from River Vale, New Jersey.
Emil Epps, a 20-year-old from Jacksonville, insisted on being called Tarzan and ended up diving in the ocean while others worked out. Rounding out the dude contingent of the group was Yasmany Palomino, whose deets remained elusive during the group interview — which was akin to herding cats in the dark.
Kennedy Dryden, 19, was the lone female present this particular morning. The Portsmouth, Virginia, native says greeting the sunrise “creates mental clarity for me.” And as the members of the group left the beach, they each took at least one piece of trash.
“We just enjoy spending time out here in beautiful, beautiful, gorgeous nature. I mean, it really makes our day for sure,” Clark said.