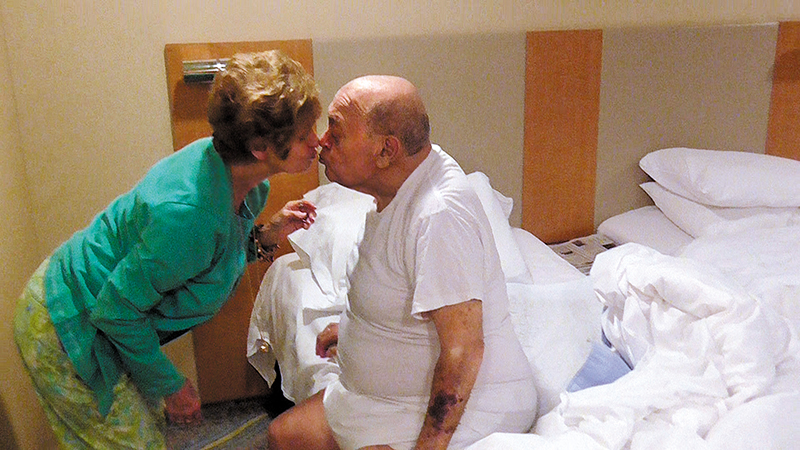 In a moment from the documentary When All That’s Left Is Love, Marilyn Gordon cares for her husband, Sheldon ‘Shelly’ Gordon. He died in 2013, and their son Eric’s film shows how Marilyn coped as an Alzheimer’s caregiver. Photo provided

Eric Gordon was planning to make a 15-minute film about Alzheimer’s disease clinical trials. When he was finished, six years later, he had created When All That’s Left is Love, a feature-length documentary.

Winning hearts and film festival awards across the country, the movie is an intimate, unflinching look at the love and labor of Alzheimer’s caregivers. It follows his mother, Marilyn Gordon, as she cares for her husband and his father, Sheldon “Shelly” Gordon, in their Boynton Beach home before he died in 2013.

The film also tells the story of the Gordons’ neighbor Arline Rothman as she cares for her husband, Hy, an Alzheimer’s patient who died in 2016.

“I’m just one of thousands of people who are caregivers,” Marilyn says now, downplaying her efforts in caring for Shelly, a manufacturer’s representative known for his sense of humor.

And though modest, she is correct. The Centers for Disease Control and Prevention says that 80% of individuals with Alzheimer’s and other types of dementia receive care at home. Annually, 15 million Americans spend more than 17 billion unpaid hours caring for friends and family with dementia.

Being an Alzheimer’s caregiver can exact a punishing toll. As people with the degenerative brain disease gradually lose their ability to function independently, their caregivers are more likely than others to develop anxiety, depression and other illnesses.

Eric hopes his tribute to these caregivers will serve to educate, raise awareness and shine a light on available resources — from clinical trials to support services for caregivers and their loved ones.

The film will have its Palm Beach County premiere at what he calls a community engagement screening from 9 a.m. to 12:30 p.m. Oct. 30, at the Movies of Delray, 7421 W. Atlantic Ave.

Events will begin at 9 with a continental breakfast, followed by the screening at 10.

Afterward, Alzheimer’s disease experts will lead discussions in each of the theaters, and moviegoers can browse information tables and discuss resources with representatives from organizations such as the Roskamp Institute and Dignity Memorial, both of which helped fund the film.

The event is free, but reservations are recommended and can be made by calling 305-785-3570 or visiting Eventbrite.com: When All That’s Left is Love. 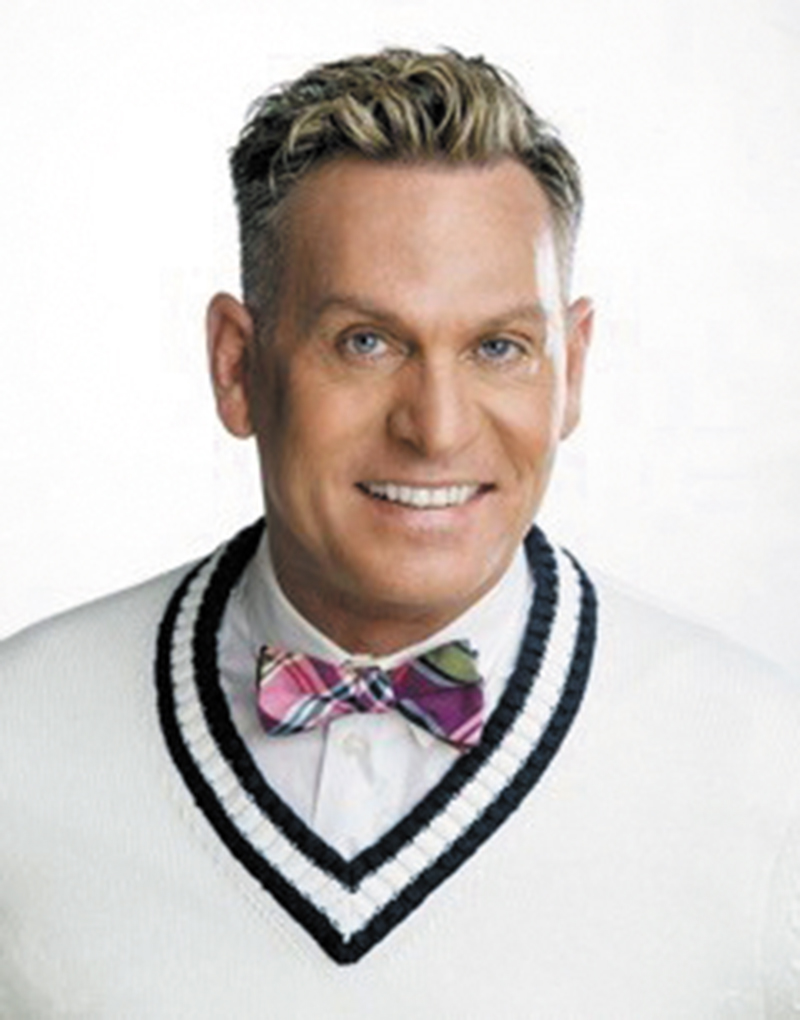 “I made this film out of love,” says Eric, an award-winning director and producer who earned an MFA in film production from the University of Miami and a certificate in documentary arts from the Center for Documentary Studies at Duke University. “This was a very difficult project to make. I still cry every time I watch this film. Every time, it gets to me.”

As his father’s disease progressed and taxed Marilyn’s physical and emotional endurance, Eric moved home to help her. Today, she says she remembers feeling constantly tired. But Eric says he saw her at a breaking point.

“You can see it in the film. I don’t think you saw it because you loved him so much,” he tells her. “You stopped taking care of yourself. You stopped going to your own doctor appointments. I saw it from being a step back. It was 24 hours a day. I mean, she was beyond tired. She was always doing laundry or always attending to my dad. It was heartbreaking.”

“He had to see or know where I was 24 hours a day,” Marilyn remembers of her husband. “He just needed that reassurance that he wasn’t left alone.”

The Rothman family had similar concerns about Arline’s well-being.

“It was very, very difficult because I saw an educated, wonderful human being deteriorate. And I wanted to actually take care of Hy for the whole time,” Arline says. “But I, myself, was getting sick and my family felt that I could no longer do it. They said, ‘We’re losing Dad and we don’t want to lose you, too.’”

After Hy, an engineer, entered assisted living, Arline visited him daily. She was with him when he died.

“It was a very difficult job for me to do,” Rothman says. “But you know, I often think if I had to do it over again, I would do it the exact same way, because he was a very good person.”

Eric Gordon says he is grateful to Rothman and her family for allowing him access. “I’m blessed they let me into their world,” he says.

“It was difficult,” Rothman says of Gordon’s making the film. “I had to acclimate to it and I just pretended that he wasn’t there. The worst thing for me was at the end, when my husband passed away. I didn’t even know if I wanted that in the video. My husband was a very nice-looking man and the end was just so terrible.”

But if what these women lived and learned can help others, they say it will have been worth it.

“My mom is a true hero and I don’t think she even sees it,” Eric says. “She doesn’t see she’s making a difference in the world. She’s so unassuming about it, but everywhere I show the film, they’re hugging me and crying and saying, ‘Tell your mom I just want to give her a hug.’”