Golf historian Gary Wiren, 77, has assembled a collection of golf memorabilia,
including trophies, antique clubs and  these vintage images. Photos from the Wiren Collection

Even the casual golf fan knows Jack Nicklaus won the most professional major championships (18) and that Al Geiberger was the first player to shoot a 59 on the PGA Tour.

But not even an insider like Johnny Miller knows how many club heads the Karsten Solheim family was making out of the garage daily (100) when they started the golf company with the funny name (PING) or that trick-shot artist Joe Kirkwood Sr., who won 14 PGA Tour titles, used a driver that was one and a half times as long (67 inches) as the normal models.

No matter if you are a scratch golfer or someone who wouldn’t know a divot from a duff, there is plenty to learn about the game that’s so revered in Palm Beach County. It’s no surprise that a Palm Beach County resident — Gary Wiren of North Palm Beach — has assembled a private golf collection that might be unique in all the world. 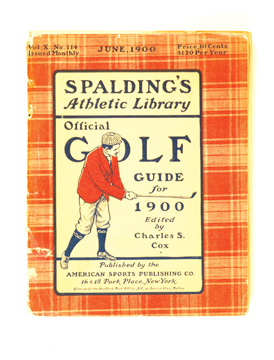 Wiren said he will have the best of his collection represented this fall with the South Florida premiere of the Seagate Hotel & Spa World of Golf: The Gary Wiren Collection at the renamed Delray Beach Center for the Arts at Old School Square. Wiren’s collection will be accompanied by fine art from the Academy of Golf Art; both exhibitions will be on display in the Cornell Museum of Art and American Culture from Nov. 8 to April 21.

“The key word here is ‘unique,’ ” said Wiren, one of the U.S. ’s few master professionals who serves as senior director of instruction for Trump Golf Properties and wrote the PGA of America’s Teaching Manual. “We are going to be displaying things that have never appeared in the World Golf Hall of Fame or the USGA’s museum. They do a marvelous job telling the history of the game, and there will be a fair amount of that in ours. But we will have things they would never talk about.” 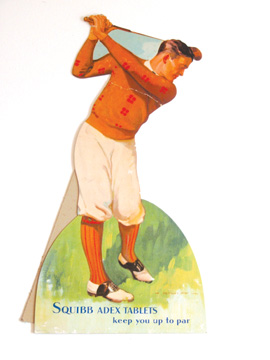 In addition to the aforementioned little-known facts about Solheim and Kirkwood, Wiren’s collection will show how, for instance, miniature golf started in Pinehurst, N.C., as well as the history of golf on comic book covers and golfing sheet music. Wiren has spent more than 60 years acquiring his collection, which has been featured on ESPN and has been viewed by Warren Buffett and Bill Gates.

Wiren knows the type of reactions he’s hoping to receive. “If they don’t play golf, I want them to walk out and say that was really interesting,” Wiren said. “For the golfer who might have played for 40 years, I hope they say, ‘My God, I saw things I never knew existed.’ That’s the reaction I got from (Hall of Fame instructor) Bob Toski when I told him some of the stories. For a guy like Bob Toski, who has been around the game forever, to say these are things he never knew, that’s very gratifying.” 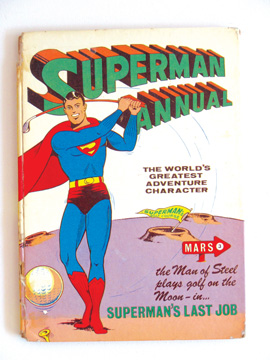 The idea for the exhibit came from Boynton Beach resident Kevin Hammer, who once was the No. 2-ranked junior in the U.S. (behind David Duval) and lives in one of South Florida ’s top golf communities, Quail Ridge Country Club. Hammer and his partner at Merrill Lynch, Barry Rubin, helped underwrite some of the fees to stage Wiren’s exhibition.

“We felt it was important to bring this collection to the public because it is something different and entertaining,” Hammer said. “There are so many people in South Florida who are connected to the game of golf in some way. We felt there was an opportunity to entertain children and adults and give them an appreciation of the history of the game and the values that the game teaches.”

Wiren has set up his collection to be interactive, where visitors can answer trivia questions to test their golf knowledge. Wiren said any golfer who belongs to a junior or First Tee program, or who plays on a high school or middle school team, will be admitted free. There are also plans to invite members from area country clubs. Wiren will give talks and PGA professionals also will stage an occasional clinic. 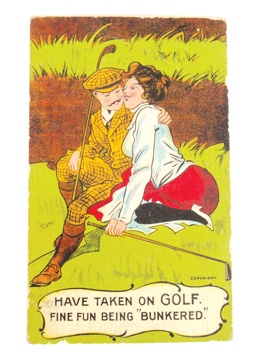 Guests can use putters from the 1890s, actually feel the molded grips used by Hall of Famers such as Arnold Palmer, Kathy Whitworth and Miller and see other golf items that date back to the 1500s.

“This is such a great golfing community down here, and we think everyone will be fascinated with what Gary has brought together,” said Joe Gillie, president and CEO of Center for the Arts at Old School Square. “When you add in the golf art work from the Academy of Golf Art, we think this is going to have great appeal to a man or a woman, even if you’re not a golfer.”

The exhibit was originally supposed to end April 2, but it was extended by almost three weeks because Quail Ridge will be hosting the Florida State Senior Amateur Championship on April 16-18, and Hammer wanted to make sure those competitors had a chance to see Wiren’s collection.