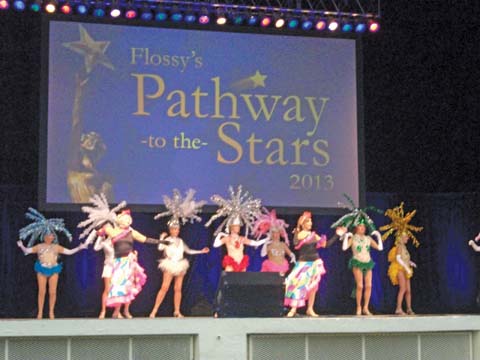 The Broadway Entertainers perform at Flossy Keesely’s Pathway to the Stars show April 21 at Mizner Park in Boca Raton. 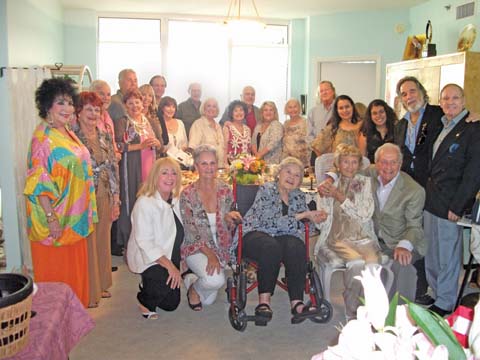 Keesely marked her 99th birthday April 18 with a reception at her Highland Beach condominium.  Among the visitors was Henrietta, Countess de Hoernle, who turned 100 last September.  The Countess and Flossy have been friends since both lived in New York before moving to South Florida. Also in the crowd was Jan McArt, director of theater arts development at Lynn University and Boca Raton sculptor Yaacov Heller. The birthday celebration preceded by three days the fifth annual Flossy Keesely Pathway to the Stars program, a free variety show held at Mizner Park Amphitheater. McArt was emcee. The show was produced by Flossy Keesely’s Dream Foundation. Courtesy photos by Dale King