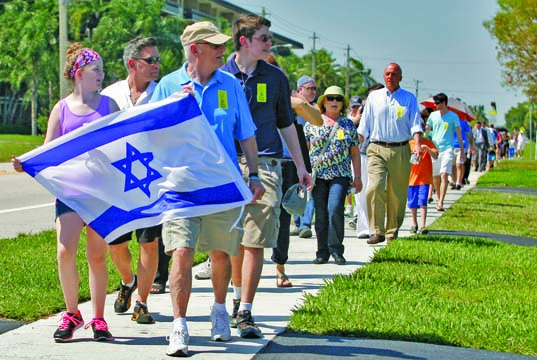 More than 600 Jews and Christians walk in solidarity on Holocaust Memorial Day, April 27 in Boca Raton.

More than 600 Jews and Christians walked Boca Raton streets in solidarity on Holocaust Memorial Day to say “never again.”
“I can’t begin to express to you how moved I am to see this rainbow of people of different ages and religions together,” Rabbi Dan Levin of Temple Beth El told the April 27 crowd.
The march from Boca Raton Christian School to Temple Beth El culminated with a candle-lighting ceremony in which Holocaust survivors lit candles to remember the 6 million Jews who died.
“The Holocaust has never been far away,” said George Salton, one of the survivors.
Boca Raton Mayor Susan Haynie told the interfaith gathering that the City Council declared a Week of Remembrance “to join all the people of America and Israel in a solemn vow to fight anti-Semitism.”
Pastor Tye Riter of Reveal Fellowship in Lake Worth helped organize the march and ceremony.
“Even though we have strong theological differences, we stand together to say that anti-Semitism is wrong in all its forms,” he said.

Christians and Jews have met with Muslims to assure that the community will embrace a new mosque to open in Boynton Beach this month.
The Al-Amin Center at 8101 Military Trail drew opposition from some neighbors at next-door Gateway Palms when it got zoning approval in 2011. Opponents called the dome on the mosque an eyesore.
So pastors and rabbis gathered on May 11 to hear what the Muslims will do as the new neighbors.
“We want to do community good by taking care of the children and the old people,” Al-Amin spokesman Sidney Mahbob said afterward. “We are all talking about the same thing.”

The love that St. Paul’s Episcopal gives to the Haitian neighborhood that surrounds its historic Delray Beach church now includes home building.
Twenty volunteers, ages 16 to 68, helped Jean and Lila Cyril and their three children on May 3 to complete the required work hours to qualify for a new home through Habitat for Humanity.
“The three children are a delight to have in our after-school program,” said Kathy Fazio, the director of Paul’s Place, which provides a safe haven, a nutritious meal and tutoring for 27 neighborhood children.
“The parents are hardworking and determined to make a better life for their children,” Fazio said in explaining why the congregation pitched in.
Habitat for Humanity has empowered 111 South County families to achieve the dream of owning a home. 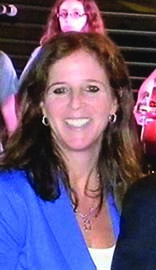 Two Boca Raton rabbis led a prayer circle in a Publix tomato aisle when they were hosted by the Coalition of Immokalee Workers last month.
Rabbis Greg Weisman and Jessica Brockman of Temple Beth El joined others from T’ruah: The Rabbinical Call for Human Rights on the three-day mission to Immokalee to learn how farmworker issues might concern Jews in Boca Raton.
The farmworker group helps prosecute farm slavery cases and works with corporations to eliminate exploitation of workers. The rabbis prayed in the tomato aisle because Publix won’t agree to farmworker requests for them to join their Fair Food Program. The program asks companies buying tomatoes to pay a cent more per pound, which goes to the farmworkers. 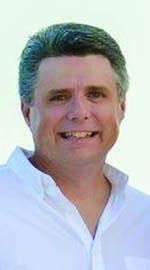 fate of the unopened east campus on South Federal Highway.
The congregation worshiped at Park Vista High School when the aging members of Grace Community Church in 2012 gave them their church building at 715 S. Federal Highway to be their sole permanent location.
But while the congregation spent $1.7 million to renovate the east Boynton location, another ready-to-use church building at 6201 Military Trail became available.
“This property was ready to go, so it was all hands on deck for this opportunity,” Journey Church executive director Shawn Stafford said.
The congregation had announced in February that both locations would open for Easter.
“It was in God’s hands,” Stafford said. “We chose to slow everything down on the east campus and said ‘Let’s get up and running on our west campus.’ ”
More than 3,500 people attended four Easter services at the west Boynton location. Nobody knows how many will worship at the east Boynton church when it opens later this year.
“Some folks are going to want to go to the east campus,” Stafford said. “But we’re not certain of that number.” from the Ebenezer Garden at First Presbyterian Church in Boynton Beach.

A teenage girl’s idea for a garden at First Presbyterian Church inspired a community to feed the poor.
Kalyn Buteyn, then 15, suggested a garden to feed the Boynton Beach poor after learning about urban gardens on a youth mission trip last summer. “I got thinking, why don’t we have a garden?” she said.
Kalyn applied for and received a $1,000 grant to grow a vegetable garden in a corner of the church playground in Boynton Beach.
She chose Ebenezer Garden as its name.
Merchants such as Green Cay Farms and Home Depot donated lumber, composted soil and vegetable plants. Neighbors gave advice and support.
This spring, the youth group harvested a bumper crop of tomatoes, potatoes, beans, peppers and other vegetables that it donated to the Boynton Beach Soup Kitchen.
Adults at First Presbyterian say the youth project has helped their congregation bond and has also pointed more people toward Christ.
The teenagers will buy a wheelbarrow and a garden tool to dig potatoes before they plant next year’s garden. “We’re going to work on the garden every year,” Kalyn promises.

Tim Pallesen writes about people of faith, their congregations, causes and community events. Email him at tcpallesen@aol.com