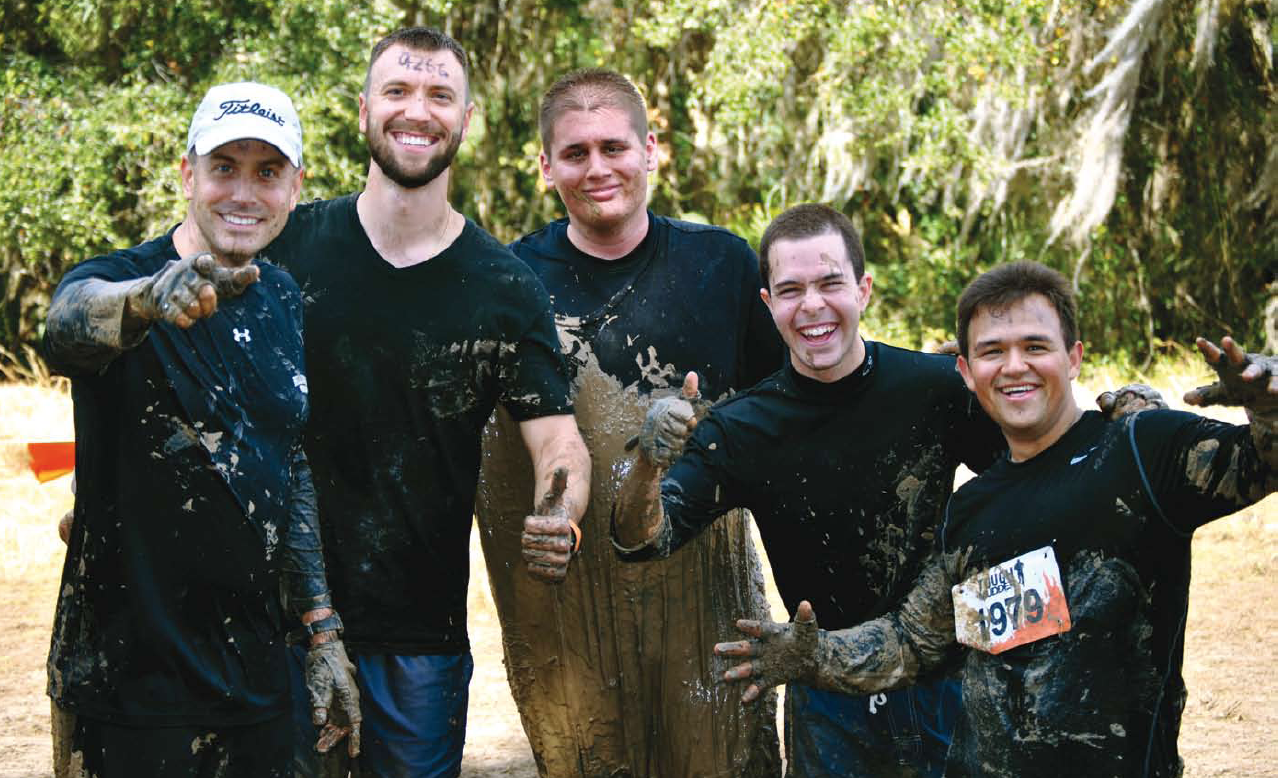 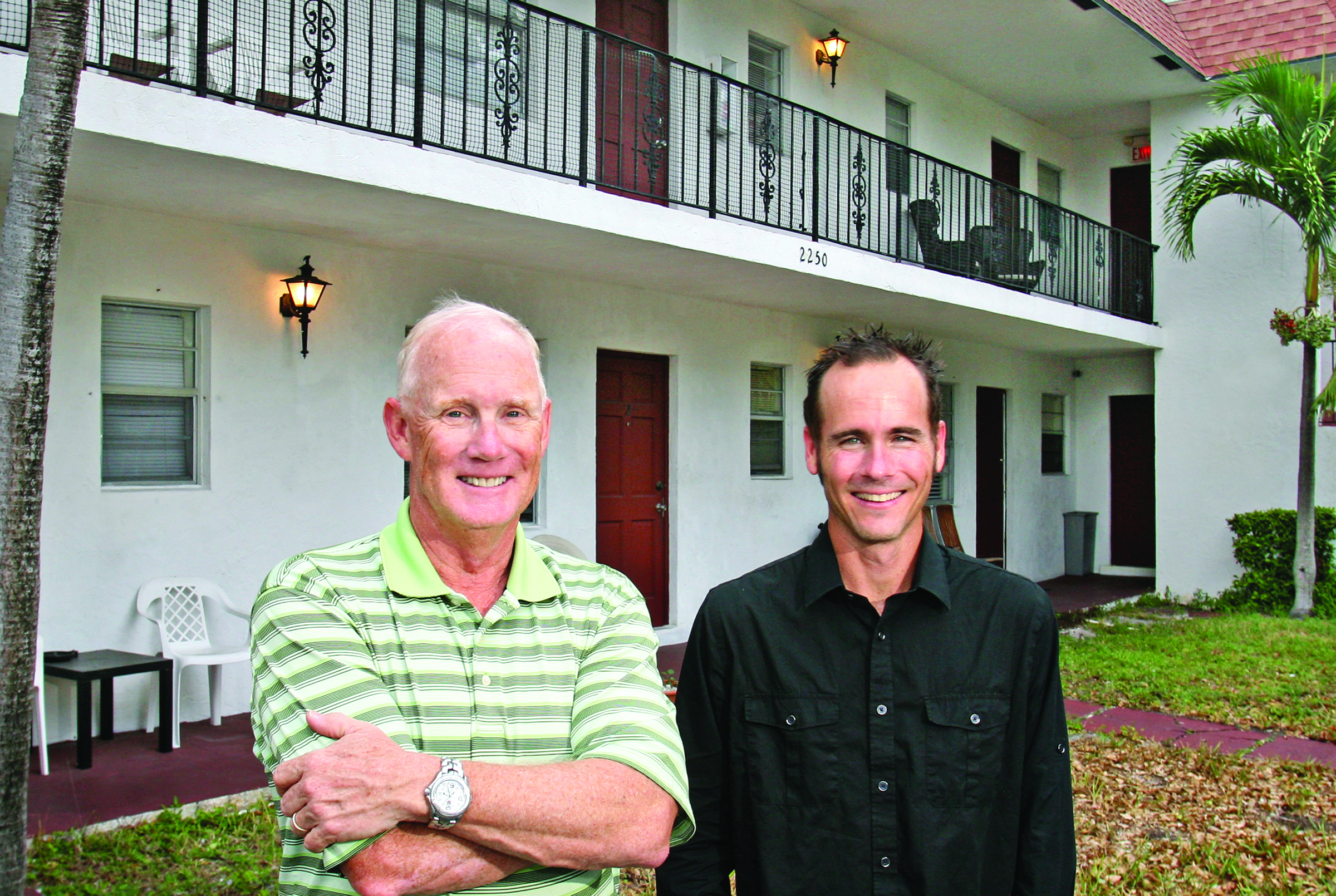 at the Delray Beach apartment complex that forms City House, which will provide a haven

for homeless single mothers and their children. 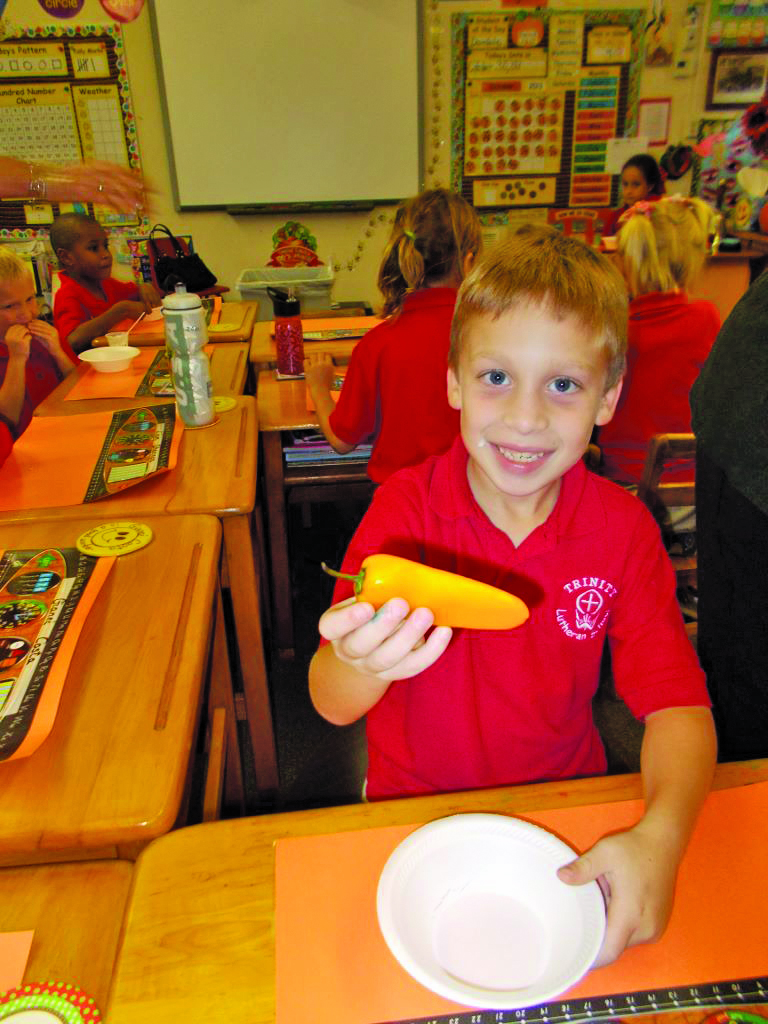 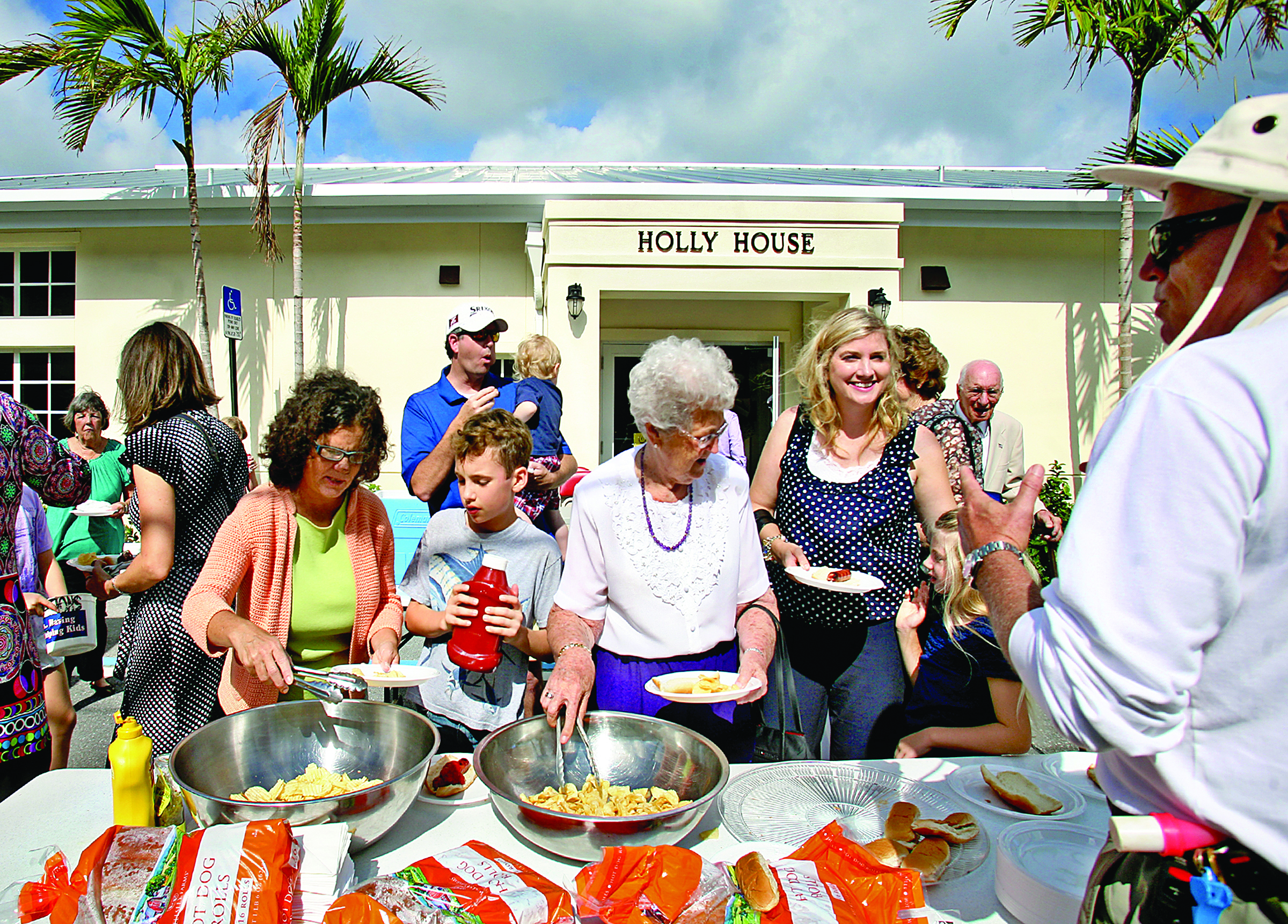 to hot dogs and chips following the 11 a.m. worship service. 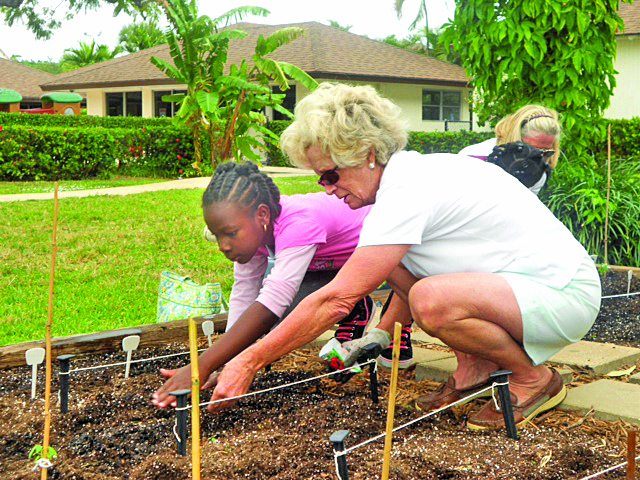 prepared for students by volunteers.

Prayers by the Catholic faithful are being credited for the excited young seminarians prompting an $8 million dormitory expansion at St. Vincent de Paul Seminary.

Catholic seminarians studying to become priests have increased from 55 men five years ago to 85 men this year.

“The Catholic faithful have been praying and asking for good and holy priests to shepherd them,” said the Rev. Father David Toups, the seminary rector and president, who expects a new capacity enrollment of 110 students in three years.

The upsurge comes after scandals among priests rocked the Catholic Church across America in recent decades. The number of American priests dropped to a record low last year — 38,964 priests compared to 58,632 in 1965.

“A very few have marred the vocation,” Toups said. “Now young men are saying that is not my church. People have begged the Lord and these men have responded.”

Toups, 43, arrived as the seminary’s dynamic rector and president last year. He led 26 seminarians through a 12-mile obstacle course at River Ranch in Central Florida known as Tough Mudder on Nov. 3 to raise money for injured soldiers.

The mystique of young men studying to become priests lifted as other teams in the race saw that the St. Vincent de Paul seminarians were just as muddy as they were.

“People could see these are normal, healthy men,” Toups said.

An anonymous donor has given a Delray Beach apartment house to be a safe haven for homeless single mothers and their young children.

City House, a new nonprofit launched by members of The Avenue Church in Delray and Spanish River Church in Boca Raton, kicked off its fundraising to renovate the apartments for nine women and 18 children with a Nov. 7 party at the oceanfront home of Frank and Nilsa McKinney.

Organizers find their inspiration in James 1:27, the Scripture verse that tells Christians to look after orphans and widows in distress.

“It’s just incredible what God is doing for the modern-day orphan and widow,” said Allison Good, director of the women’s ministry at The Avenue Church. “He has given us a vision and now a tangible expression of the gospel.”

Volunteers hope to have City House open by Jan. 1. Board president Jeff Rose said $170,000 needs to be raised to hire a housemother and renovate the apartment house at 2250 Florida Blvd. before then.

The Caring Kitchen, which provides hot meals to the homeless, has alerted City House that their volunteers have already identified five single mothers with children who would qualify for temporary shelter.

Women who are chosen cannot have a history of drug or alcohol abuse. They will receive job training and counseling until their families are stable and secure.

St. Paul’s Episcopal Church has begun a lengthy process to replace the Rev. Chip Stokes, who left to become the bishop of New Jersey.

“The primary goal is for the congregation to examine themselves — their history, who they are now and what they want to be in the future,” said the Rev. James Knight, the interim rector who will guide St. Paul in the transition.

The parish will study all aspects of life at St. Paul’s, including worship services, education, mission and outreach, pastoral care and stewardship.

After the parish profile and vision are developed, everyone will work to identify the qualities and skills for a permanent rector to lead St. Paul’s in its vision. The process could take 12 to 18 months.

Knight comes from Jackson, Miss., where he guided the largest church in the Diocese of Mississippi through the same transition process. He rebuilt a Gulf Coast church ravaged by Hurricane Katrina before that.

Knight says he became enthusiastic about St. Paul’s when he and Stokes served on a national anti-racism committee of the Episcopal church.

“I love the energy here,” he said. “We’re not going to slow anything down.”

“Imagine … a Night of Fantasy” is the theme for the annual gala to benefit Ruth Rales Jewish Family Service of South Palm Beach County on Dec. 12 at St. Andrew’s Country Club in Boca Raton.

“From the moment guests enter the spirited cocktail reception, through dinner, entertainment and dancing, we’ll transport them into an incredible night to remember,” event co-chair Roxanne Lipton promises.

Guests will bid at auction for luxury items including jewelry, fashions and sports memorabilia, plus sports and travel packages.

More than 500 runners are expected on Dec. 14 for the annual 5K Run for a Reason sponsored by Spanish River Church as an outreach ministry.

She grew her fitness ministry by organizing a 5K run to raise money for a charity each year. Runners are greeted warmly when they finish the race at her Boca Raton church.

“My hope is that runners who don’t have a connection to God will feel a good energy from being on a church campus,” Contant said in explaining the unique outreach effort.

Proceeds from this year’s run benefit Place of Hope, a group home for foster care children in Boca Raton.

The Community Caring Center of Boynton Beach is rejoicing that a Delray Beach congregation is giving financial support.

The faith-based Boynton charity has a food pantry and provides emergency financial assistance and caregiver training. It also operates the Secret Garden Cafe, where a commercial kitchen and retail market help the poor start small businesses.

This year promises to be more bountiful with 90 field-gleaning events on weekends and 80 opportunities to gather leftover sweet corn, cucumbers and cantaloupe from processing plants.

Christians Reach Out to Society (CROS Ministries) reports more scout troops and private schools are signing up to glean this year. Groups and individuals may contact Keith Cutshall at 233-9009, Ext. 107, for more information.

The popular Prosperity Coffee Group that meets at 7 a.m. each Thursday at Unity Church of Delray Beach is adding a lunchtime gathering on Thursdays to share coffee and wisdom.

The group has met for 20 years to explore well-being in every area of life. Between 35 and 80 attend. Everyone is welcome.

The Rev. Nancy Norman presents a lesson from inspirational books that are spiritual, emotional and sometimes even financial — a recent source book was Your Infinite Power to be Rich.