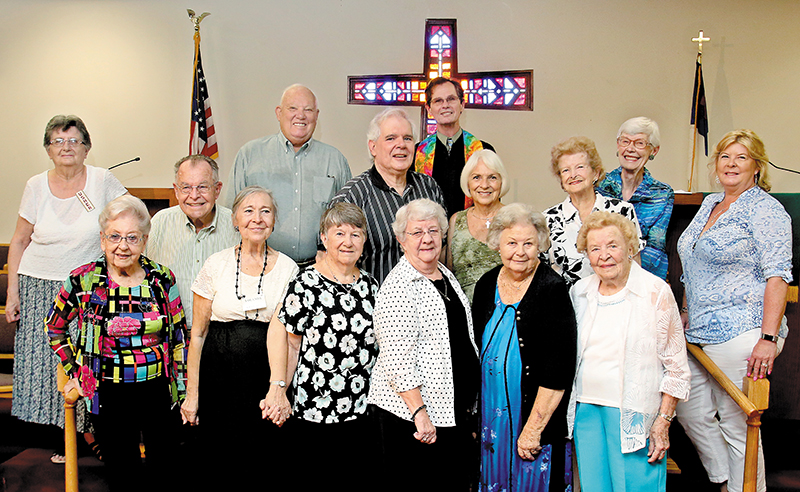 Members of Congregational United Church of Christ in downtown Boynton Beach gather after a service. The Rev. Dr. Bruce Turner (center) is interim pastor. The church sold the property to a city agency and plans to lease part of the space. Photos by Tim Stepien/The Coastal Star 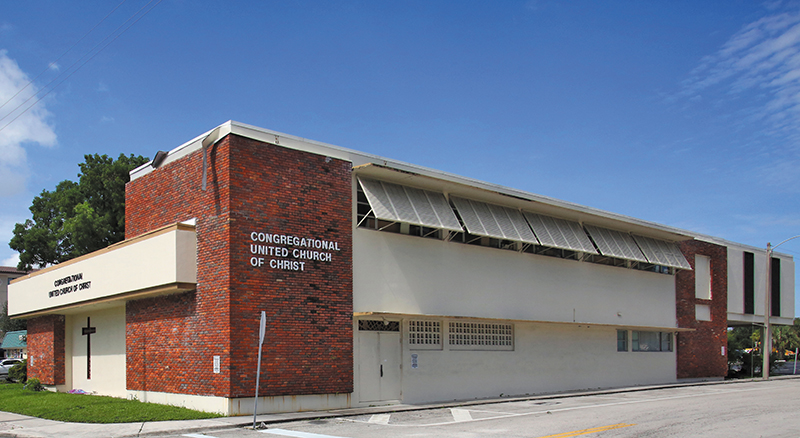 The church has been in its current location since 1976. It once had about 250 members; it now has fewer than 50. The temporary library plans to move in during August. BELOW: Stained-glass cross by Conrad Pickel.

It’s the end of an era for the Congregational United Church of Christ of Boynton Beach, but it isn’t the end.

The church, better known as Boynton UCC, is working on an agreement to lease back part of the building it recently sold to the Boynton Beach Community Redevelopment Agency. The church would pay $10 a month until Dec. 31, 2020.

The congregation will have a much smaller space — about one-quarter of the building — but enough to continue services for the time being. A former agreement had the church, which has been a fixture in Boynton Beach since it opened in 1976, vacating in mid-December. Now the city library will occupy most of the building beginning in mid-August.

It will move into the space temporarily while the city's Town Square project is under construction. The church hopes to stay until the library moves into its new building. The 1.3-acre tract on the west side of Federal Highway between Boynton Beach Boulevard and Ocean Avenue downtown is worth $3 million to the city, which owns an adjacent parcel of land. It’s a good investment for the city, Mayor Steven Grant said, considering its prime location and potential uses. For one thing, it would help solve the parking issues resulting from the blooming revitalization of this neighborhood.

The new 500 Ocean, a retail and residential development that’s nearly finished, will have about 340 one- to three-bedroom apartments plus 20,000 square feet of retail space. Other planned projects include Ocean One (more apartments and retail), Town Square (about 16 acres off Boynton Beach Boulevard that includes City Hall, the historic high school, the library and the police station, which all will be rebuilt) and The Villages at East Ocean Avenue (more homes and commercial space).

The site is also important to the planned Tri-Rail Coastal Link station just across the FEC tracks. The commuter train service would run on the Florida East Coast Railway in Palm Beach County, and a station is planned for Boynton on the west side of Northeast Fourth Street. 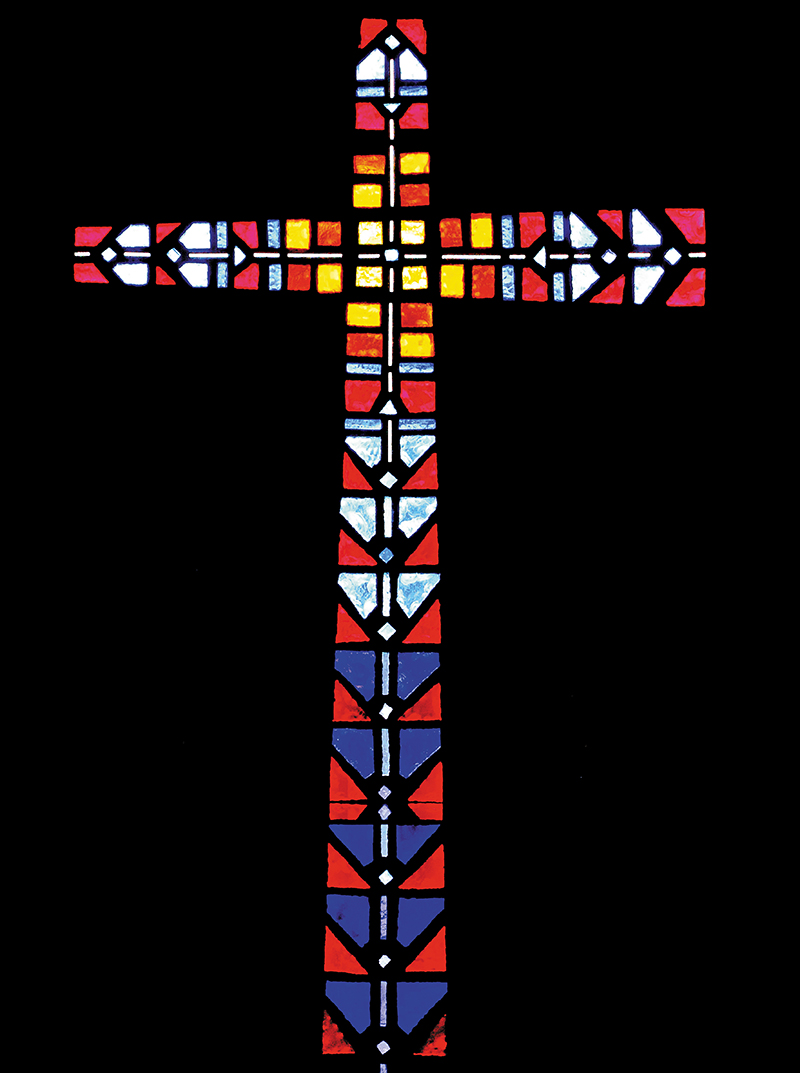 One sticking point in negotiations had been what to do with the church's cross and the stained-glass windows. Under the new agreement, the cross will be moved inside, and the windows will stay in place until the church moves. The windows were designed by renowned artist Conrad Pickel, who died in Boynton Beach in 1994 and whose work is found in more than 700 churches throughout the world.

An art tour hosted by the Boynton Beach Historical Society featured Pickel’s work, including pieces at other city landmarks — Boynton Beach Memorial Park and Mausoleum, Ascension Lutheran Church and St. Joseph’s Episcopal Church — so the city plans to preserve the windows for the benefit of the citizens of Boynton Beach.

But the church won’t be able to keep its thrift shop. Volunteers packed up the goods and donated them to charity.

Fred Birdsall,  a moderator at the church and a former inspector for Boynton Beach, called the deal “a win-win for us and the city. It’s been a pleasure working with the city on this. They’ve been very good to us.”

Birdsall and his wife, Jean, are well-known in Boynton, which no doubt smoothed negotiations.

Jean Birdsall clerked for both the city manager and the police chief and is active with the Friends of the Library, according to her husband.

The church, just blocks from the Intracoastal Waterway, once boasted 250 active members and now has fewer than 50. Just shy of his 83rd birthday, Birdsall says he worries about the dwindling membership, but he’s prepared to leave that, too, in God’s hands. “The good Lord has been looking down on us. We’re doing very well.”

Between the time the library closes at 8:30 p.m. July 12 and re-opening at the church building at 9 a.m. Aug. 13, there will be no physical location for the library. Materials will be due on Aug. 20. Library card holders will have access to electronic resources (audio and electronic books and databases) at www.boynton-beach.org/city-library