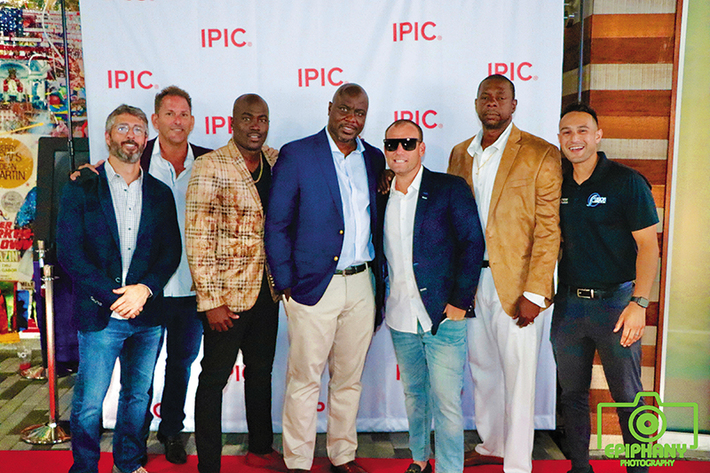 Many students who attend Atlantic High School in Delray Beach arrive with the proverbial two strikes against them.

Eighty percent of the student population lives at or below the poverty line. Ninety percent of the football players live in one-parent households — and in many cases that parent is actually a grandparent. Drug traffic and crime are accepted as routine in many of the players’ neighborhoods. Teen pregnancy is not uncommon.

Into this environment in 2013 stepped T.J. Jackson as Atlantic head football coach. The remarkable transformation the school — and particularly his team — has made since is the subject of the documentary I Will Soar, which premiered at Delray’s iPic Theater on May 4 and is set for inclusion in a number of international film festivals.

By enlisting city and community leaders and installing a set of rules that demand commitment from his players, Jackson has produced some very different numbers: 90% of his seniors are scheduled to attend college, including a record 14 on football scholarships. Several more will attend on academic scholarships, after meeting his demand of achieving at least a 3.0 average (out of 4.0). The graduation rate was 100%.

“I don’t feel like there’s another coach like Coach T.J.,” said former student Henry Bryant, a heavily recruited defensive tackle who just finished his first semester at Louisville. “He’s such a leader, and has such a big impact on people. Just to be around him, it gives you good energy.”

Jackson was 68-23 during his tenure as head coach before leaving for a college job earlier this year. In the 2019 season spotlighted in the movie, Atlantic reached the state quarterfinals before losing to Fort Lauderdale St. Thomas Aquinas, which in recent years has had the most alumni on NFL rosters of any high school in the country.

Among the community leaders Jackson recruited is Janie Swanko of Gulf Stream, a motivational speaker whose frequent trips to the school prompted her and cinematographer John Sturdy to put together the film after getting the OK from Principal Tara Ocampo. It documents how Jackson transformed the team into a family.

“There’s utter respect among each other, and if they ever let loose, T.J. would never let them on the team,” said Swanko, whose duties have included giving seminars on etiquette and media preparation. “It’s about respect, it’s about discipline, it’s about watching out for your brother.”

Former state Rep. Al Jacquet, who attended Atlantic and participated in both football and wrestling there, becomes emotional during the film when asked about the struggles of inner-city Delray Beach students and about Jackson and Swanko, who help light a better path.

“This is why I even had a political career,” he said. “If it wasn’t for people like that, I wouldn’t have even graduated. I would have been one of those statistics.”

Jackson has since accepted an offer to become an assistant coach at Charleston Southern. Former assistant coach Jamael Stewart will replace him, and there are few doubts the standards will remain high. Ocampo echoed that sentiment, noting that Stewart worked alongside Jackson throughout his tenure.

“My goal in life is don’t fix what’s not broke, and probably the best decision I’ve made for this program is with all my coaching staff,” she said. “Jamael was side-by-side with T.J., making sure this program is as successful as it is. So bringing Jamael in doesn’t mean we’re skipping a beat. Nothing’s changing, and all those core values are still in place and will continue to be in place.”

Swanko said she hoped the movie could serve as a template for how to go about transforming a program with so many challenges into a success, and she has begun getting feedback from other schools and organizations.

Meanwhile, defensive line coach Daniel Studdard, who coached at the college level for 30 years before joining Jackson four years ago, said he understands how outsiders would be skeptical of all Atlantic has accomplished.

“But now that I’m here and see all the hard work, everybody as a whole, including our great principal, it’s wonderful. That’s why we call it a family, because what we do as a whole is special. A lot of kids don’t have this opportunity. So it’s a great thing.”