Ever wonder why the first settlers moved to what is now Delray Beach? Or how the Pineapple Grove district earned its name? Or about the origins of the Delray Affair?
The exhibit “Agricultural Heritage of Delray Beach: A Photographic Journey” provides answers to those questions and many more. Running through April 30, this Delray Beach Historical Society presentation features a wide variety of photos and displays throughout Cason Cottage and the Ethel Sterling Williams History Learning Center. Guides host tours and answer questions about early Delray Beach.
“Visitors get a rewarding perspective of why people moved here,” Winnie Edwards, executive director of DBHS, explained. “People moved here, planted, and the town began.”
Farming is important in Palm Beach County — not just for South Florida or the state but for the country, said Roland Yee, a third-generation farmer whose family owns and manages Yee Farms.
“Farmers make up only about 1 percent of the population, but it’s this 1 percent that feeds the world,” noted Yee, who serves as president of the Palm Beach County Farm Bureau. “During the winter months, Palm Beach County is the second-largest vegetable-producing county in the nation.” 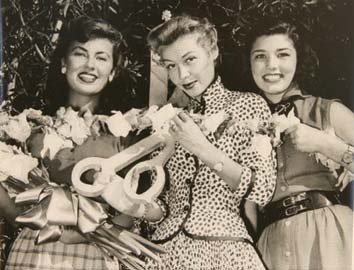 In the beginning
George Gleason of Jacksonville bought the area that is now Delray Beach from the U.S. government in 1868 for $1.25 an acre. The land — a jungle of saw palmetto, scrub pines and other plants — was also teeming with snakes, alligators and mosquitoes.
But the land had something else: lots of fresh water and fertile soil, as well as a year-round growing season. Wild game such as rabbits, fowl and fish were plentiful. Snap beans and tomatoes were the main crops.
As the rural farming town prospered, it began to attract more settlers and the diversity of residents — and crops — increased. 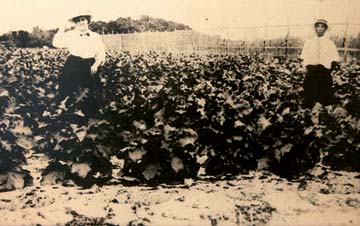 George Morikami on his farm, circa 1920s.

Following the arrival of about two dozen Japanese bachelors in the early 1900s, pineapples became a popular crop. Many of the pineapple fields were located in what is now downtown Delray Beach.
By 1913, when the 2-year-old town of Delray hosted the county fair for the first time, crates of potatoes, peppers and pineapples were displayed alongside beans and tomatoes.
Henry Sterling, a local businessman, later described the time: “Delray was known as the ‘banner town’ of Palm Beach County, taking more blue ribbons for its products than any other section.”
In 1939, a new crop appeared. Though it wasn’t edible, it became an important economic success. By 1950, growers of gladiolas were shipping out 2 million bundles annually.
The colorful crop generated such positive economic impact for what was, by then, the city of Delray Beach that, in 1947, the Gladioli Festival and Fair was founded. The festival, which ran through 1953, was a way to boast about the abundance of local crops. But it served to attract tourists and future residents as well.
The festival’s mission was, according to a 1948 Delray News article, “to exhibit, develop and further the agricultural, horticultural and other resources of south Florida, and … to present to the people of south Florida, and the world in general, the many and varied advantages to be … enjoyed in this section of the Sunshine State.” 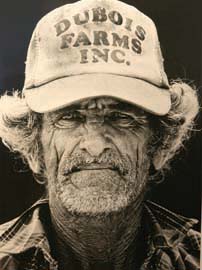 Juan Buaque shows the effects of years working in the sun at Dubois Farms. Shot Aug. 6, 1985

Later, when farming vegetables eclipsed gladioli-growing, the Agricultural Expo replaced the Gladioli Festival. In 1962, the Delray Affair was born.
“People love the various exhibits,” said Cathy DeMatto, a long-time DBHS volunteer who serves as a guide. “They’re impressed with the way the exhibits flow, and they love seeing the Gladioli Festival photos and learning how that event led to the Delray Affair.”
Some visitors have another reason to enjoy their tour, DeMatto noted: “A lot of the people coming through — their relatives and friends are in the photos on the walls.”
Roland Yee, whose 800-acre farm grows 14 types of Asian vegetables, stressed another important aspect of the exhibit: “It helps to educate the public on the importance and foundation on which this area was founded.” 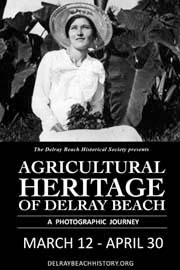