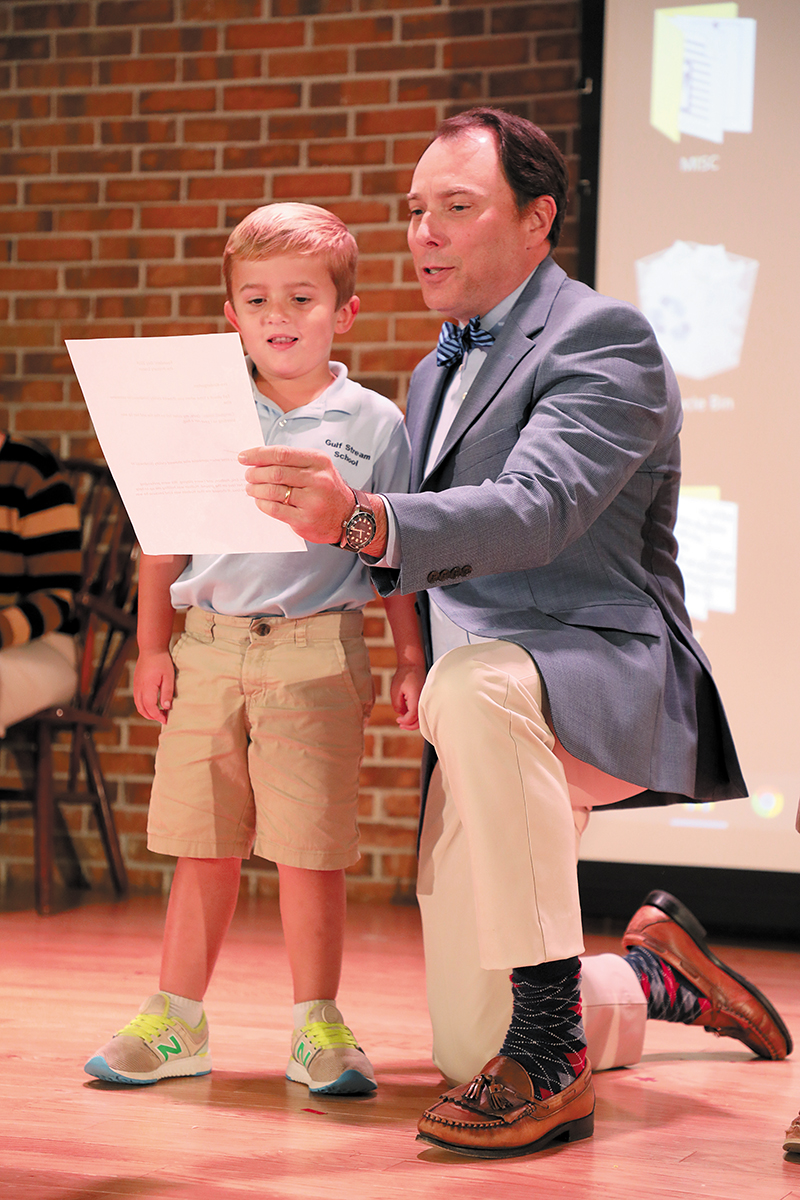 Gray Smith knew Gulf Stream School was unique even before he fled the Maryland winters to become its head of school.

Once he arrived and settled into the role for which he’d been preparing for decades, Smith had a chance to see firsthand what separates Gulf Stream School from similar institutions.

“It really is a special place,” he said last month, just a few days after he’d been officially installed as head of school. “It’s a small community and it’s a warm community.”

Since his arrival in the summer, Smith has been welcomed with open arms by members of that community, which includes parents of current and former students and alumni.

What came as a surprise to Smith was how much activity takes place at the school, just a stone’s throw from his school-provided home, where he can see things going on after school and on weekends.

Maintaining and then building on Gulf Stream School’s powerful sense of community is an important part of Smith’s job. So is his role as an academic leader who is charged with making sure that close to 250 students — ranging from pre-K to eighth grade — get first-class educations.

Smith, who has a doctorate of education and organizational leadership from the University of Pennsylvania, is as much an educator — and lacrosse coach — as he is an administrator.

He is, in fact, teaching two sixth-grade reading classes this semester and will work with the school’s lacrosse program.

“I won’t be on the sidelines,” he says, “but I’ll be doing some coaching.”

Smith’s background with close to 25 years of teaching and serving in leadership roles at independent schools prepared him for his current role.

Prior to coming to Gulf Stream School, Smith, 47, served four years as the head of school at the Harford Day School in Bel Air, Maryland.

He previously served as head of the middle school at Severn School in the Baltimore area and before that served as assistant head of the upper school and dean of students at The Boys’ Latin School of Maryland.

He also held teaching and coaching positions in Kentucky and at Pine Crest School in Fort Lauderdale, where he was a teacher and assistant lacrosse coach in 2002 when the team won a state championship. He served as head coach in 2003.

In his role as an educator, Smith spent his first several weeks at Gulf Stream School visiting classrooms and seeing how skilled the faculty members are at building trust with the students.

He was impressed, he said, when he saw more than one veteran teacher watching over small groups of students talking about what they’re learning and then seeing those teachers work one-on-one with some of the students.

Smith is also focused on bringing some new ideas to the classrooms while not shunning the techniques that are working well. He is interested in inquiry-based learning which poses questions to students and also presents them with problems or scenarios to resolve. “There are some things we can do here to make the great things we’re doing even better,” he said.

Smith’s ability to move forward, without discarding the traditions, sits well with parents like Chiara Clark, the mother of three children at the school and immediate past president of the parents auxiliary.

“I’m impressed at how he’s kept some traditions and added some twists along the way,” said Clark, who chaired Smith’s installation ceremony. “I love that he’s open to ideas and has already learned all the students’ names.”

Clark said she believes the fact that Smith has two sons attending the school will be a benefit.

“I love knowing he is taking a vested interest in all areas of our school because it’s where his kids attend,” she said.

One of the challenges for Gulf Stream School, Smith says, is to get the word out about some of the innovative practices educators are using, as well as about the school’s overall environment.

“We’d like people to know how good we are,” Smith says.

A marketing committee of board members is on the task, but at the same time, Smith sees faculty members taking leadership roles among peers as another way to spread the word.

One example, he says, is to have some of the school’s educators lead workshops where they share the Gulf Stream School philosophy of developing trusting relationships with students that can improve academics.

As Smith continues to build relationships of his own — he greets students and parents every morning at drop-off and again at pickup — he remains mindful of the school’s 80-year tradition of serving the community.

“This feels like a place that is meant to serve the families that are here,” he said.